Mother, 37, is charged with child neglect after ‘she played lookout and getaway driver for her armed robber son’, 15, at a Florida gas station

A Florida mother played lookout and drove the getaway car for her 15-year-old son in the Halloween armed robbery of a convenience store.

Amanda Chere Meador, 37, waited in a 2002 Chrysler Town & Country minivan as the boy – whose identity was redacted from a police report from last Friday – donned a mask and entered Circle K on Halloween last year.

But the teen failed to wear gloves as he handed a clerk ‘a note on paper demanding money’ which was left behind at the gas station store in Winter Park and contained his fingerprints.

We were able to also develop some forensic evidence from a note,’ Bob Kealing of the Seminole County Sheriff’s Office told KSLA. 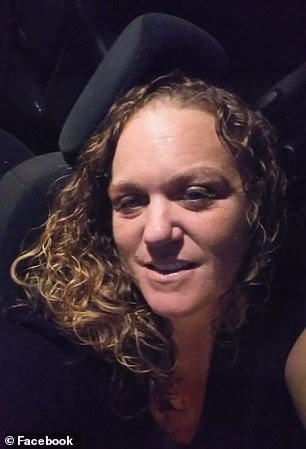 Amanda Chere Meador, 37, was arrested Friday for child neglect (mug shot left, and right in a vehicle). Police say she knew her son was robbing a store October 31, 2019 and helped the cover up

The frightened staff member ‘provided him with money as he left the store’ and Meador was identified as the woman seen on video footage initially in the passenger seat of the blue vehicle.

Two other males were in the vehicle and one was driving until the woman got out re-entered and sat in the driver’s seat to back up.

The robber fled the store October 31, 2019 but the blue minivan was later seen stopping to let him out momentarily.

Police state it ‘stopped and allowed him to exit and recover the money,’ dropped on the ground as he fled.

The getaway motor’s licence plate ‘had been covered or otherwise concealed’, the police report states but a relative interviewed by cops identified Meador as the woman seen on camera.

Footage posted on Meador’s Facebook account also appears to match the vehicle description and suggests she has other sons who drive the van. 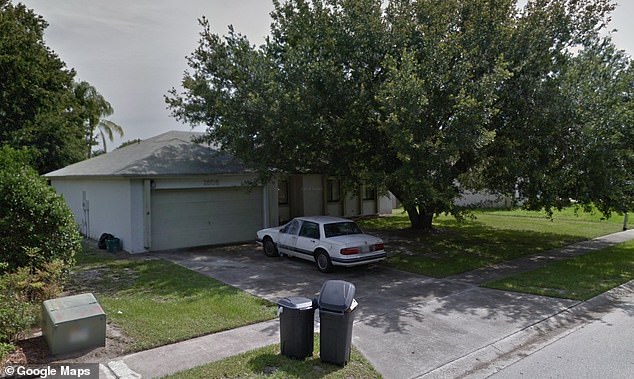 The boy was linked to the scene as he left the note demanding money from a clerk at the scene of the crime. Cops found the mask the boy wore for the robbery at their home three miles away from the robbery scene

Meador captioned the clip: ‘All my freaking son’s [sic] trashed the van!’

Social media indicates that Meador is also mother to a young girl.

During a search of her home, cops discovered the ‘mask and clothing which matched the items worn by the perpetrator of the robbery’.

Police said they have reason to believe Meador ‘had knowledge the robbery was to be committed’ and ‘actively encouraged’ the child to ‘commit and act which could reasonably be expected to result in physical injury’.

It states she helped him escape, arrest detection or punishment.

‘This suspect was a willing participant in that she knew that this armed robbery was going to happen,’ Kealing continued. ‘She served as a lookout.

‘Had the store clerk decided to use some sort of force to defend themselves, this minor could have been injured or even killed. It was a terrible decision on her part.’

She was charged with Principle to Robbery with a Firearm and felony child neglect.

Meador has past convictions for theft, possession of drug paraphernalia, probation violation, and driving without a license.

She was held without bond in Seminole County Jail and her arraignment is scheduled for March 10.

Her son is being held in a juvenile detention center. 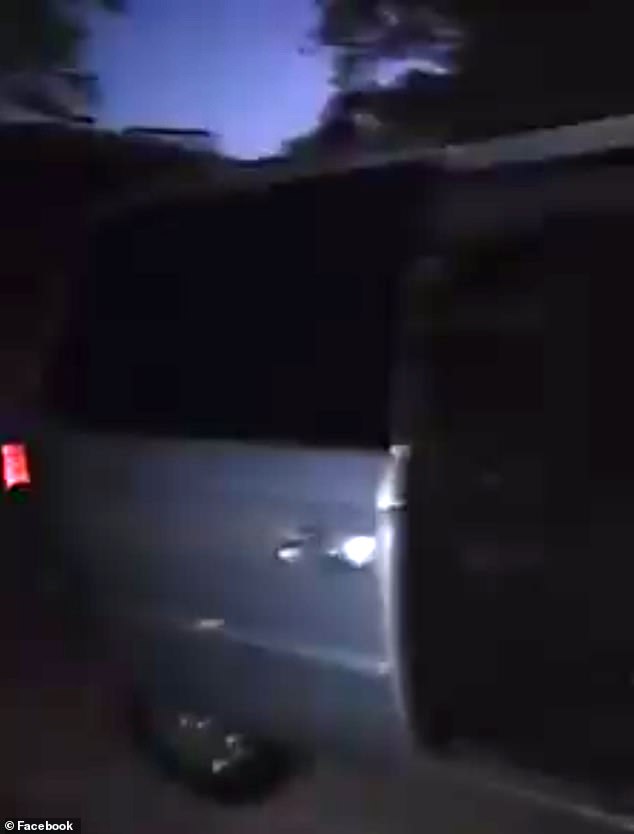 All my freaking son’s trashed the van!