Mother, 39, left her baby inside sweltering hot car alone in Arizona Target parking lot because her ‘other three children who were excited to buy things had distracted her’

Holli Platt, 39, told Chandler police that her other three children had gotten excited about shopping at Target, distracting her and making her forget her baby inside the hot car

Arizona police detained a mother-of-four after she admitted to getting overwhelmed and leaving her baby in a blazing hot car while she shopped at Target.

Chandler police were called to a Target at 3777 S. Arizona Ave at approximately 4.22pm and learned that a baby was crying and sweating inside of a parked car.

The vehicle was not running, according to court documents obtained by AZ Central.

One of the people who called police, broke the window and took the baby out of the vehicle with help from the 911 dispatcher.

The caller then handed the baby over to Chandler firefighters once they arrived on the scene.

Personnel were then able to determine that the baby just had high blood pressure.

While the baby was being checked out, the infant’s mother – Holli Platt – rushed outside and left her other three children inside the store. 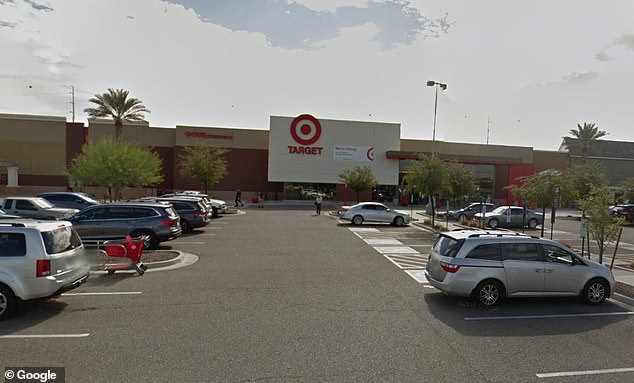 She had rushed outside after hearing her name announced over the store’s intercom, court documents reveal.

Platt reportedly told police that she forgot the baby inside the car because her other three children who were excited to buy things had distracted her.

Reviewing store surveillance footage, police determined that the baby was inside the car for approximately 18 minutes. 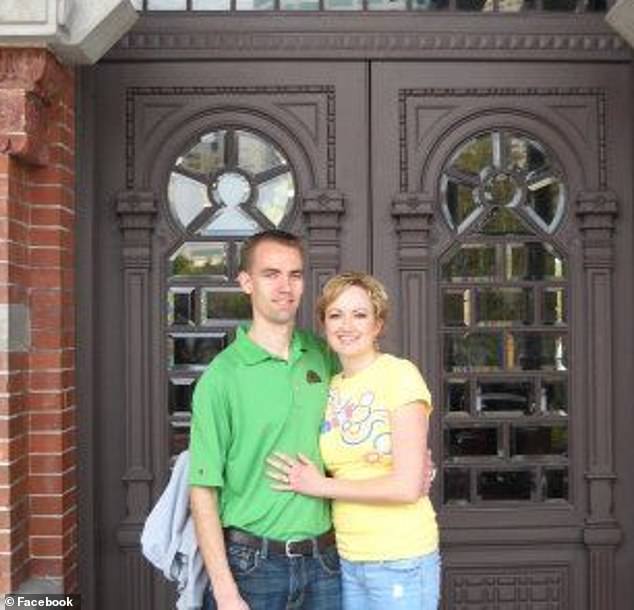 Platt’s children were released to her husband as she was arrested. The woman was booked at the Maricopa County jail on one charge of child abuse

Temperatures were at a staggering 112degrees and police believe that the temperature inside the car could have gone up 25degrees while the baby was inside.

Platt’s children were released to her husband as she was arrested.

The woman was booked at the Maricopa County jail on one charge of child abuse.