Mother, 40, uses flamethrower on an overgrown plant… but slips and scorches her neighbour’s house

Woman who set fire to her neighbour’s house while using a flamethrower on an overgrown plant is fined £1,000

Dina Whitehouse, 40, was fined £1,000 for damage caused in the incident last July

After growing tired of waiting for her partner to tackle the overgrown ivy on the front of her house, one woman took matters into her own hands.

But rather than resorting to shears or clippers, Dina Whitehouse selected a slightly more extreme pruning option.

She bought a gardener’s flamethrower from her local supermarket and set about trying to destroy the ivy – which had grown so high it reached her daughter’s bedroom.

But her efforts went disastrously wrong when she fell off the stump on which she was standing in her flip-flops, still wielding the flaming instrument.

As she fell, other vegetation nearby started to smoulder and the fire quickly spread, causing damage, not only to her own home, but to that of her elderly neighbours, too.

In a frantic attempt to stop the fire, buckets of water were thrown over the slowly smouldering undergrowth.

But, in an unfortunate twist, the fire did not go out and the fire service were called out to properly extinguish it. 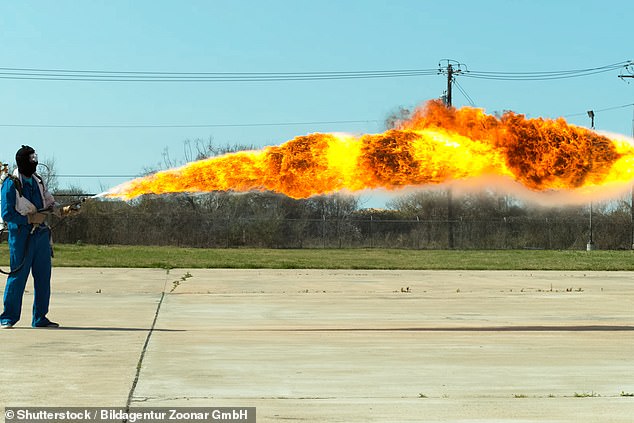 She bought a gardener’s flamethrower from her local supermarket and set about trying to destroy ivy on the side of her house. Stock picture

Whitehouse, 40, was left red-faced and £1,000 out of pocket after she was fined for the chaos and damage caused in the incident last July.

She was also ordered to pay £101 in compensation and £250 in court costs after Judge Ian Lawrie QC told her she had been ‘stupid, if not foolish’.

Whitehouse, of Dursley, Gloucestershire, was originally charged with arson endangering life – but the prosecution agreed to drop that charge at an earlier hearing.

She pleaded guilty at Gloucester Crown Court to a less serious charge of damaging a building belonging to Stroud District Council by arson, on Thursday. 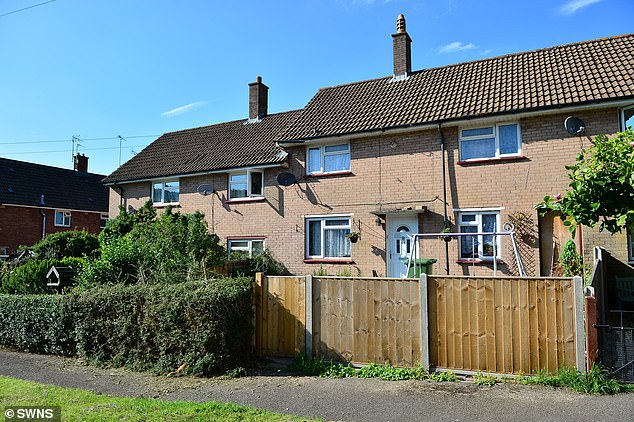 Whitehouse, of Dursley, Gloucestershire, was originally charged with arson endangering life – but the prosecution agreed to drop that charge at an earlier hearing. Pictured is her house

Her solicitor Steve Young said she had simply been trying to remove ivy from the wall of the semi-detached house where she had lived for the past 18 years.

‘The ivy had reached her daughter’s bedroom window which caused bugs to enter the room. She had asked her partner to deal with it, but he refused,’ he said.

‘After seeing a flamethrower in a supermarket, she had the bright idea of using it to solve the problem.’

He added: ‘Whitehouse admits what she did was reckless as it damaged the neighbouring property owned by an elderly couple.’

Judge Lawrie said to her: ‘The kindest thing I can say about your actions is that you were stupid, if not foolish. It was a complete disregard for health and safety.’

Flamethrowers typically use gas or liquid fuel, which is ignited at the end of the barrel.

They are often advertised as an effective way of controlling weeds in the garden without the need for chemicals.