Mother, 44, claims an Australian removals firm lost £22,000 worth of items

A mother claimed an Australian moving company lost £22,000 worth of ‘priceless and sentimental’ family possessions when she relocated to the UK.

Jo-Ann Wolff decided to return home to London three years ago after spending four years on Queensland’s Gold Coast with her Australian husband.

But when it arrived in London months later, the mother-of-three said she was ‘horrified’ to find 70 of the 126 items they packed missing – including her wedding dress.

Metro Movers, who are based in Brisbane, said Mrs Wolff should be complaining to her insurance company, not them.

Mrs Wolff said: ‘After spending four years on the Gold Coast, we decided to move back to London for my husband’s work purposes.

‘Kyle had already picked Metro Movers as they had excellent reviews and being a national company we were confident that they would be reputable, competent and reliable. 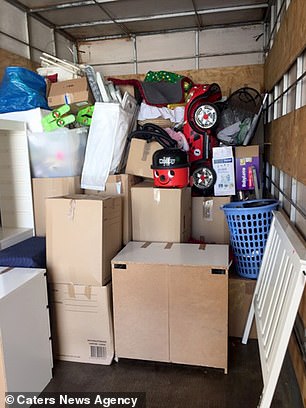 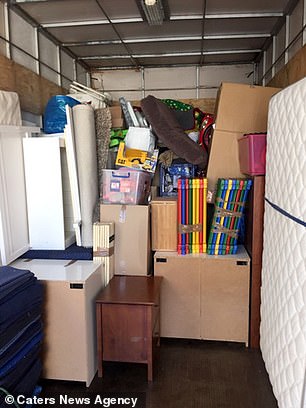 Mrs Wolff claims she forked out £6,600 for a six-metre private shipping container with Metro Movers – but less than half of the 126 items they packed arrived (pictured)

‘Once we had settled, we gave them the go ahead to organise the international shipment of our belongings from their storage facility in Brisbane.

‘We thought everything was fine and three months later we received notice that our things had arrived. It took two men less than 15 minutes to offload everything. I knew straight away something was not right.

‘I followed up the procedure for reporting missing items and waited to receive a response, but nothing came.

‘Precious items such as my wedding dress and other priceless mementos were gone, as well as important documents, most of our household belongings and big pieces of furniture. I was heartbroken.’

Mrs Wolff claimed ‘most of [her] household items’ such as couches, a washing machine and beds were missing, as well as ‘expensive’ pieces of clothing. 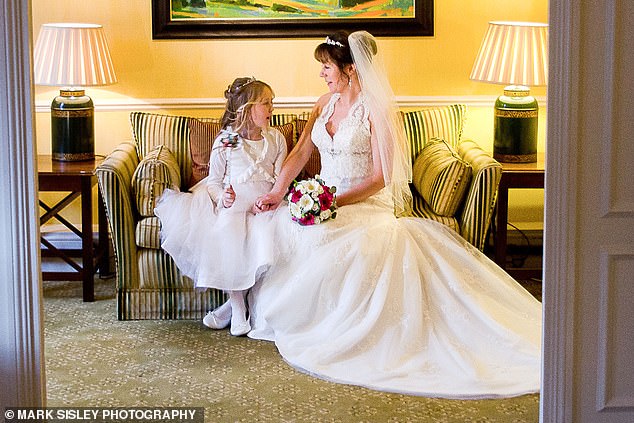 Mrs Wolff said the biggest blow was losing her £2,000 ($3,625AUD) wedding dress, which she had hoped to pass on to her daughter Sophie (pictured together on her wedding day)

Mrs Wolff said she did not take out insurance as she claims Metro Movers promised to compensate if anything went wrong in their terms and conditions.

She said when her husband eventually spoke to Metro Movers, they were told that her items had actually been packed into a shared container with other people’s belongings – and not the private shipping container the pair had paid for.

Additionally, Mrs Wolff claims Metro Moves admitted they had used a subcontractor to do the job – but allegedly could ‘no longer help’ as the subcontractor had since gone out of business.

She has now created a Facebook group in a desperate attempt to find out what happened to her wedding dress. 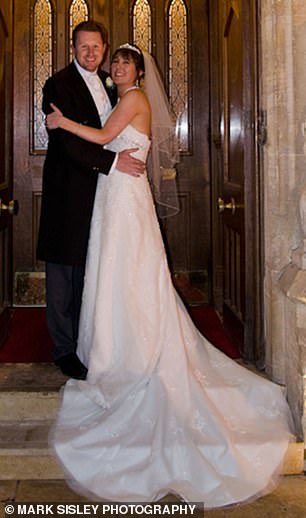 Mrs Wolff said: ‘I had no idea they had used a subcontractor and was not informed about any of this. I was furious.

‘We received a message from Metro Movers that the subcontractor had gone out of business and therefore they could no longer help us.

‘There was no apology, no offer of help and no goodwill gesture. We were beyond shocked.

‘My wedding dress meant everything to me as it signified the end of a rocky few years and the start of a new chapter in my life. I wanted to keep it forever.

‘All I want is to be reunited with our belongings. I just hope that someone out there in the world might have some information that can help us.’

In a statement, Metro Movers director Peter Borain said: ‘Mrs Wolff should be directing her claim to the insurance company she has taken out insurance with for her international relocation.

‘If a customer has declined and chosen not to take out insurance cover, and therefore have not paid an insurance premium, (they) are then not insured for loss or damage and are therefore unable to make a claim for same.’