Mother, 51, is jailed for 14 years after stabbing her bingo night friend, 63, in the neck

Mother, 51, is jailed for 14 years after stabbing her bingo night friend, 63, in the neck with a Stanley knife when she accused her of stealing their £4,000 winnings

A mother has been jailed for 14 years for stabbing her bingo night friend who accused her of stealing £4,000.

Paula Ayres, 51, stabbed her friend Julie Page, 63, in the neck and back with a Stanley knife in Bishop’s Waltham, Hampshire, forcing her to play dead to get away.

The friends spent years sharing their winnings, with Mrs Page even giving her bank card to Ayres, who withdrew cash every Sunday when they went to play bingo.

Mrs Page told the court she believes Ayres overheard her on the phone to her sister earlier that day when she discussed her suspicions about who had taken the money.

Later, Ayres stabbed Mrs Page in the neck twice and five times in the back. Her ear was also ripped because her earring had been pulled out.

Paula Ayres, 51, from Hampshire, stabbed her friend Julie Page, 63, in the neck and back with a Stanley knife after a row over missing £4,000 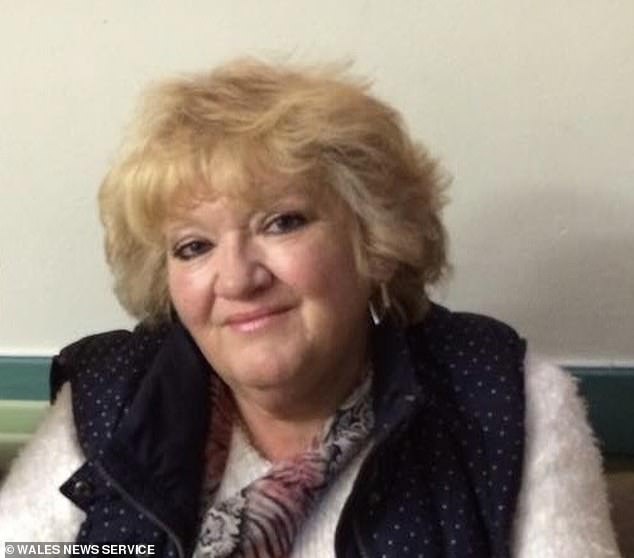 But Ayres was arrested soon after and police found she had put the Stanley knife in her washing machine to cover up the crime.

In court, Ayres claimed she had loaned cash to her friend on their bingo trips, but Mrs Page said: ‘I’ve never taken a penny off the woman.’

Traumatised Mrs Page opted to give evidence from behind a curtain in court – and said she ‘shocked’ when her friend of twenty years put her hands around her neck during the confrontation.

She told Porstmouth Crown Court: ‘I said to Paula, what’s wrong with you? Why are you doing this?’

However, jurors found her guilty.

Paul Casey, defending, told the court he could offer ‘no mitigation’ for the ‘extremely grave offence’.

Speaking after the hearing, Detective Constable John Duggan said: ‘This was a horrific assault on a vulnerable lady in her own home, by a woman who was supposed to have been a friend of some years.

‘It was intrinsically linked to the theft of nearly £4,000 from the victim’s bank account.

‘The severity of the offence is reflected by the sentence the judge has passed.’