Mother and daughter look unrecognisable after losing 12 stone between them

A mother and daughter, who were sofa slobs, now look unrecognisable after they ditched the carbs and dropped 12 stone between them – in just 8 months.

Zoe Boddy, 28 and her mother, Diana Dick, 56, from Hilperton, Wiltshire, shed the pounds in under a year – and now even borrow each other’s clothes.

The pair, who weighed a combined 36 stone, have thanked The Cambridge 1:1 Diet Plan, for their dramatic weight loss after they were formerly addicted to eating heavy carbs like potato and bread.

Strangers have even assumed Zoe, and Diane, who are now both 11 stone, are sisters as they look so alike.

Diane said: ‘We didn’t think to exercise, and before I’d never have dreamt of going on a 26 mile walk.

‘We’d sit in and watch TV with the kids, with our constant grazing, I’d think nothing of it.

Before: Diana Dick, 56, from Hilperton shed the pounds over the course of eight months on the Cambridge plan – she weighed 18st 5lb before

Zoe Boddy, 28 was addicted to eating heavy carbs like potato and bread and weighed 17st 5lbs 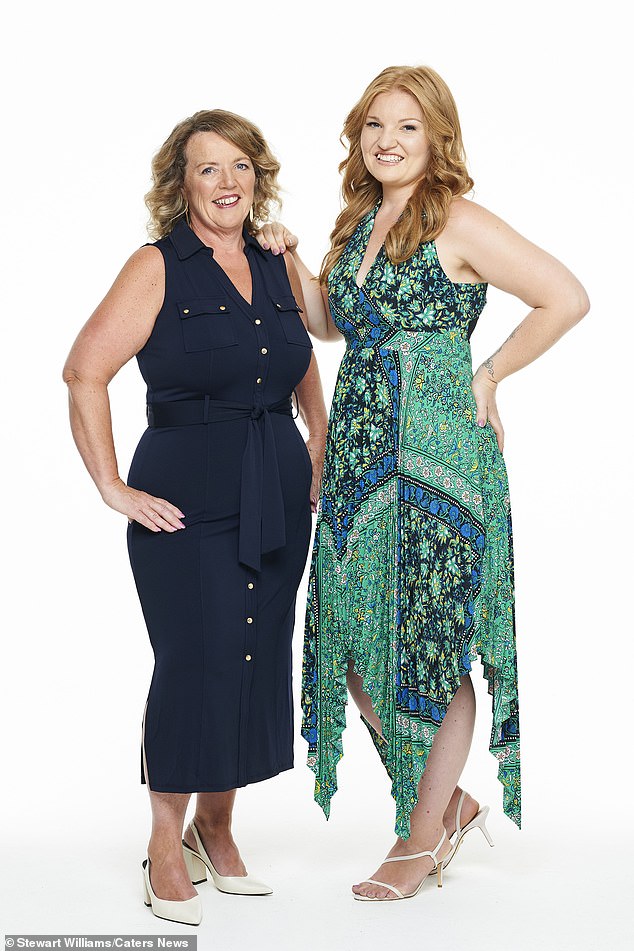 ‘Weighing 18st 5lb myself, I knew my daughter Zoe wasn’t far behind me and the entire thing had spiralled out of control.

‘I knew without a doubt, I wanted to see my grandchildren grow up and that was when it hit me, and I burst into tears.’

Zoe had already tried to make the change by joining The Cambridge 1:1 Diet Plan one month before Diane, but without her mother, she was struggling.

Zoe said: ‘At my heaviest I weighed 17st 5lbs, and was constantly snacking out of sheer boredom.’ 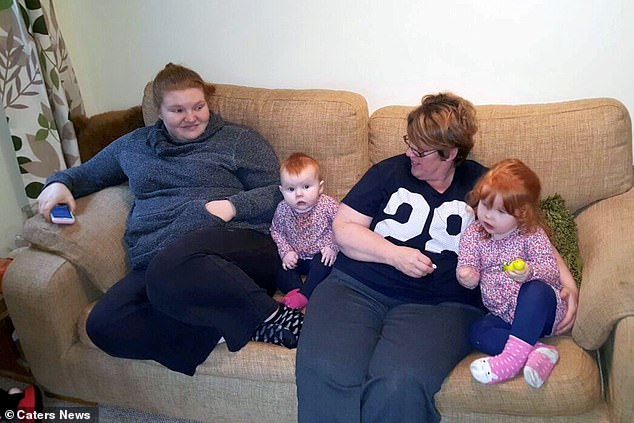 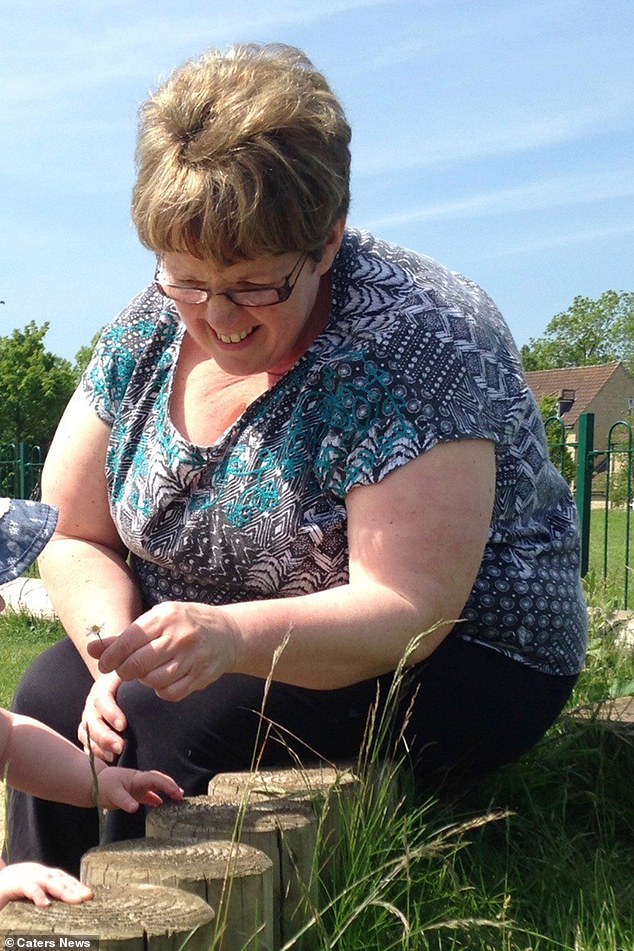 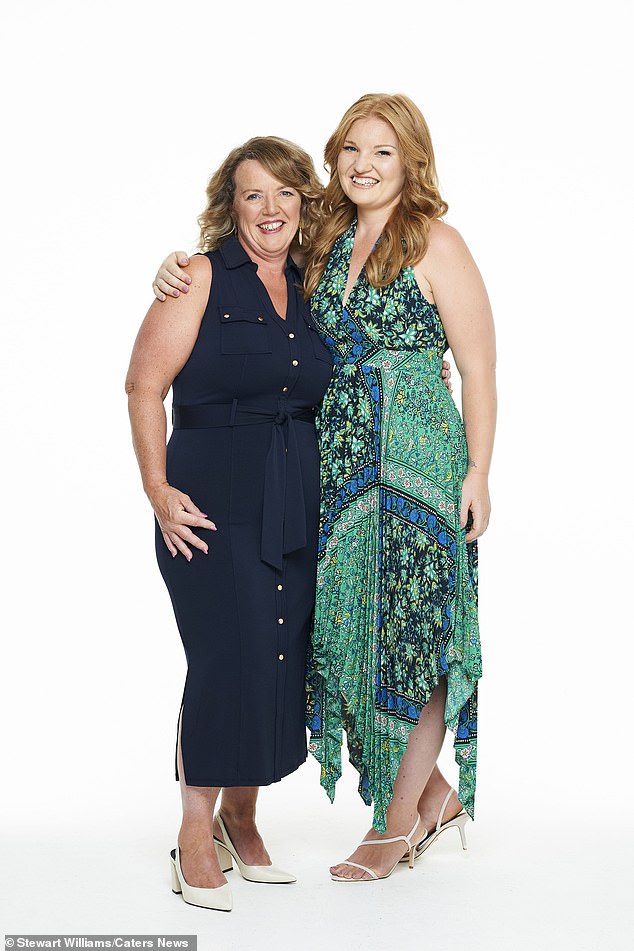 After the weigh loss – strangers have even assumed Zoe, and Diane, who are now both 11 stone, are sisters as they look so alike

‘I’d snack constantly and when me and mum were together, we’d graze together.

‘Joining the diet plan, I’d been skeptical from the beginning but after going on a night out with my friend and seeing what I looked like compared to my friend, I knew things had to change.

‘But it wasn’t till after mum rang me, crying her eyes out about her weight that I realised we needed to change our ways.

‘It was a stroke waiting to happen and despite it being a week before Christmas, I’ve never seen mum more determined, and she spurred me on. 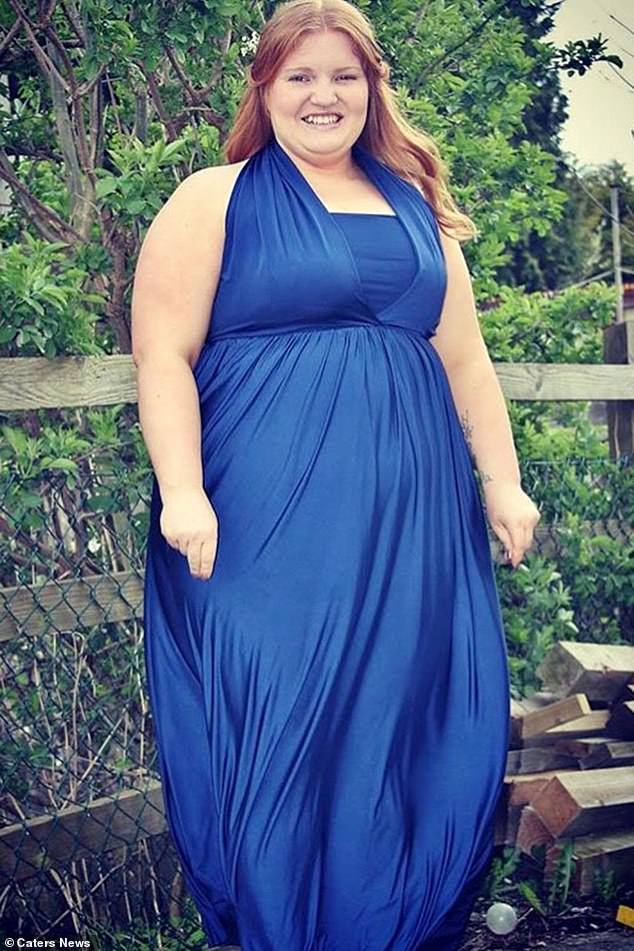 Zoe Boddy, 28, from Wiltshire, at her biggest, before she lost weight  – she said she used to snack constantly 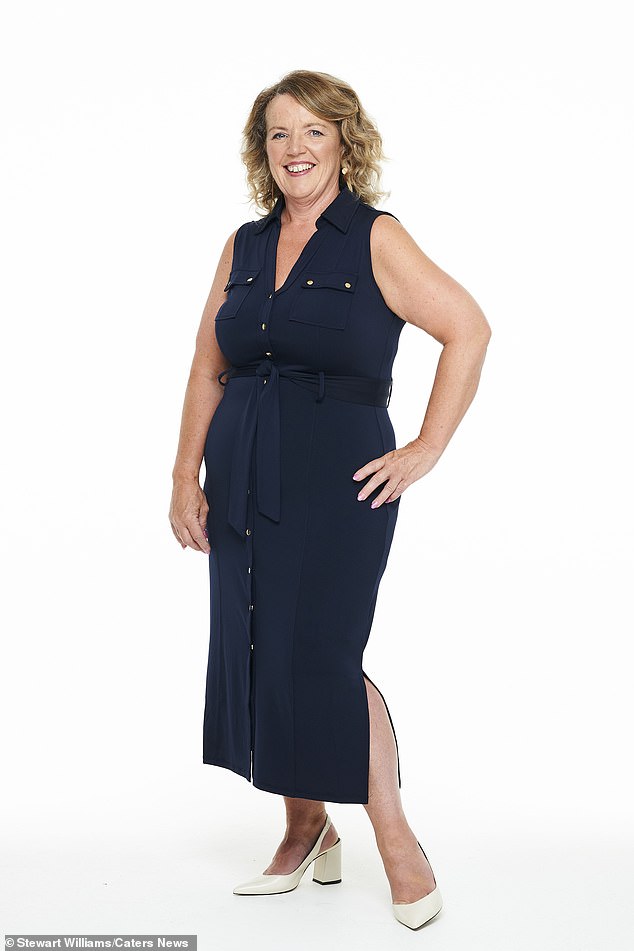 Diana (pictured now) said that her wieghtloss has meant that people, even her own family, don’t recognise her

‘My two girls Luella, 6 and Thea, 4 needed to have a mum who could run around and keep up with them.’

Diane added: ‘I joined the same diet plan group as Zoe, a week before Christmas 2017.

‘Over Christmas, I lost ten pounds with very little gain, and it continued with anything between two to four pounds lost at each weigh in. 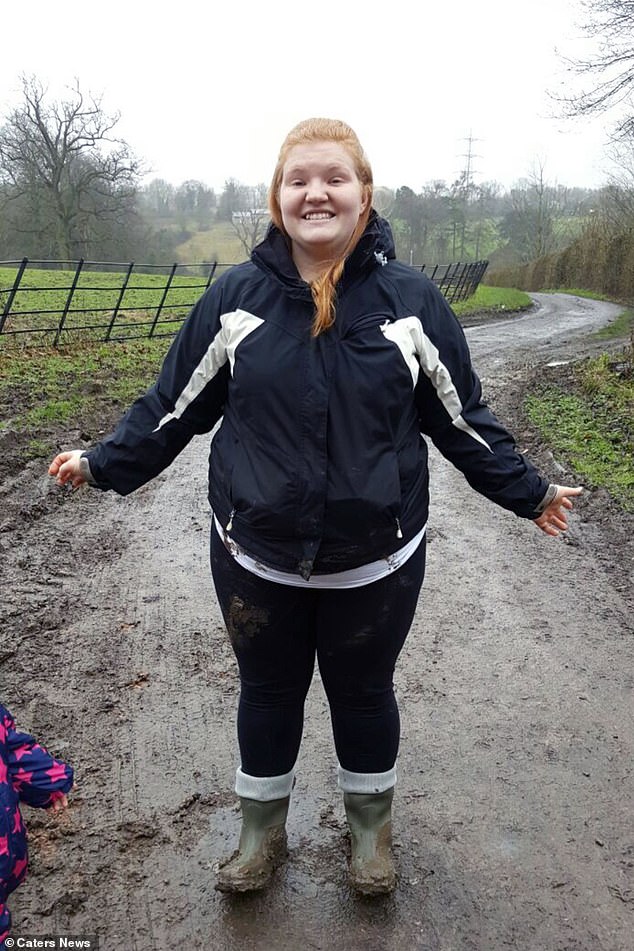 Zoe before the weight loss – she said she did it for her two girls Luella, 6 and Thea, 4  -a s they needed a mum who could run around and keep up with them 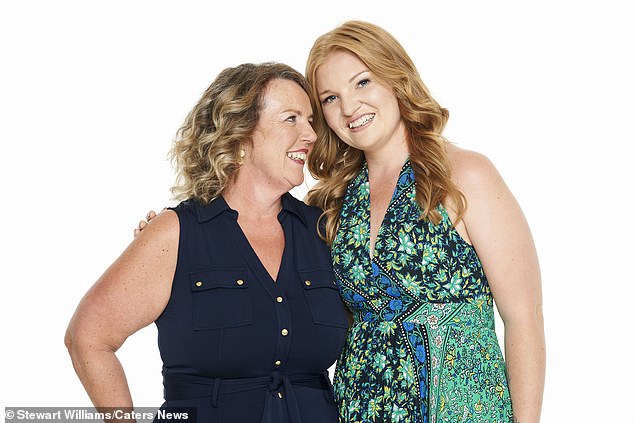 Zoe (right) joined The Cambridge 1:1 Diet Plan one month before her mother Diane, but without her she was struggling

‘By August 2018, only eight months in, I’d lost seven stone – almost at a stone per month.

‘It was hard work but I knew my downfall was chocolate, like Zoe and for me also drinking pints of cider.

‘A typical day of eating before I began, consisted of slices of toast with some yogurt for breakfast.

‘Then lunch would be sandwiches, cakes and crisps. 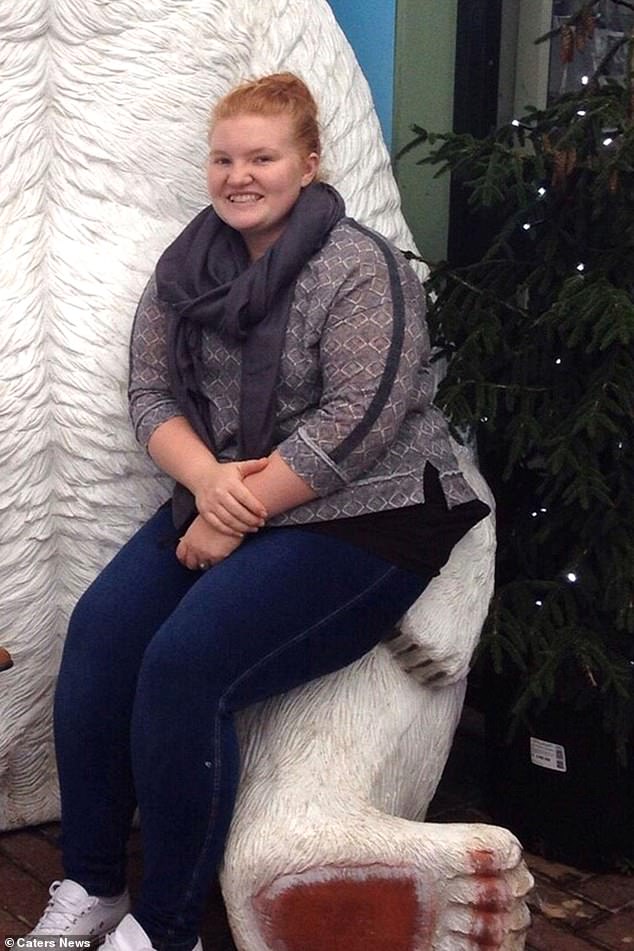 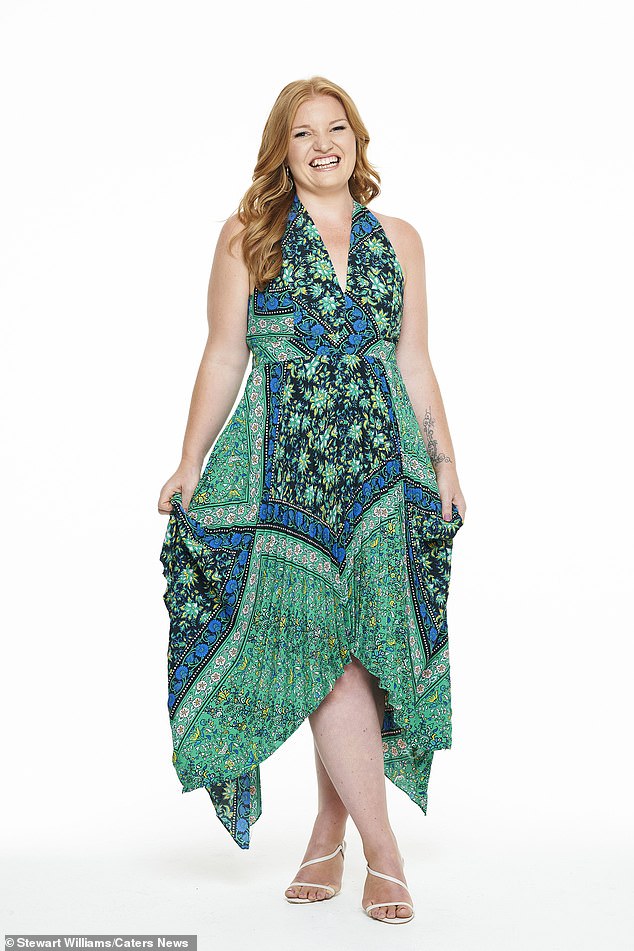 ‘By dinner, I’d be having fish and chips or something similar, but I’d be constantly grazing, on ice cream, chocolate, anything sweet.’

Zoe said, ‘For me, I was terrible at portion control – whilst I’d be having fruit for breakfast, toast for lunch and something like sausage and mash for dinner, I didn’t know how much to have of it.

‘I was eating enough for two people. Now, like mum, I’ve switched to having porridge or cereal bars for breakfast.

‘Then lunch is something like chilli but for lunch and dinner, I work to cut out the carbs. 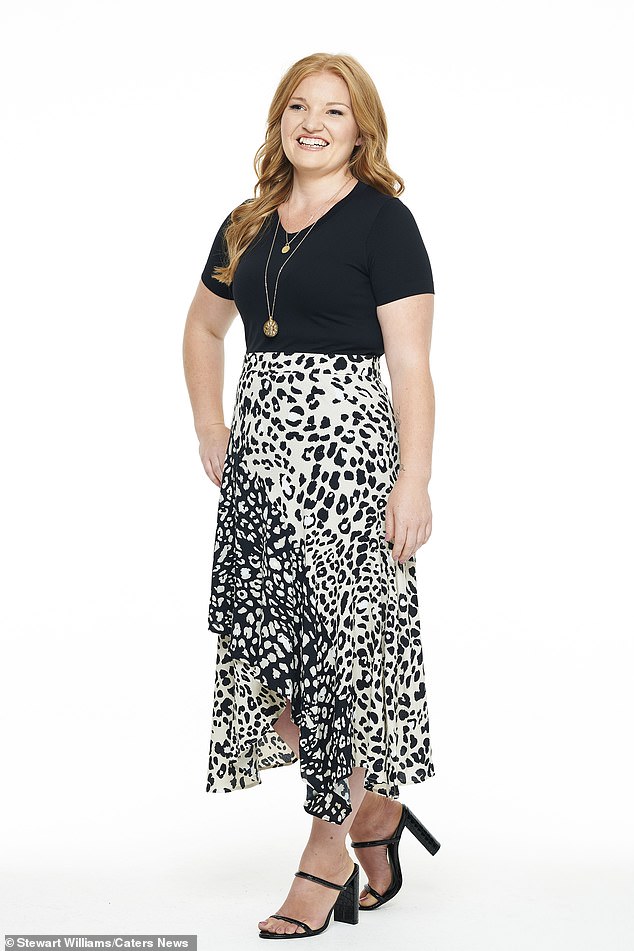 ‘Eight months on, I was weighing 11 stone and the doctors were totally amazed.

‘Mum weighs the same, and now it’s amazing. We’re able to walk into a shop and pick up clothing that we will know fits.’

Diane added: ‘Before I didn’t want to go out, but now I’m loving life, I feel like a different person.

‘I went to my niece’s wedding and my own brother didn’t recognise me when we stood at the bar for ages.

‘I’m able to have my grandchildren and walk over 26 miles.

‘In the past, I’d lost a baby and used that as a reason to comfort eat for over 20 years.

‘Losing the weight has given me a new lease of life. We definitely aren’t sofa slobs now.’

Breakfast: Slices of toast with some yogurt

Dinner: Fish and chips or something similar and ice cream