A mother and daughter who were diagnosed with breast cancer within weeks of each other have both been given the all clear.

Lucy Eardley, 37, from Macclesfield, Cheshire, discovered she had the disease in July 2016, with her mother Angela Bucknell, 64, receiving the same diagnosis eight weeks later.

After two years of enduring surgery, chemo and radiotherapy, both women were told they are cancer free at the end of last year.

‘We were able to pick each other up when we felt down and we were always making jokes, which brightened the mood even when treatment was grueling.’

The pair will be taking part in a sponsored fashion show for the cancer-support clinics Maggie’s Centres and are speaking out to help raise money.

One in eight women in the UK are diagnosed with breast cancer at some point in their lives.

Mother-daughter duo Lucy Eardley (right) and Angela Bucknell (left), who were diagnosed with breast cancer within weeks of each other, have both been given the all clear 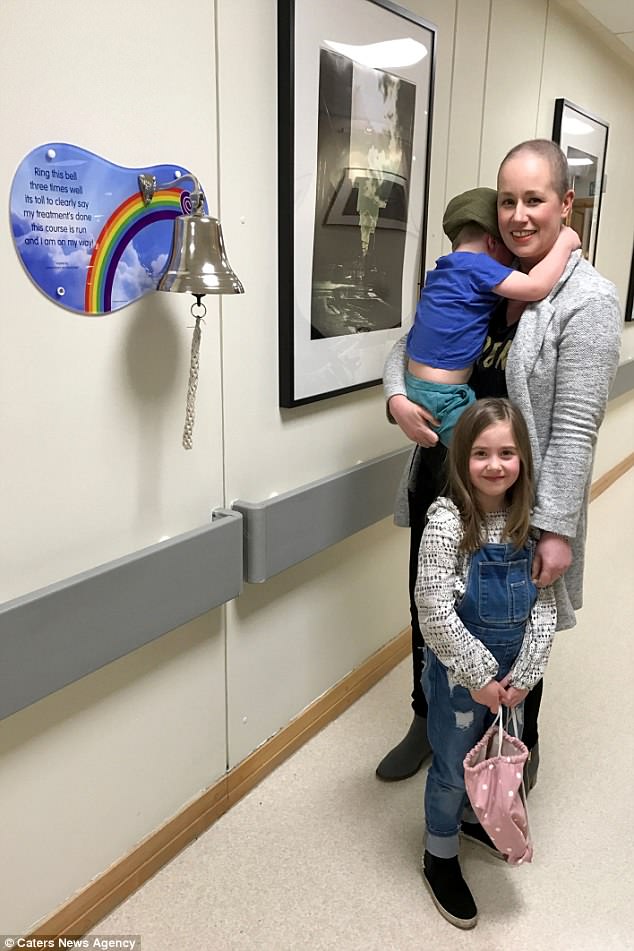 Ms Eardley (pictured with her children Holly, seven, and Charlie, four) was diagnosed in July 2016. She is shown after ringing the ‘cancer bell’, signalling she is free of the disease 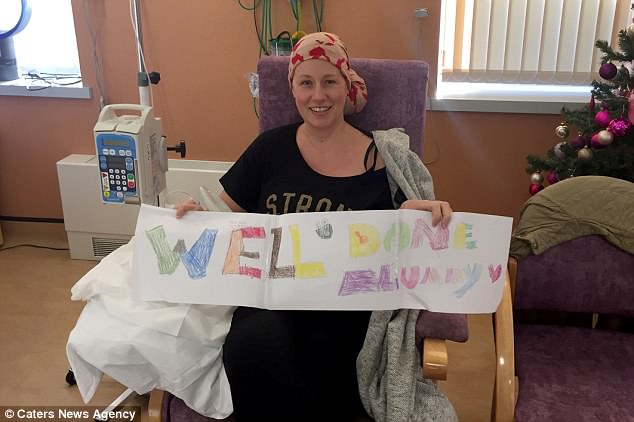 Pictured while having chemotherapy, Ms Eardley supported her mother during her treatment

‘We’d always pick each other up’

Speaking of their diagnoses, mother-of-two Ms Eardley, a receptionist, said: ‘It was devastating to both have cancer at the same time.

‘When I first found a lump I never imagined it would be cancer but my shock diagnosis prompted mum’s diagnosis eight weeks later as she also found a lump.

‘Despite both being petrified we stayed positive during it all, I was even laughing and smiling as my head was being shaved with my kids, Holly, seven, and Charlie, four.

‘I’d laugh to mum and say “I can’t have anything for myself can I?”

She added: ‘We’d always pick each other up when the other was down, it was an awful experience but it felt incredibly comforting that I had my mum going through the same.

‘Most of our treatments were on the same day and although we weren’t always at the same hospital, we were always checking up on each other.’ 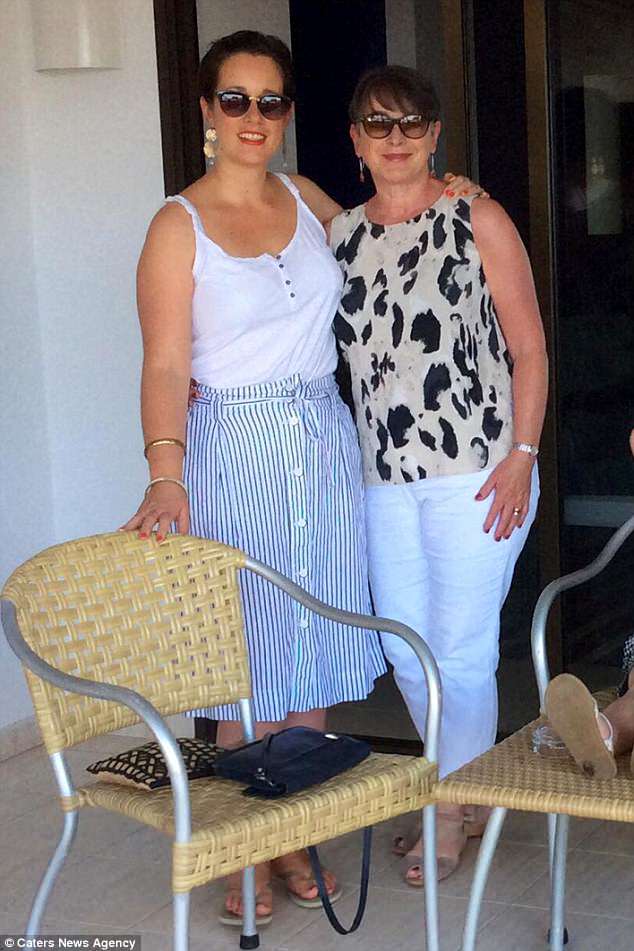 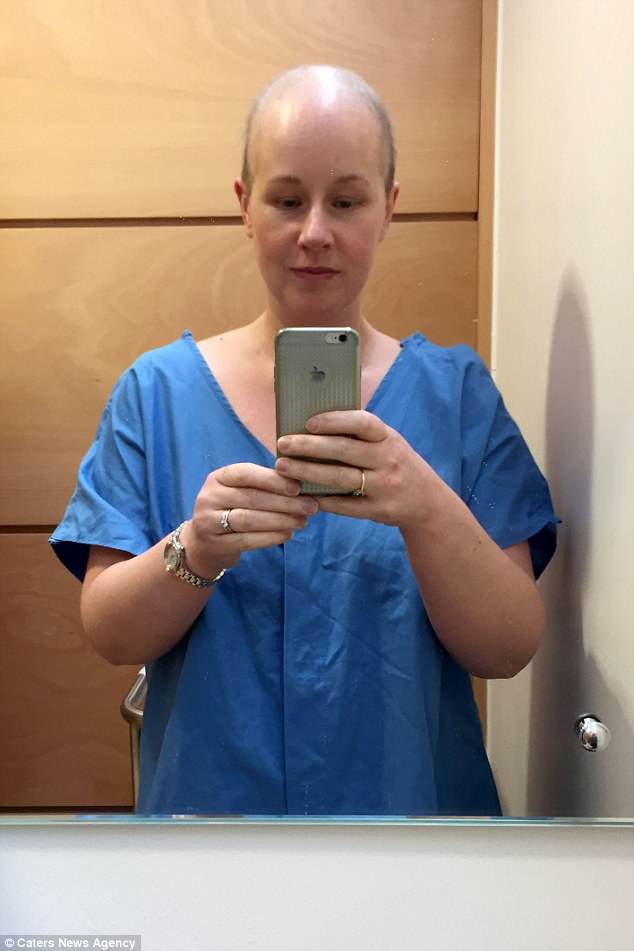 Grueling chemotherapy caused the mother-of-two to lose her hair 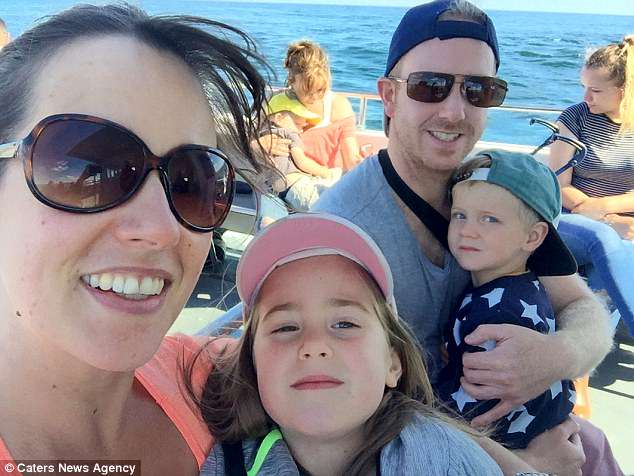 Speaking of her treatment, Ms Eardley said: ‘My cancer was fast growing and aggressive and I knew I’d need chemotherapy to survive.

‘I had an operation to remove the lump and my mum needed the same thing before starting her radiotherapy.

‘I’d just started my chemotherapy when my mum was diagnosed.

‘It was such a scary time but thankfully hers was a lower grade and she didn’t need the same grueling treatment as me.’

Ms Bucknell added: ‘I couldn’t be happier that two years after our journeys began that we can both say we’re cancer free.

‘We’ll both need check-ups every year to ensure our breast cancer hasn’t returned.’

The pair are preparing to walk in the show Maggie’s on the Runway at Manchester airport on June 16.

Around 55,200 people are diagnosed with breast cancer in the UK each year. One in eight women develop the disease during their lifetime.

The illness can cause a number of symptoms, but the first noticeable symptom is usually a lump or area of thickened breast tissue.

Most breast lumps aren’t cancerous, but it’s always best to have them checked by your doctor.

According to NHS Choices you should also see your GP if you notice any of the following: 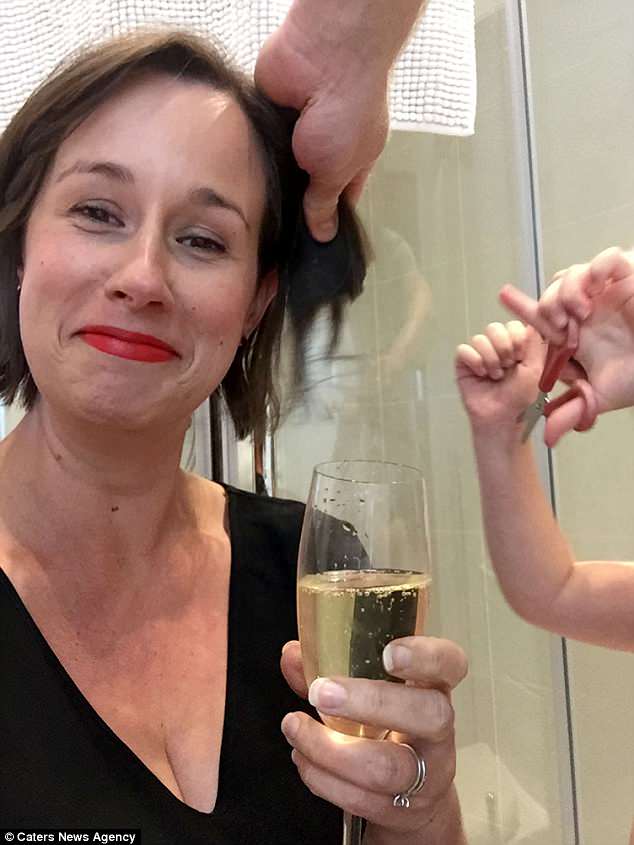 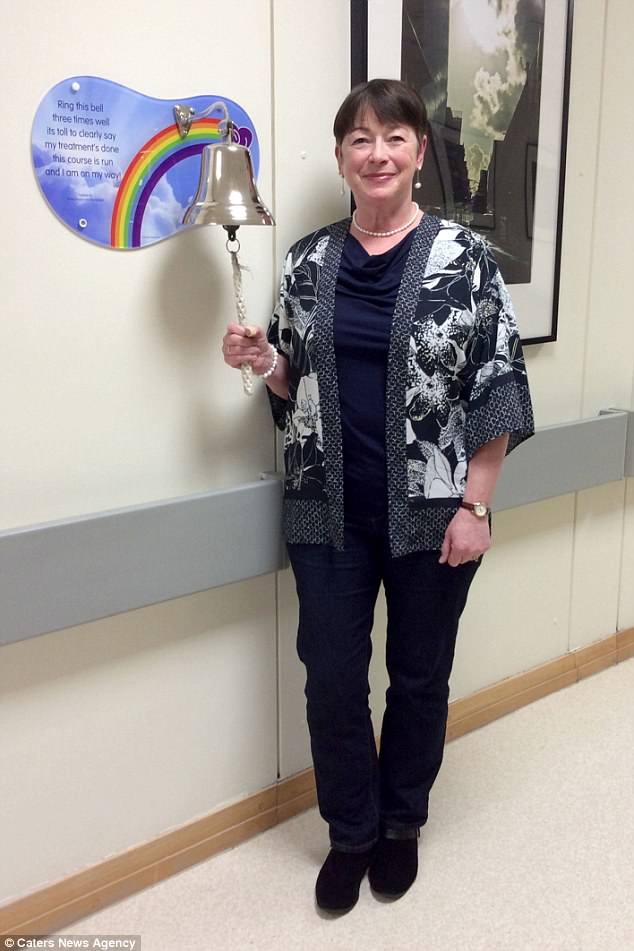 Ms Bucknell, who did not need such invasive treatment, also got to ring the cancer bell 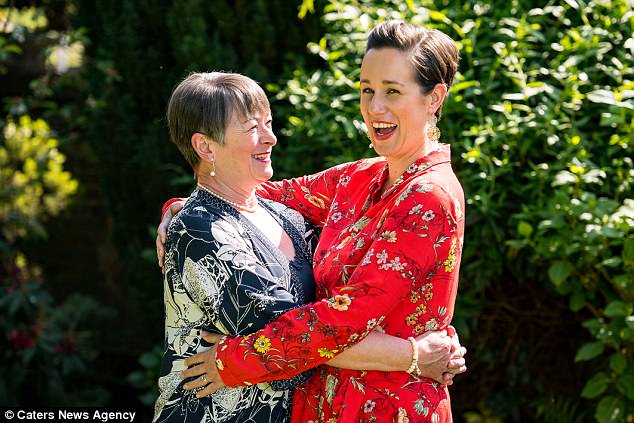