Roxanne Davis (pictured right outside Winchester Crown Court at an earlier hearing last month), 30, has been found guilty of causing the death of her baby son

A sobbing mother screamed ‘murderer’ at her ex-boyfriend as they were both found guilty of causing the death of her three-week-old baby.

Roxanne Davis, 30, and Samuel Davies, 24, were convicted of causing or allowing the death of her baby Stanley at Winchester Crown Court today.

The newborn died in hospital on March 28 last year after suffering a fractured skull and a brain haemorrhage.

He had also been admitted to Portsmouth’s Queen Alexandra Hospital for 32 rib fractures and nine more to his arms and legs on three other occasions.

As the verdicts were read out in court today, Davis, of Gosport, shouted at her former partner, of Southampton, as she burst into tears.

After the pair were told they would be remanded in custody until sentencing next month, Davis shouted: ‘You have got it wrong, Sam just tell them you done it.’ She added: ‘Thanks a lot Sam you murderer.’

They both tested positive for cocaine and cannabis after baby Stanley’s death.

The court heard the pair, who are not married but share similar surnames, had a fractious relationship, with the police scrambled to their flat on March 13 after neighbours heard shouting.

The first sign that Stanley had suffered any harm was when a health visitor found a bruise behind his right ear. 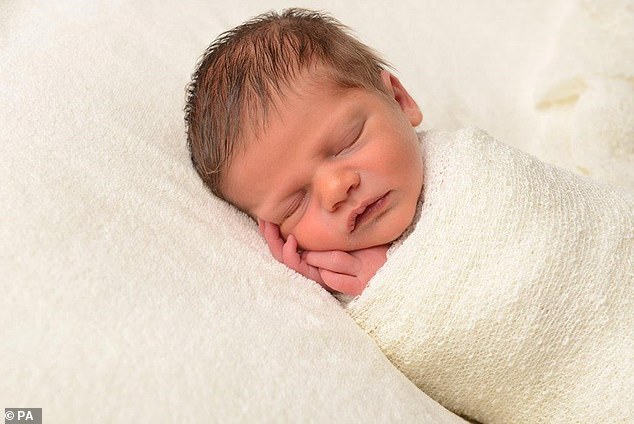 Davies told the court that Stanley was looked after by him, his mother and her family, and added: ‘That baby from day two was passed around like a parcel.’

Prosecutors said that on March 15, Davies had taken a photo of a newspaper article about a mother who had taken her dead baby on to a bus to avoid detection over the child’s death from a head injury.

The court also heard how she had posted a video on Facebook on March 20 – the day before Stanley was taken to hospital – of him having a fit, along with the comment: ‘My baby is 16 days should he be doing this already.’ The boy died a week later.

Giving evidence, Davis told the court that when her son was born she was ‘over the moon’, and added: ‘I had my whole world in my hands.’

After Stanley’s death a crowdfunding page was set up to raise money for his funeral, which accumulated £2,300 in total.

His mother had written on the crowdfunding page that her son had been her ‘miracle baby’ after being told she would not be able to have children when she was younger. 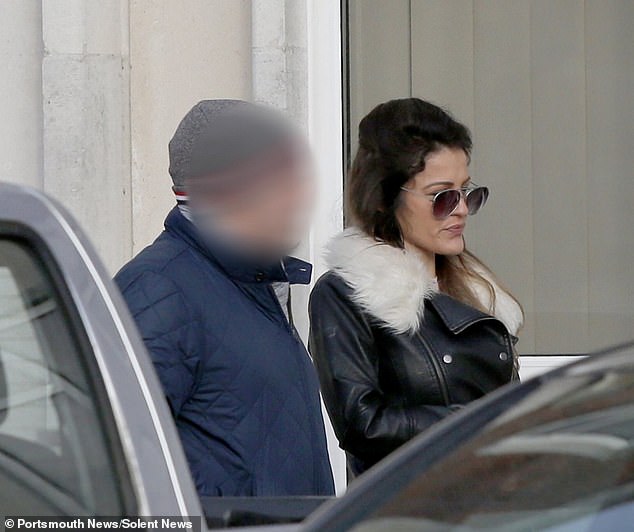 Carl Anderson, of the CPS, said: ‘During post-natal appointments and check-ups, Davis and Davies gave medical staff the impression there were no problems with Stanley and only reported difficulties in getting him to take his milk.

‘The reality was quite different. Both knew Stanley had already suffered serious injuries but neither said anything, leaving Stanley without the medical attention he desperately needed.

‘Both the defendants denied killing Stanley but it was clear from all the evidence that one of them had caused the horrific head injury that killed him.

‘The other was, or should have been aware, that there was a risk of serious harm to Stanley because of the multiple fractures he had already suffered but instead of doing something to prevent anything further happening to him, they did nothing.

‘Our thoughts are with the members of Stanley’s extended family who have lost a child in such harrowing circumstances.’

Derek Benson, chairman of the Hampshire Safeguarding Children Board, confirmed after the trial that a review is being carried out of the handling of child’s care by the authorities.

He said: ‘I can confirm that an independent review relating to this case has been commissioned and a report will be published in due course on the outcome, together with any recommendations for improvements in future practice, when this work has been completed.’

Addressing jurors during the trial prosecutor James Newton-Price QC said: ‘In this case, the prosecution cannot say which defendant caused the fatal injury to the head or whether one or both of them caused the bone fractures on the earlier occasions.

‘In this case, it’s necessary to prove that one of them caused the fatal injury and the other allowed it to happen as they were aware, or ought to have been aware, of the risk and they failed to protect Stanley from this.’

He said that text messages between the pair suggested they had little patience with one another.

In one message, Davis wrote: ‘I am not a stay-at-home mum,’ and in another ‘Everyone is going to know what a woman-beater and drug-user you are.’

Mr Newton-Price said there were ‘quite common’ references to cannabis and cocaine use in the text exchanges and on March 20 Davies had phoned a doctor, saying: ‘I have serious mental health problems and I have been using a lot of cocaine to deal with it.’

He added: ‘It’s within hours of that call that Stanley starts to show symptoms that are consistent with a non-accidental brain injury arising from a skull fracture.’

He said the following day a large bruise was found behind Stanley’s right ear and added: ‘The prosecution ask rhetorically: what is Sam’s interest in that court case?’

An NSPCC spokesperson told MailOnline: ‘The circumstances surrounding the death of baby Stanley are tragic and disturbing.

‘His short life was plagued with pain and suffering, caused by the very people who should have loved and protected him from harm.

‘Babies and young children are entirely dependent on those who care for them and we all have a duty to look out for their welfare.’

The defendants both denied the charges but were found guilty after a five-week trial.

They were remanded in custody awaiting sentencing on December 7.