This shocking video shows the moment a two-year-old child and his mother were hit by a car – but miraculously escaped without injury.

CCTV footage shows the car hitting the two pedestrians from the rear.

The pair seem completely unaware of the car behind them before it makes impact.

The mother hits the car’s bonnet while the young boy falls to the side of the car – and the wheels run over his right leg.

Amazingly, the boy quickly recovers and gets back to his feet as strangers rush to his aid.

Witnesses from nearby shops run to stop the car as a man can be seen picking up the boy. 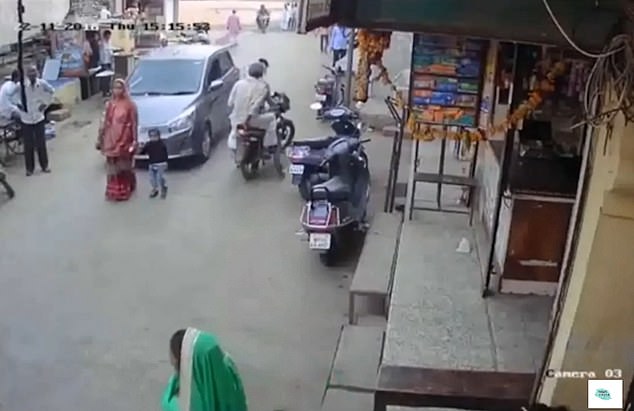 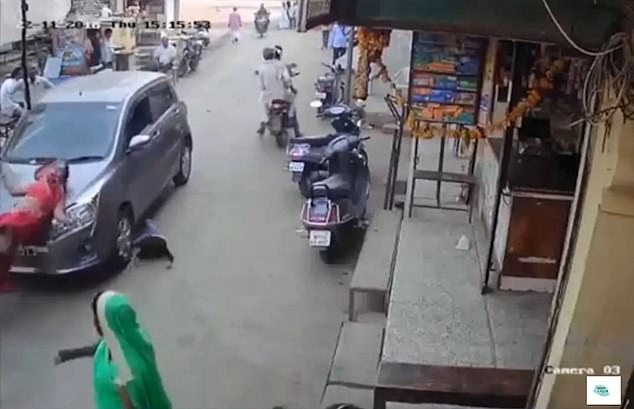 A crowd gathers around the car after the seemingly reckless driving endangered the lives of the mother and son.

After the impact one of the mothers shoes flew off and landed beside where her son’s legs were run over.

The mother and the child were taken to a nearby government hospital where they received medical attention.

The incident took place in the Dharampuri district of Madhya Pradesh in India on Thursday, November 22. 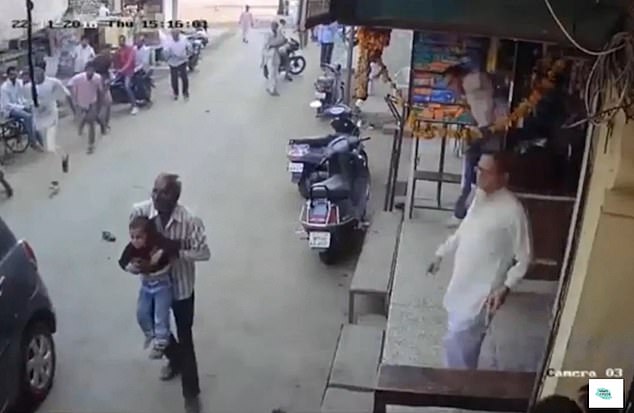