Mother and son trapped in mud at Cleethorpes beach

A mother has revealed the terrifying moment she became stuck in mud on a beach as she tried to rescue her nine-year-old son.

Francesca Jayne Hewson and her son Henley got into difficulty as they walked their dog and went crabbing on Cleethorpes beach in Lancashire.

Ms Hewson said she ‘struggled to breathe’ when she got trapped as she attempted to save Henley from 3ft of mud near the shoreline.

She is now urging other families to take care on the dangerous beach, warning there could be a fatality.

Just days ago, firefighters and coastguards rushed to the same spot to rescue a man who got stuck in the mud.

Ms Hewson said: ‘We went down to the beach to do a bit of crabbing and walk ourpuppy Quinn, but it seems to have got very dangerous lately.

‘Henley had gone out about a metre along the beach when all of a sudden he was sunk down in the mud, which reached way over his knees.

‘Henley is normally quite a brave boy, and never likes anyone to know that he is scared, but when this happened I could see the fear on his face, he was practically shaking.

‘When I realised how serious it was I rushed out to help him, and really struggled to pull him free, and as soon as I did I ended up falling face-first in the mud and getting stuck myself.

‘Because the mud is so soft my partner had to come over and rescue me.

‘It really was terrifying because as I was stuck, I started struggling to breathe and panicking as well.

‘We have been going down to the beach to go crabbing for the past four years and nothing like this has ever happened, it really is so deep and dangerous. 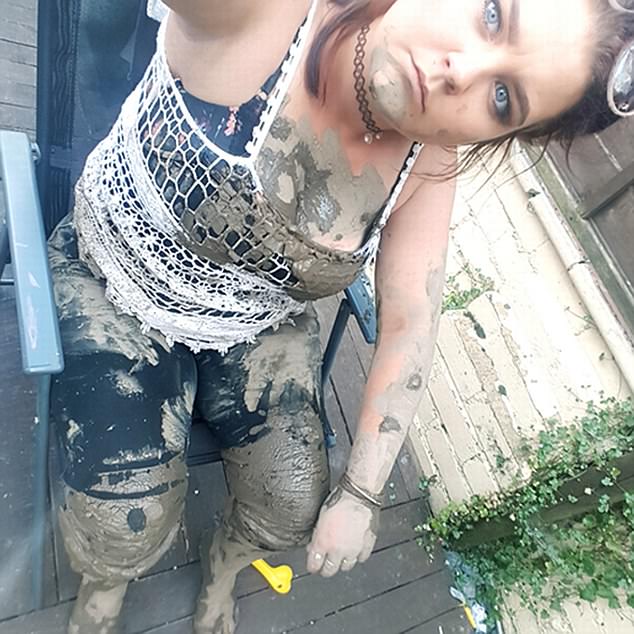 Ms Hewson is now urging other families to take care at the beach, warning the mud could have fatal consequences

‘It has me worried about what might happen if a small child or dog was down at the beach, and it has also put Hanley off from wanting to go crabbing again, which is something that he loves.’

Ms Hewson said a number of families have also got into difficulty at the beach.

She added: ‘It was horrible walking home afterwards because I was covered from head to toe in mud, and me and Hanley both lost our shoes trying to get free.

‘One man even shouted at me asking if I wanted to be hosed down in his back garden, and I ended up having to throw out all of our clothes.

‘Ever since then I have met a number of other families that have had the same problem, and I don’t think that we will be back until something is done to fix the beach, we are just going to have to stick to the parks for now. 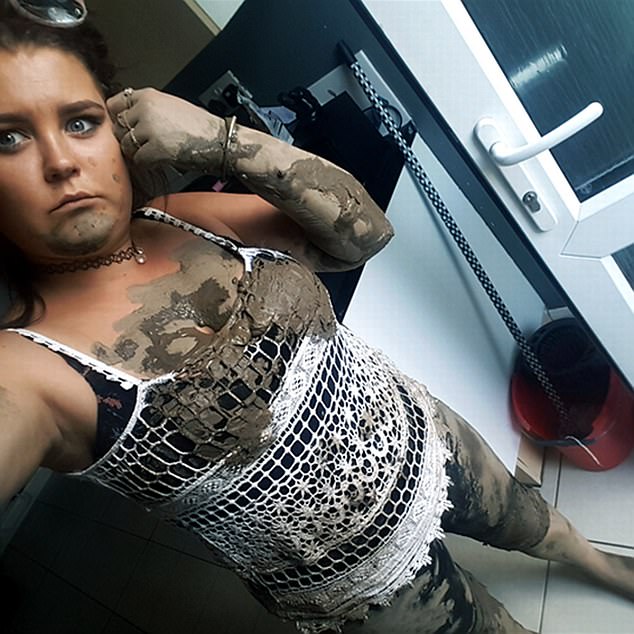 ‘I have a very small daughter Harmony, and if she got stuck down there I shudder to think about what just might happen.

‘I think there should be more signs warning people of the danger.’

A North East Lincolnshire Council spokesperson: ‘We have clear signage up warning about the dangers of the beach right the way along the promenade.

‘People should take heed and be sensible about their use of the beach area.

‘The rock groyne and high risk areas of mud are patrolled regularly by the beach safety team to try and minimise and prevent any incidents.

‘If people see someone in or on the water who appears to be in difficulty, stuck in the mud or on the groyne they should dial 999 and ask for the Coastguard.’