Mother bit girlfriend of man who shot her daughter

The mother of an 11-year-old girl who was shot in Tasmania reportedly bit the alleged gunman’s girlfriend on the face in a supermarket brawl before he shot her daughter.

Nathan Richard Campbell, 25, from Deloraine in northern Tasmania, did not enter a plea when he faced court charged with causing grievous bodily harm and recklessly discharging a firearm.

Mr Campbell is alleged to have shot 11-year-old Phoenix Newitt in the face an hour after a fight at a Woolworths in Deloraine.

An argument between Phoenix’s mother Sarah Newitt at the supermarket allegedly turned into a physical brawl, where Ms Newitt suffered a cut to her head and bit the other woman on the neck. 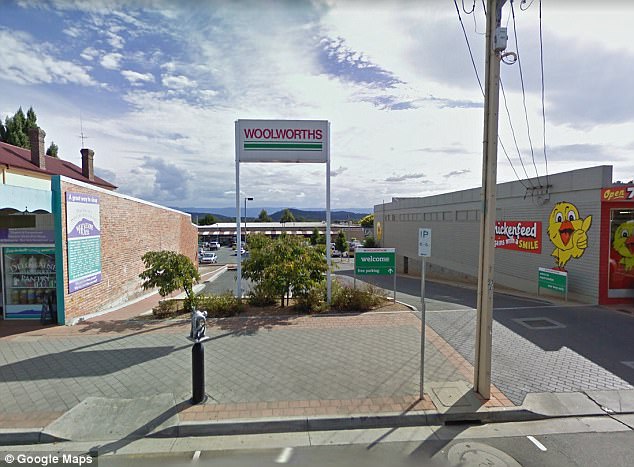 Police believe the pair knew each other but are not related.

Tasmania Police were unable to confirm any further details regarding the fight at the Woolworths.

Following the alleged fight Ms Newitt then called her brother Zach and they drove to the woman’s house on Stagg Court, with Phoenix and Mr Newitt’s four-year-old boy in the back seats.

Mr Campbell then allegedly opened fire on the car hitting the 11-year-old girl in the face. 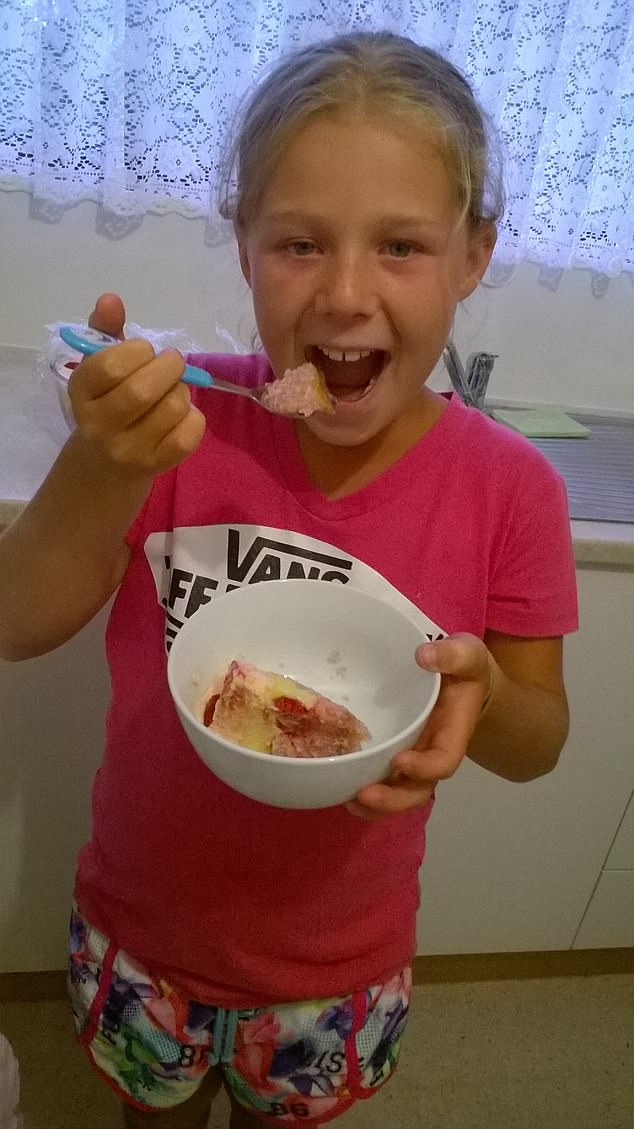 Phoenix Newitt (pictured), 11, was shot in the face as she sat in a car in Deloraine, Tasmania 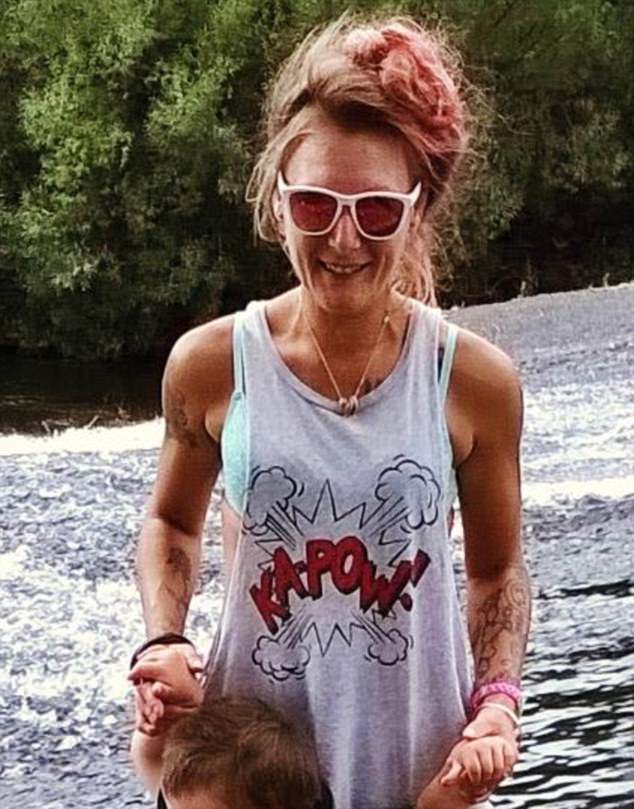 Ms Newitt then called her brother Zach and they drove to the woman’s house on Stagg Court, with Phoenix and the brother’s four-year-old boy in the back seats

Phoenix is now in Melbourne’s Royal Children’s Hospital in a stable condition after pieces of the projectile struck the right side of her face,The Mercury reported.

The bullet entered the right-hand side window and rebounded off the car’s passenger door, lodging fragments in Phoenix’s neck and head which travelled to her heart.

She was first taken to a local hospital and then transferred to Launceston General Hospital before being flown to Melbourne.

Mr Campbell will reappear in Launceston Magistrates Court at 3pm on Friday after Magistrate Simon Brown ordered him remanded in custody.

Phoenix’s uncle Zach Newitt said the family was shaken up by the violent shooting in front of him, her mother, and her four-year-old cousin.

Police allege the shooting stemmed from a fight between Ms Newitt and another woman about an hour before the shooting, Inspector John King said. 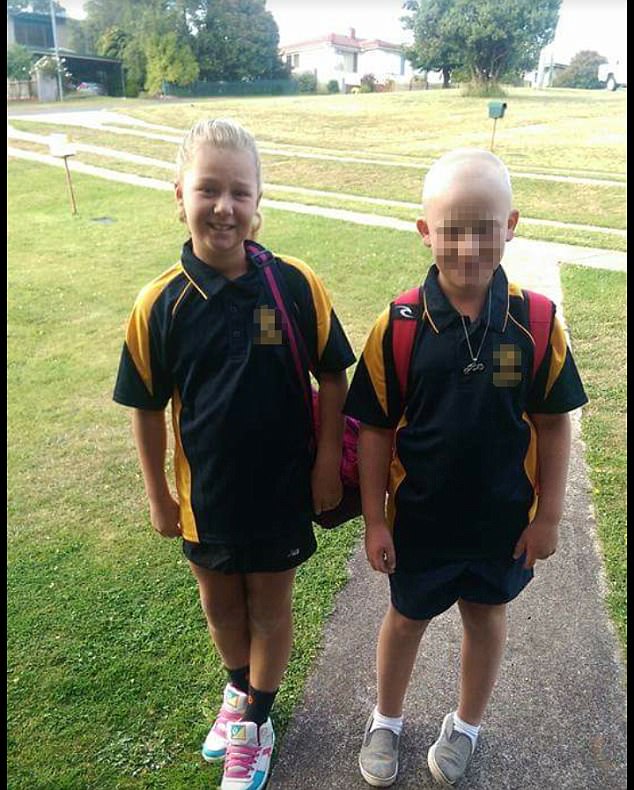 Phoenix (pictured, left) on her first day of Year 5 earlier this year in Deloraine, northern Tasmania 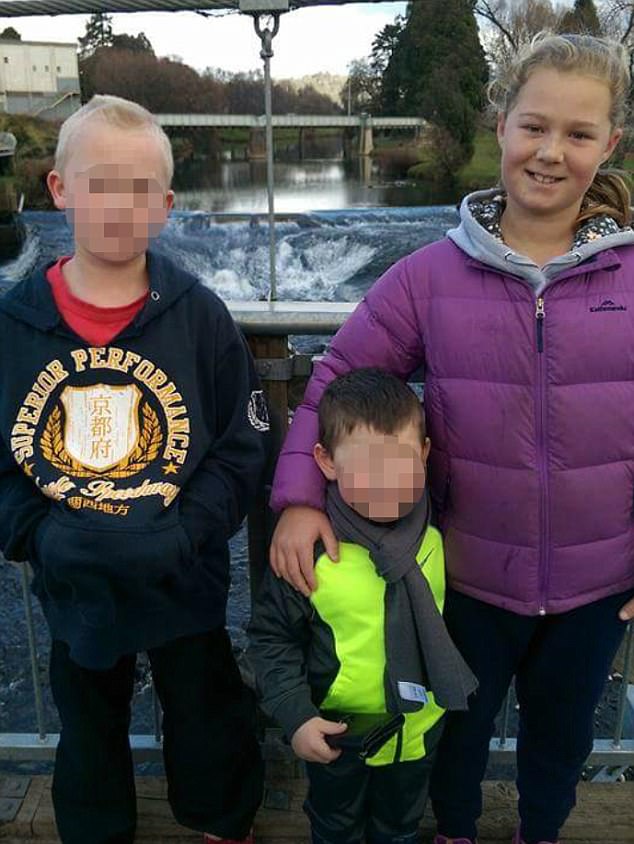 The bullet rebounded off the car’s passenger door, lodging fragments in Phoenix’s (pictured with her brothers) neck and head which travelled to her heart 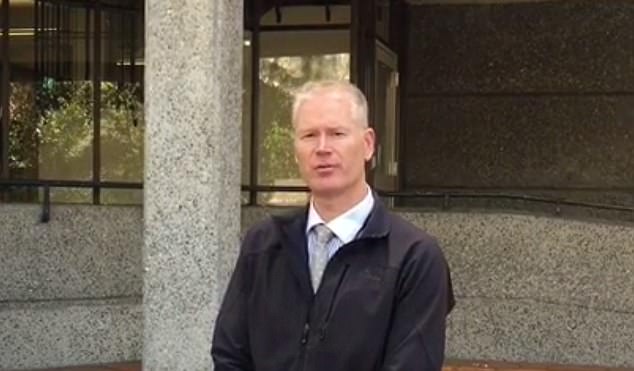 Inspector King (pictured) alleged Mr Campbell was actually carrying a small-calibre rifle which he then fired at the car from about 50 metres away, hitting the girl

They allegedly had a loud argument with the woman and her partner outside the house and a neighbour told Daily Mail Australia they heard a heated argument followed by ‘what sounded like a firecracker’.

A woman claiming to be distantly related to the girl’s family called a local radio station saying the man approached carrying what they though was a baseball bat.

Inspector King alleged Mr Campbell was actually carrying a small-calibre rifle which he then fired at the car from about 50 metres away, hitting the girl. 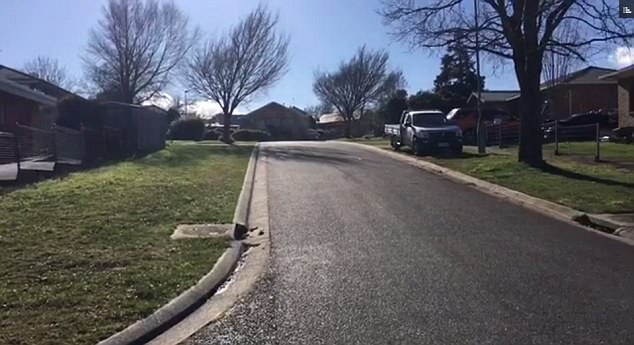 Mr Campbell was arrested at his house on Stagg Court, where he lives with his partner, later that night.

‘Head wounds can be catastrophic and it certainly didn’t look good to start with but it’s very, very pleasing to hear that her condition is improving,’ Inspector King said.

‘Our investigation is ongoing, we have a number of witnesses to speak to and we have police working in Launceston, Deloraine and in Melbourne,’ he said.

‘The family is very traumatised. We have been in close contact with the girl’s mother and local detectives have travelled to Victoria to speak with her.’ 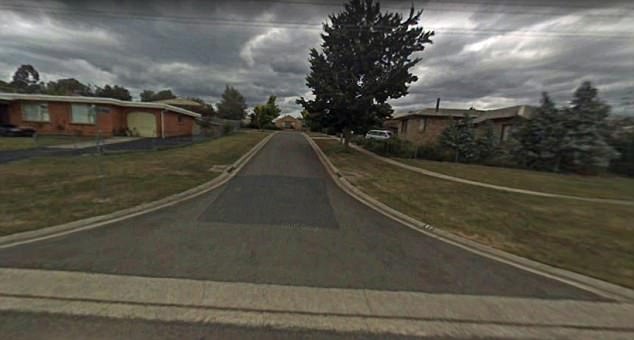