A mother has set up a campaign to free the vigilante who killed her five-year-old son’s abuser when he saw a playground set in the pedophile’s garden.

Middle school employee James Fairbanks, 43, was arrested in Omaha, Nebraska, on Tuesday for criminal homicide in connection with the death of former nightclub bouncer Mattieo Condoluci, 64. He has been charged with first degree murder.

Campaigner Laura Smith lost her son in 2017 to a drug overdose 24 years after she says he was assaulted by Condoluci at the age of five, reported the Daily Beast.

Her petition to pardon Fairbanks has reached 13,649 signatures. The Change.org page reads: ‘James Fairbanks freely admits to murdering a pedophile who was convicted of raping 2 children, and known to have molested more.

Middle school employee James Fairbanks (pictured), 43, was arrested on Tuesday for criminal homicide in connection with the death of former nightclub bouncer Mattieo Condoluci, 64. He has been charged with first degree murder

‘For his crimes the rapist spent 2 years in jail, and went on to victimize more children. We the people stand with James Fairbanks, and find his conduct reasonable.’

Omaha Police Department was called to Condoluci’s home at 11.15am on Saturday May 16, to reports of a shooting. Officers found him dead inside.

In it an anonymous author claimed to have shot Condoluci on Thursday evening – two days before police found his body. 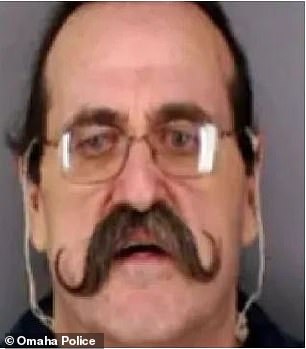 Kelly Tamayo, Fairbanks’ ex-wife, told the news site Fairbanks had called her to admit ‘what he has done and that he was turning himself in to police’.

‘We are all in shock to say the least,’ Tamayo said. ‘Jim is a protector. He has worked with vulnerable kids his entire career. He took it very personally to protect his kids and other kids from [sex] offenders like that man was.’

Four years ago Ms Smith set up a Facebook page, which has now been renamed ‘Free James Fairbanks’, to raise awareness of the tricks Condoluci used to manipulate trusting single mothers and gain access to their children.

In 1993 Ms Smith had just moved in with him when she went on a grocery run late at night.

When she got back to her home in Ormond Beach in Florida she found her five-year-old son in hysterics in the bathroom, she told the Daily Beast.

They left the next day after Condoluci tried to claim the five-year-old had ‘wet the bed’. 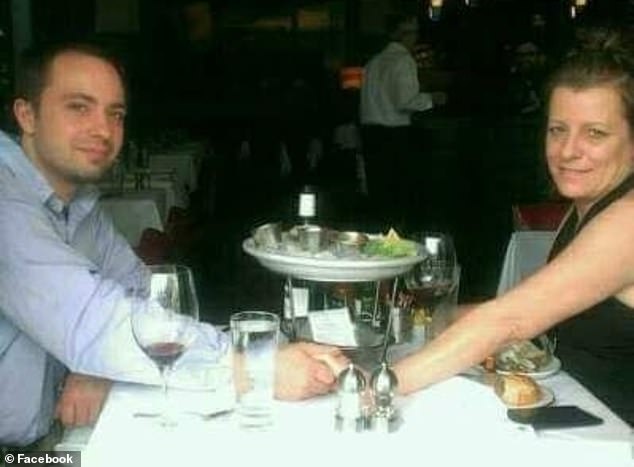 Campaigner Laura Smith (right) lost her son (left) in 2017 to a drug overdose 24 years after she says he was assaulted by Condoluci at the age of five, reported the Daily Beast

Ms Smith has been campaigning for Mr Fairbanks’ release. He is currently being held at Douglas County Jail. Pictured, the head for a Free James Fairbanks Facebook page

As they were leaving her son said: ‘Mommy, I got something I got to tell you,’ she revealed.

When he pleaded no contest to a charge of attempted lewd and lascivious assault upon a child in 1994 a plea deal saw Condoluci sentenced to four years of probation and drug counselling. He was also placed on the sex offenders register.

By 2007 he had been convicted of the rape of a 13-year-old girl. He was sentenced to five years but was set free after two-and-a-half on good behavior.

By June 2016 Ms Smith’s son was struggling with an addiction to Fentanyl. He died of an overdose the next year. She blames her son’s drug issues on the abuse he suffered.

A petition to pardon Fairbanks has reached 13,649 signatures. Kelly Tamayo, Fairbanks’ ex-wife, said Fairbanks admitted ‘what he has done and that he was turning himself in to police’

In the anonymous letter outlining the reason Condoluci was shot, the author explained they found the pedophile’s name on the sex offenders’ register while looking at houses in the area.

The author said he once watched as Condoluci pretended to wash his car, with a dry rag and no soap or water, while staring at a group of children who were playing in the street.

It read: ‘I watched him for a few minutes and just felt sick to my stomach. He just kept staring at them. The kids thankfully left and he went inside.’

‘I’ve worked with kids for years who have been victimized and I couldn’t in good conscience allow him to do it to anyone else while I had the means to stop him.’

Ms Smith has been campaigning for Mr Fairbanks’ release. He is currently being held at Douglas County Jail. 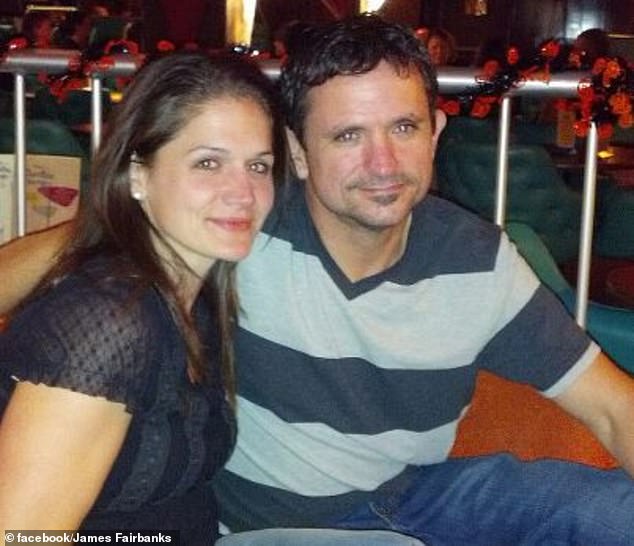 Omaha Public Schools have revealed Fairbanks (pictured) worked at Morton Middle School from 2016 to 2018, before working at the school’s alternative Secondary Success Program. He has been suspended

She said: ‘He is kind of like our frontline workers with this pandemic. James seemed to be overwhelmed and broken down after seeing so many children go through similar experiences at his job.

‘He is our frontline worker right now when it came to the sexual abuse of children.’

But Chief Deputy Douglas County Attorney Brenda Beadle took a different view. She described Mr Fairbanks decision to take the law into is own hands as ‘really dangerous’.

Omaha Public Schools have revealed Fairbanks worked at Morton Middle School from 2016 to 2018, before working at the school’s alternative Secondary Success Program. He has now been suspended.

According to his Facebook page Fairbanks was a behavioral interventionist.

Before that Fairbanks helped troubled youths at a private company. 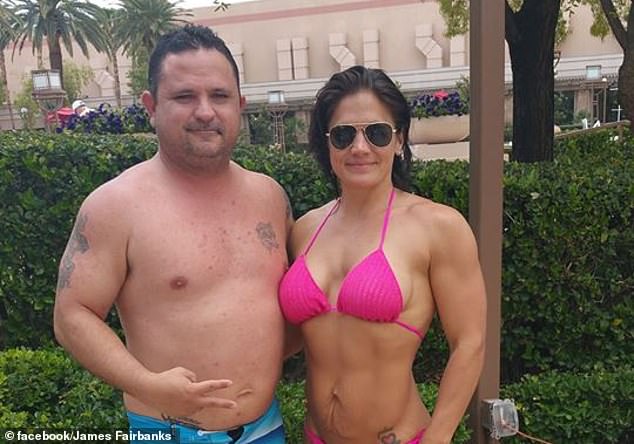 Amanda Henry, Condoluci’s daughter, has voiced her support for the petition to set her father’s killer free.

In a comment on the Free James Fairbanks page she wrote: ‘It’s a shame they are more worried about protecting molesters then they are the children these molesters target. Our system has failed us completely.’

‘Murdering my dad was a horrible thing,’ Henry later told the World-Herald, adding that Fairbanks should be given probation. ‘But children are much safer now, any other child he could have hurt is much safer.’

A description on the Free James Fairbanks Facebook Page described the vigilante as a ‘frontline worker in the aftermath of sexually abused children’.

It added: ‘James shot and killed a violent sexual predator to prevent him from hurting one more child.

‘It tortured James what this man and so many other predators are doing to our children. He is not a killer. He is a good man who simply was trying to protect the kids.’