Mother-of-four, 37, is charged with driving while high on ice after crashing her car and killing a passenger

A mother-of-four who swerved onto the wrong side of the road and killed a female passenger has been charged with driving under the influence of ice.

Amanda Haley, 37, was disqualified from driving and allegedly high on ice when she crashed her Mitsubishi Outlander head-on into a Toyota Hilux at Forresters Beach on the Central Coast on Saturday afternoon.

Driving the ute was a 65-year-old man who was taken to hospital in a stable condition with chest and spinal injuries.

Paramedics treated his 67-year-old female partner at the scene, but she later died of her injuries in hospital, Nine News reported.

Witness Michael Higgins was first on the scene and said he noticed smoke coming out of both vehicles.

‘The cars were on fire so a friend of mine and I got some water and were trying to douse the cars and stop the fire,’ he said. 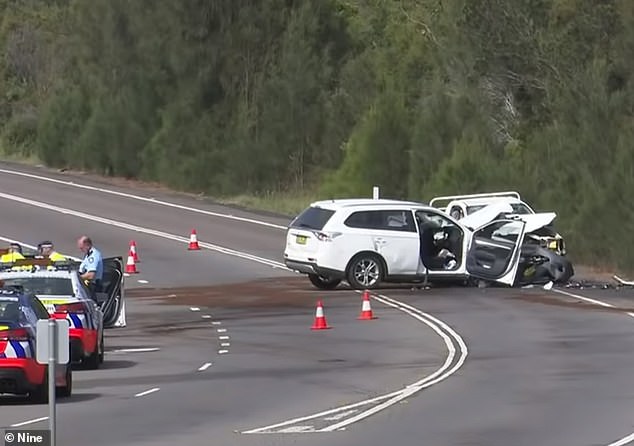 Police told Wyong Local Court on Sunday when they arrived to the scene they found an open bottle of sparkling wine in Ms Haley’s car.

They also allege she had taken ice shortly before the fatal crash.

Ms Haley was taken to Gosford Hospital in a stable condition and was later arrested.

Ms Haley was refused bail on Sunday with a prosecutor saying the 37-year-old is a repeat offender.

She was charged with driving under the influence of drugs in 2018 and driving while disqualified last year.

The mother-of-four is set to appear in court again on Tuesday.