A mother said she was left outraged after doctors told her to combat her eight-year-old son’s selective eating disorder by ‘starving him until he was forced to eat’.

Katy Spence, 33, visited her GP last week to try to get son Xander referred to the eating disorder team in Saint Austell, Cornwall.

Xander has avoidant-restrictive food intake disorder (ARFID) which makes him sensitive to the taste, texture, smell and appearance of foods and leads to him refusing to eat certain items.

Mrs Spence claims she was ‘fobbed off’ by medics at Brannel Surgery in Saint Austell because her son is a ‘healthy weight’ and said she was made to feel ‘not strong enough a mother’.

The mother of two said Xander’s ordeal began after he caught food poisoning from a chip shop sausage aged one, and then from three onwards he started to reject some foods.

Xander Spence, eight, has avoidant-restrictive food intake disorder and refuses to eat all but 11 items. He is pictured in McDonald’s with chicken nuggets, which are one of just 11 foods he will eat 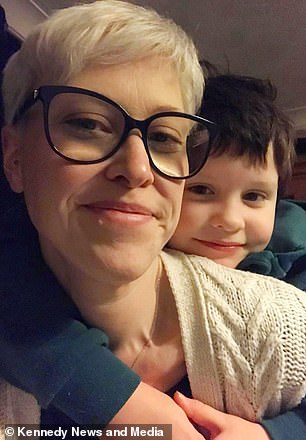 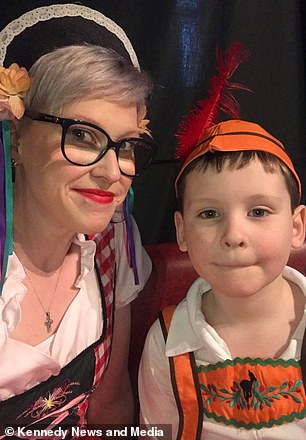 Xander’s mother Katy, pictured left and right with her son, said she took him to the doctor in Cornwall and was told to ‘starve him’ of what he eats and thus force him to eat new foods 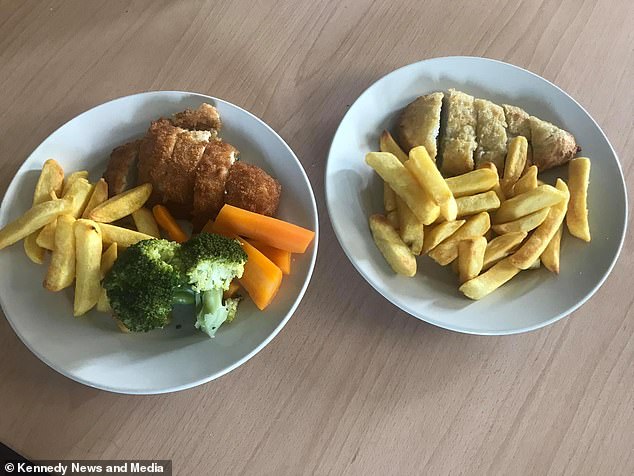 Pictured is the difference between meals served to Xander and his brother Dexter. Pictured right is Xander’s chicken and chips, while Dexter has broccoli and carrots

Now he has just 11 foods he will eat, including Aldi penne pasta with unmelted mature cheddar cheese, McDonald’s chicken nuggets, chips, cream crackers, fresh strawberries and Aldi sausage rolls. Mrs Spence said the brands have to be specific or Xander will reject them.

He even rejects some of those foods if they are an irregular shape or ‘not cooked the right way’.

Mrs Spence, an NHS admin worker, claims the GP advised her to starve Xander in the hopes he would either get so hungry he’d eat anything or lose enough weight to qualify for a referral to the eating disorder team.

She said: ‘He was basically telling me I needed to man up and just give Xander whatever the family is eating.

‘I explained that if I give Xander my food, he will not eat and the doctor said if Xander lost weight then they would be able to do further investigations.

‘The doctor was basically saying that if I starve Xander and he falls underweight then he would be accepted on the eating disorders team. 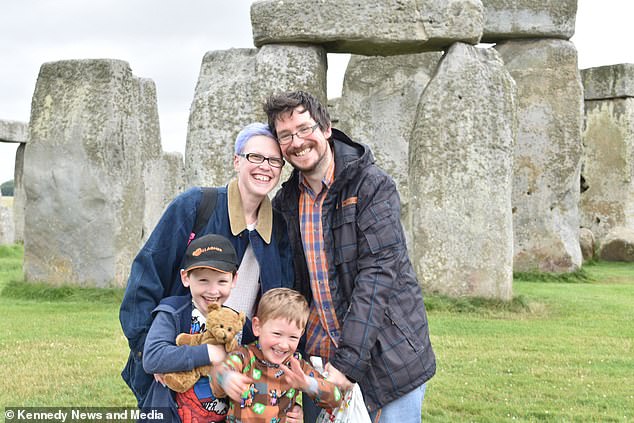 Mrs Spence, pictured with husband Malcolm, 35, Xander, second left, and Dexter, second right, claimed she was made to feel ‘not strong enough as a mother’ by doctors who ‘would not take Xander’s condition seriously’ 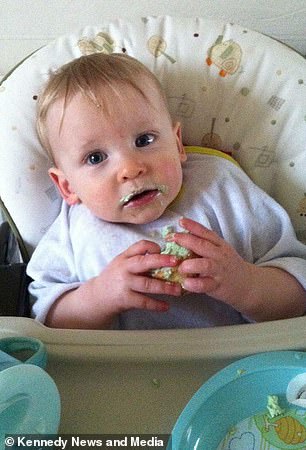 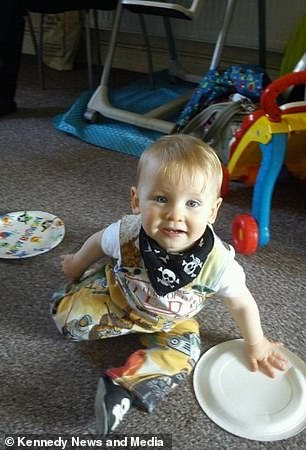 Xander, left and right as a baby, has been refusing to eat most foods since age three, and the family initially refused to give into his demands until he ‘starved himself for three days’ 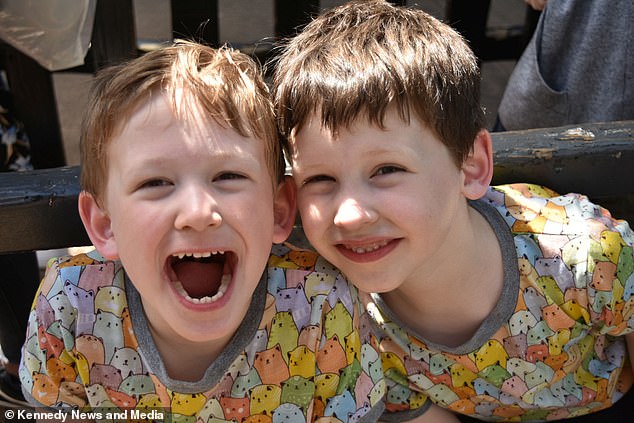 But his brother Dexter, left, pictured with Xander, is an ‘adventurous eater’ who tries new food

She added: ‘I wonder how long it would take for me to get reported to child services if I followed that advice and Xander went into school and told people “mummy won’t give me any food I can eat”.

‘It made me so angry and then I got really upset which made Xander upset.

‘The doctor told me he’s seen children like Xander time and time again and starving them works.

What is avoidant-restrictive food intake disorder?

Avoidant-restrictive food intake disorder (ARFID) is a condition characterised by the person avoiding certain foods or types of food, having restricted intake in terms of overall amount eaten, or both.

They may have had a distressing experience with food, such as choking or vomiting, or experiencing significant abdominal pain.

This can cause the person to develop feelings of fear and anxiety around food or eating, and lead to them to avoiding certain foods or textures.

Some people may experience more general worries about the consequences of eating that they find hard to put into words, and restrict their intake to what they regard as ‘safe’ foods.

Significant levels of fear or worry can lead to avoidance based on concern about the consequences of eating.

‘How many parents are following that advice and going through the horror of watching their child starve when actually therapy could have helped instead?’

Earlier this month it was reported that a 17-year-old lad, known only as Jake from Bristol, was left deaf and blind after eating only chips, crisps, ham and sausages for a decade.

Mrs Spence said she is terrified that her son will end up with similar health problems if doctors don’t learn more about ARFID.

She said: ‘It really baffles me that the GPs don’t know more about these various conditions.

‘It’s taken me googling the condition and joining Facebook groups to realise Xander has all the symptoms.

‘I even took print outs about it to the doctor but he refused to take it from me. The GPs just think they know best.

‘Surely there must be some sort of mental health provision to help Xander before he becomes like that boy in the news who went blind because he only ate chips?’

Mrs Spence and husband Malcolm, 35, previously went to doctors when the problems began when Xander was three.

They gave him the meals Mrs Spence had made for the rest of the family but the toddler starved himself for almost three days before she gave in and let him eat what he wanted.

Mrs Spence added: ‘In the end, I had to hold my hands up and say I wasn’t going to push him any further. Nobody should have to watch their child starve themselves.

‘We have mentioned it to the doctors about four times since then but had the same response every time. 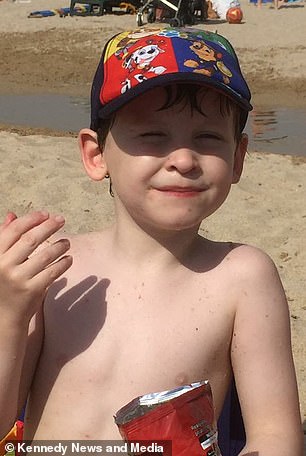 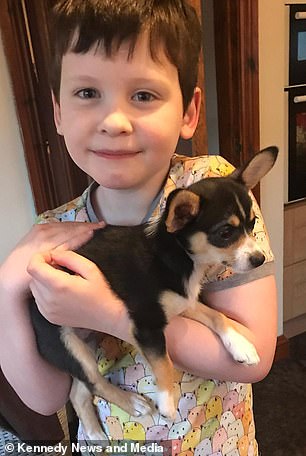 ‘It’s now five years later, Xander has only got worse and we haven’t had any support despite asking for it.’

She also makes Xander takes a multivitamin ever day over worries the meals he will eat don’t contain vital nutrients he needs.

Meanwhile her younger son Dexter, six, is an ‘adventurous’ eater and has no fear of new foods.

But Mrs Spence said Xander’s condition means they cannot go out for meals or go abroad on holiday.

She is now raising awareness of ARFID so other families ‘don’t have to face the same struggles she has’.