A grieving mother has revealed that her daughter died of diffuse gastric cancer that spread to her lungs, but she was prevented from seeing her in her last days because doctors initially passed off her fatal diagnosis as ‘presumptive COVID-19.’

In a heart-wrenching essay for the HuffPost, Mary Hagen Roberts, 64, opened up about how her daughter Laura Hagen Hoffman, 33, died at home, in her fiancé Brett’s arms, on April 23 at 1:11 p.m., just minutes before she had arrived to see her.

Earlier in the month, Laura was hospitalized by herself, without any visitors, after her shortness of breath and cough were believed to be coronavirus symptoms. It wasn’t until she had a bronchoscopy weeks later that she learned she was terminally ill. 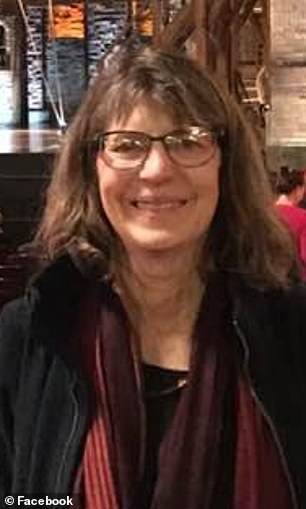 Loss: Mary Hagen Roberts revealed her daughter Laura Hagen Hoffman died of cancer right after learning it had spread to her lungs. Her symptoms were initially thought to be COVID-19 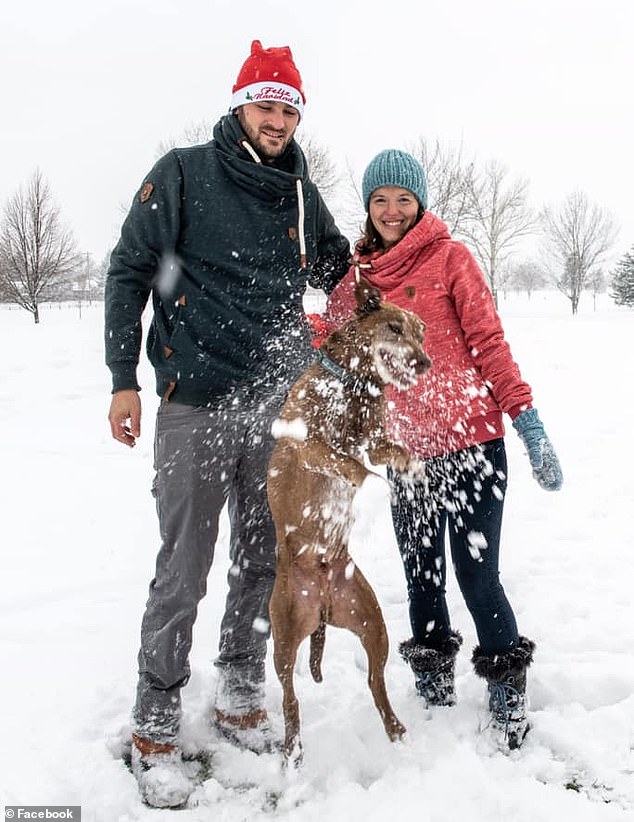 Misdiagnosis: In early April, Laura was hospitalized after her sudden onset of shortness of breath, fever, and cough were thought to be symptoms of coronavirus

‘Yes, she died of cancer. But because of the sudden onset of shortness of breath, fever, and cough ― symptoms that developed in early April — she was classified as “presumptive COVID-19,”‘ Mary wrote.

She said her daughter started experiencing stomach pain in the fall of 2017 and was prescribed antacids from her doctor. Despite her discomfort, Laura traveled to Andalusia, Spain, where Brett proposed.

Shortly after their engagement, she was diagnosed with cancer in January 2018 following a routine surgery.

Laura continued to work as a teacher and travel as she underwent chemotherapy treatments, and later an immunotherapy clinical trial.

When she started to display what were believed to be COVID-19 symptoms, she was admitted into the hospital and forbidden from having any visitors over fears of the virus spreading. 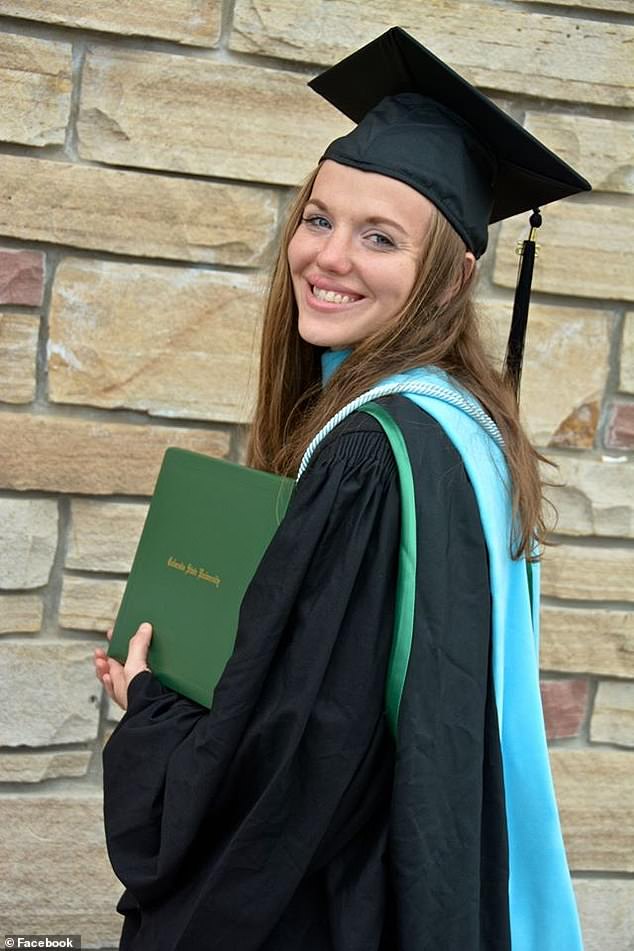 Heartbreaking news: Laura had been diagnosed with diffuse gastric cancer in January 2018 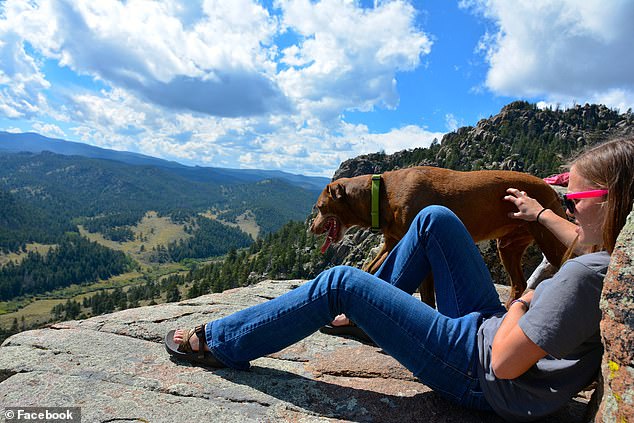 Cancer battle: Laura continued to work as a teacher and travel as she underwent chemotherapy treatments, and later an immunotherapy clinical trial

‘A few days into her last hospitalization, she called me, frustrated and sobbing, because no one was allowed in the hospital to support her ― not me, nor her steadfast fiance, Brett,’ Mary recalled, noting that not even her doctors would visit her out of fear of contracting coronavirus.

Roughly a week after her hospital release, she passed out while walking her dog. Mary said she wanted to come to visit her, but she is immunocompromised with Addison’s disease and Laura was afraid of infecting her with coronavirus.

Laura had a scheduled bronchoscopy on April 20, and two days later, she called her mom crying. The test results showed that she never had COVID-19 — her symptoms were the result of cancer spreading into her lungs.

Laura was told she only had about a month to live if she didn’t undergo aggressive treatment. Mary said she started packing to be with her daughter the next day, but Laura passed away before she got there. 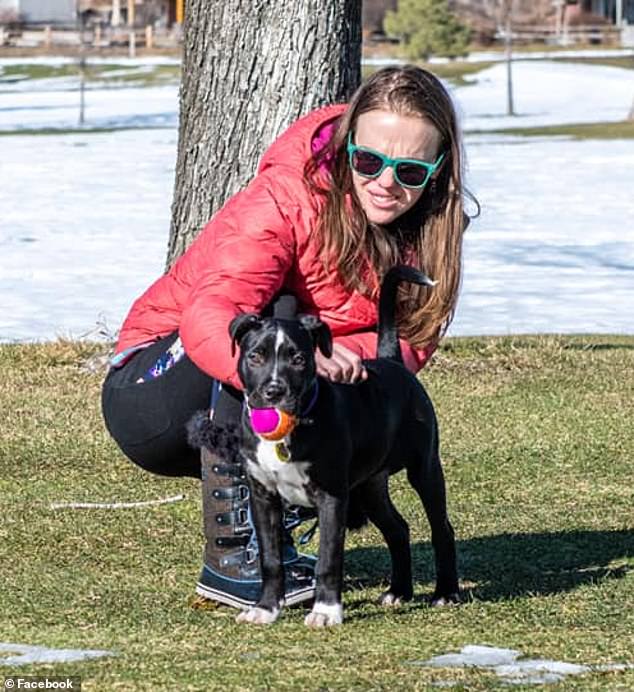 Heart-wrenching: Laura underwent a bronchoscopy a few weeks after she was released from the hospital and learned that her cancer had spread to her lungs. She died the next day 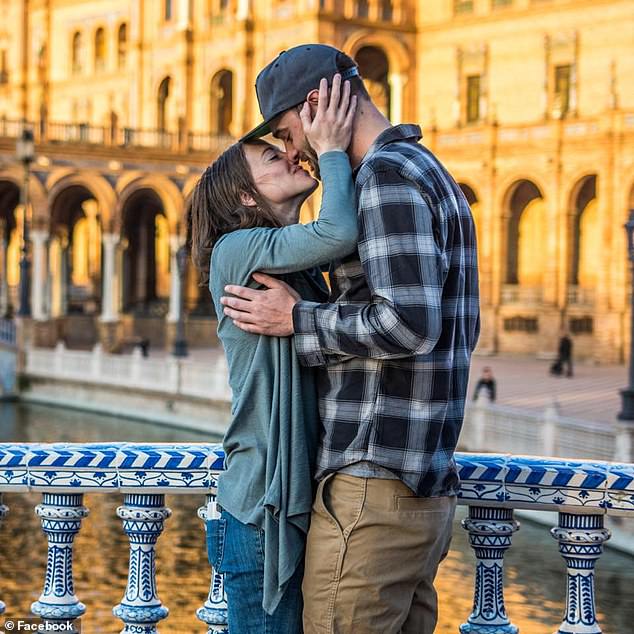 Grieving: Mary said her daughter died at home, in her fiancé Brett’s arms, on April 23 at 1:11 p.m., just minutes before she had arrived to see her

‘I’ve been told that she was lucid and talking and sipping a smoothie just before she died,’ she said. ‘At one point, just after 1 p.m., Laura stood up, walked a few steps, collapsed and was gone.

‘And I was not with her.

‘And I have no idea how to carry on now that she is gone or what to do with my unbelievable and unbearable sorrow.’

Mary explained that because of the pandemic she is unable to properly grieve. She can’t have a funeral for her daughter or hug her family members. She can’t even accept casseroles from her supportive neighbors.

‘For now — instead of a service, instead of a funeral — our small family mourned our unbearable loss and told stories from Laura’s wild-child youth and brilliant, short life,’ she wrote at the end of her essay.

‘We cried, and we talked and damned this virus and its spread. But now I wake up every morning and go to bed every night with this hole in my heart, and I don’t know how I’ll move forward.’