A mother-of-two died of a heart attack after she went on an all-night drink and drugs session while her children were having a sleepover.

Tara Culley, 28, drank lager and snorted cocaine over a 15-hour period as her two youngsters and her partner’s daughter stayed with their grandmother.

After a night out in her local pub, Miss Culley stayed up drinking until 9am, before she was found unresponsive in bed later that day.

Miss Culley, from Radcliffe in Greater Manchester, was taken to Royal Bolton Hospital but died in the early hours of the following morning.

Tests showed she had alcohol in her system plus traces of cocaine consistent with ‘recreational’ use, with a post-mortem revealing she died from acute cardiac failure.

An inquest heard the tragedy occurred on August 15 after Miss Culley and Alan Roe, her partner of eight years, had gone out to their local pub for a pool tournament.

Mr Roe told the Heywood hearing: ‘She was a very caring and loving mother to our children and she enjoyed family days out.

‘She didn’t often go out with friends, but if she did she would drink excessively and she would also, from time to time, take cocaine, although she would not drink or take drugs when looking after our children. 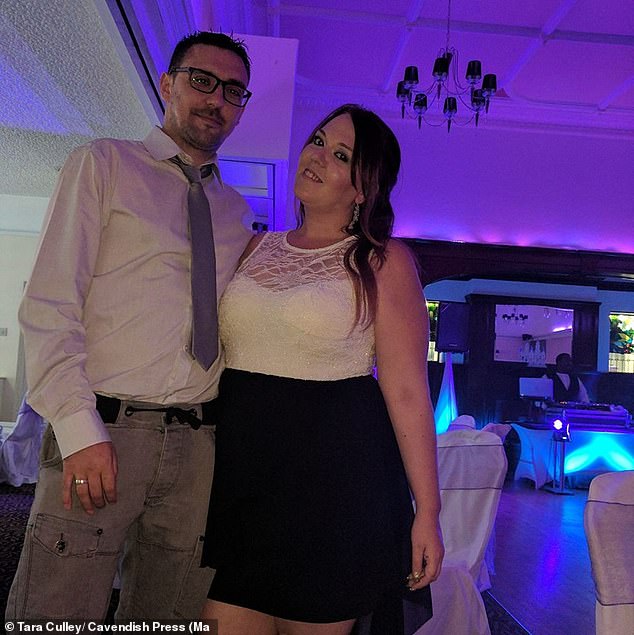 An inquest heard the tragedy occurred on August 15 after Miss Culley and Alan Roe (pictured together), her partner of eight years, had gone out to their local pub for a pool tournament

‘I would play pool for a pub team and, on this occasion, I arranged for her to come with me and meet friends.

‘I arranged for my mum to look after the children overnight so we would have a sociable evening.

‘We got to the pub at about 6pm and we had a few drinks and socialised with our friends.

‘She bought some cocaine in the evening, but I don’t know how much or where she got it from.’

Mr Roe said they left the pub at midnight and bought some more alcohol on the way home, where she continued to drink with friends before going to bed at 9am.

‘The children got back at 7pm and I was aware she was awake at that time because we were sending text messages to each other,’ he said. 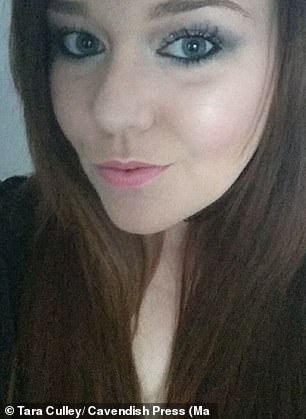 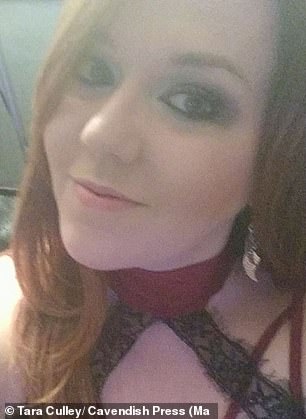 Tests showed Miss Culley (pictured) had alcohol in her system plus traces of cocaine, with a post-mortem revealing she died from acute cardiac failure

‘She was asking why the kids were not in bed. They went to bed at 9pm and I said I would be in bed soon.

‘When I went into the bedroom, I saw Tara and I realised that she was not conscious so I called 999 and I tried to resuscitate her.

How dangerous is cocaine?

Deaths from cocaine in England and Wales have more than doubled in the past four years according to the Office for National Statistics – with 371 cocaine related deaths in 2016, compared to just 139 in 2012.

The purity of the the drug on the streets, which has hit around 54 per cent, is the highest found in decades.

Although some believe purer cocaine is safer, the opposite is true as bulking agents used such as benzocaine are far less dangerous than cocaine.

‘Tara was very much her own person who would not be led or persuaded to do anything against her wishes.

‘The cocaine was purchased by her of her own will. She was a caring and loving person, a good partner and loving mother to her children.’

Toxicologist Julie Evans said: ‘The alcohol level was low and I didn’t have evidence of a large overdose – it looked more like what you would see from recreational use.

‘But cocaine is a stimulant and can cause cardiac problems, which can have a significant effect on your heart.

‘So, while there was no evidence of a overdose, I did consider the cocaine’s role in her cardiac arrest.’

Recording a conclusion of drug-related death, coroner Peter Sigee said: ”While there was evidence of cocaine use, there’s no suggestion that it was taken against her will.

‘On the night of August 14 and 15, she voluntarily consumed cocaine on a recreational basis. I am satisfied her death was drug related.’