A mother-of-two discovered an airport parking firm worker drove her car 500 miles while she was on honeymoon after she was sent a fine including a photo of someone else at the wheel.

Zoe Parr, 42, was furious when she realised her BMW 123d M Sport was used while she was in Jamaica and was even taken on a shopping trip to an Asda.

She arrived home to a fine for overstaying in the supermarket car park on a date when her car was supposed to be in the care of Manchester Airport Parking Services Ltd.

The £70 fine included a CCTV camera snapshot of what looks like a man driving into the shop car park in Oldham in her car, taken on the second day of her holiday.

Zoe Parr, pictured, said she was furious after finding her BMW had been driven 500 miles while she was on honeymoon in Jamaica and the car was in the care of Manchester Airport Parking Services Ltd 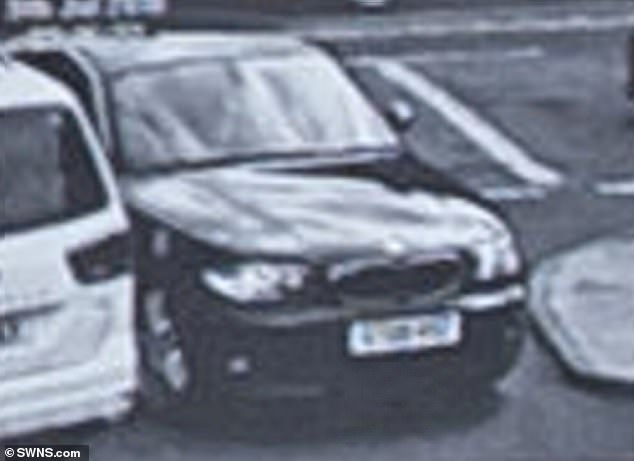 She was also slapped with a £70 parking fine for overstaying in an Asda in Oldham while she was on holiday, complete with a CCTV image appearing to show a man at the wheel, pictured.

Ms Parr then discovered her car had clocked up nearly 500 miles while she was away.

The supermarket dropped the fine but she claims the meet and greet parking company is still refusing to apologise or refund her booking four months after the incident.

The firm was last month dubbed ‘the world’s worst airport parking meet and greet’ and accused of losing cars and damaging a Range Rover in a collision with a bus.

Ms Parr, of Wolverhampton, said: ‘I think that it’s completely unacceptable what they have done.

‘They have been using it as a freebie because the petrol tank was empty when it returned to us.

‘For them to have taken the car out for their own personal use whilst we were on holiday is quite cheeky really.’

Ms Parr and her new husband, who does not wish to be named, jetted off from Manchester Airport on a two-week honeymoon break to Montego Bay in Jamaica, on July 7.

She said they chose the firm because the website boasted customers get a ‘happy experience with every stay’.

But when she landed back in Manchester a fortnight later, she discovered there was an extra 469 miles on the clock, leaving the petrol tank virtually empty.

Ms Parr said: ‘When the man came to drop it off it suddenly, he just dropped the keys in my hand and dashed away rapidly. 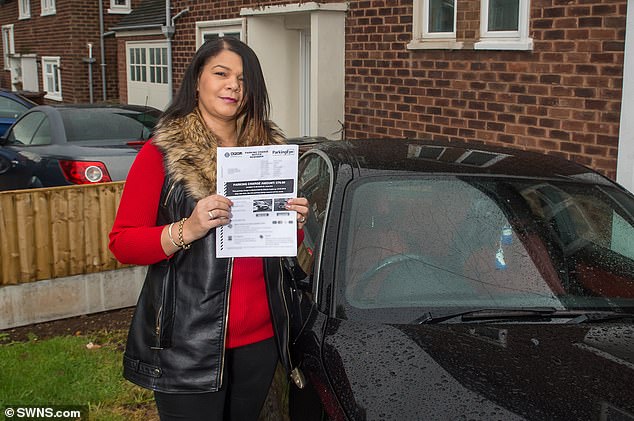 Ms Parr, pictured with the fine, said the penalty had been cancelled but she wants an apology from the parking firm and has been trying to get one for four months

‘That was when we got into the car and released that something isn’t quite right.

‘There were crumbs all over the back seat and the petrol light was on so I knew then that the car had been driven.’

Ms Parr said: ‘We were simply gobsmacked. We immediately called Asda and explained the situation and they agreed to drop the charge.

‘We complained that the company had been driving our vehicle but they just simply ignored us and said “someone will get back to you”.

‘This is clearly not the professional service you expect from an airport car service.’

In August, £70 appeared in her bank account from the company which Ms Parr said she assumed was to cover the fine.

She added: ‘This was extremely odd. We then phoned Greater Manchester Police to report what had happened with the car.

‘However after a few weeks of investigation, we were told that we could not prosecute because they don’t know who the driver was at the time of it being in Asda.’

Ms Parr claims she has contacted the company seven times but said she has not had an explanation.

She added: ‘Every time I rang the company, I was just told that someone would get back to me but I never heard anything back.’ 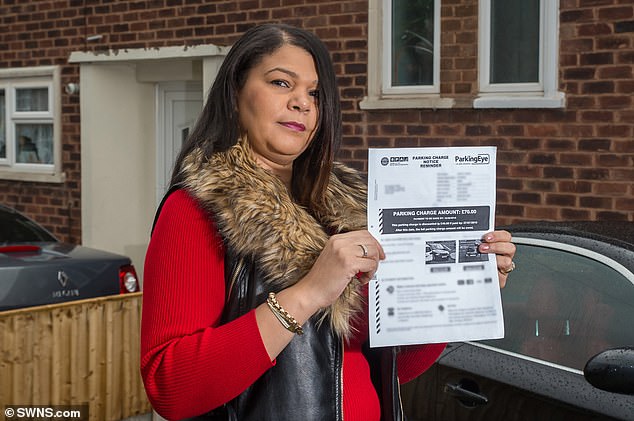 Ms Parr, pictured, said the honeymoon was ‘spoiled’ by the incident

‘I have gone through hell trying to find out what happened to our car, it’s actually spoiled our honeymoon completely.

‘I feel like I have been burgled because the police cannot do anything in taking action against this firm.

‘The whole experience has been absolutely disgusting.’

Manchester Airport Car Parking Services has not responded to a request for comment.

The firm has previously been accused of losing cars, racking up speeding tickets and damaging a valuable Range Rover in a collision with a bus.

One young family with a three-month-old baby claimed they were stranded for hours after the company allegedly crashed their car into a tree in June this year.

The family claim they had to pay the recovery bill for the wreckage and have been told the company will not pay up to replace it.