A mother gave birth to a baby girl on board an American Airlines flight minutes after landing.

Mother-of-three Nereida Araujo, from Florida, was 38 weeks pregnant when she traveled on the American Airlines Flight 868 from Tampa to Pennsylvania for Thanksgiving on Wednesday.

Nereida, who was traveling with her husband and two children, went into labor on the flight.

Crew radioed medics who helped deliver the baby on the plane once it landed at Charlotte Douglas International Airport in North Carolina. 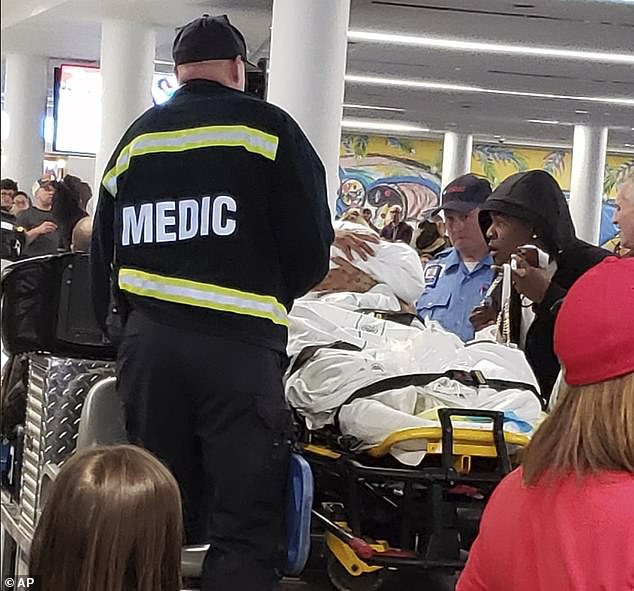 Nereida, who was traveling with her husband Araujo and two children, went into labor on the flight before giving birth once the plane landed. Medics are pictured surrounding her as she was taken to hospital in Charlotte

‘I was sleeping and I felt like a pop in my lower back. I just felt like liquid and I woke my husband up,’ she told wsoctv.

She said she knew her water had broken and was going into labor despite being 11 days before her due date, which her doctor and the airline had approved prior to the flight.

A passenger on board helped Nereida with her breathing and was on-hand throughout the process. 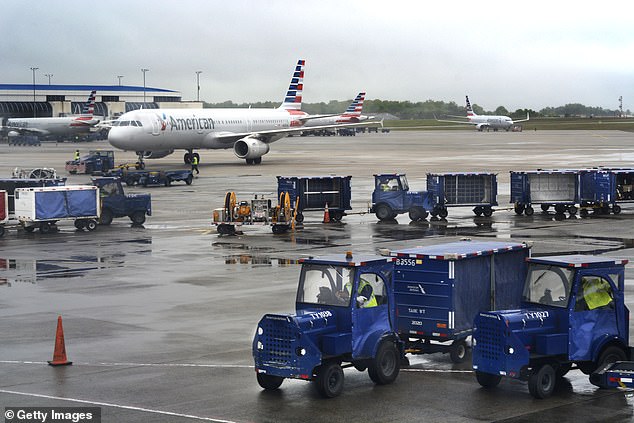 Nereida delivered the baby girl at 2pm after pilots expedited the flight. Both the mother and baby were taken to hospital.

She said: ‘Everybody was so great. They’re like my heroes. It was an experience that I will always remember.’

And the couple have given their daughter a fitting name for her unusual delivery into the world – Lizyana Sky Taylor.

Mother and baby Sky are expected to be released Friday and are set to visit their family in Pennsylvania before heading home.