A woman who was groomed as a teenager by a Welsh sex abusers dubbed the ‘Fred and Rose West of Barry’ has spoken out about her terrifying ordeal.

Sally Ambridge revealed she was pinned down by sex abuser Avril Griffiths so that her husband Peter could rape her in a horrific attack when she was 14.

Peter Griffiths, 65, and Avril Griffiths, 61, were jailed for a total of 36 years earlier this month after they were found guilty of rape, indecent assault and taking indecent photos of a child.

Ms Ambridge, now 41, said she was a ‘broken woman’ after the attack and said it had taken her more than two decades to find the courage to tell police.

The abusive couple had begun grooming her when she was 13, she revealed, buying her cigarettes, calling her pretty and making her feel ‘noticed and grown up’.

She said: ‘Going to Avril and Peter’s felt special to me because I didn’t have much and they were really generous and never made a big deal out of it.

‘We were given packets of cigarettes and if I went to the shops for them they’d tell me to keep the change.

‘Peter always complimented me. He said I was the prettiest of all the local girls and I felt noticed and grown up.’

She lost her virginity in a horrific attack in 1991 when she was given a spiked bottle of beer and woke up to find Peter Griffiths on top of her.

Ms Ambridge, who has waived her anonymity as a sex abuse victim, said: ‘I remember sitting on their sofa with a green glass bottle of beer. It was handed to me open.

‘I took a few sips and then my memory is blank. The next thing I was fully naked and paralysed on the bed.

‘Avril was at my side, her hands were on my shoulders and she was fully dressed. 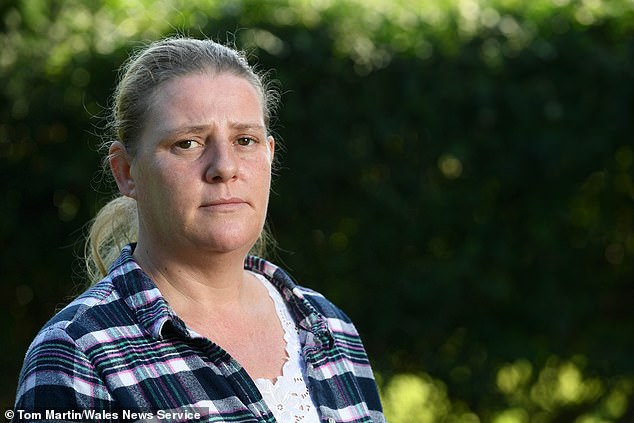 Ms Ambridge (pictured), now 41, said she was a ‘broken woman’ after the attack and said it had taken her more than two decades to find the courage to tell police

‘She was holding me down but there was no need. I couldn’t move a muscle. It must have been the drugs.

‘I was awake for about five or six seconds. Enough to feel the absolute terror of it but then I blacked out again.’

She finally went to police years later after breaking down when she watched a violent sex abuse scene in a film. She was one of the three victims mentioned in court.

The couple lived just 200 yards from her home in the town of Barry and Ms Ambridge felt unable to walk past their house.

She said: ‘People say that likening them to Fred and Rose West is too harsh but there are so many connections.

‘The fact is that Avril was stuck in a controlling relationship with Peter and carried out these awful crimes to please him.

‘The way that she tricked us and befriended us so that he could have that access. 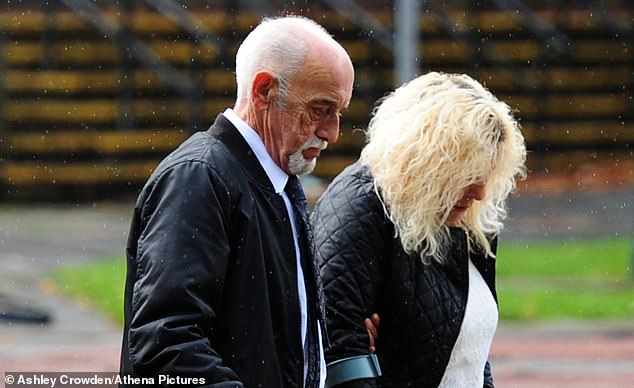 Peter Griffiths, 65, and Avril Griffiths, 61, were jailed for a total of 36 years earlier this month after they were found guilty of rape, indecent assault and taking indecent photos of a child

‘There’s even a local connection because Fred and Rose holidayed at Barry Island Butlins. His ashes are scattered on the beach.

‘The Griffiths might not have murdered anyone but they killed off a big part of me with their attack.

‘I am a broken woman because of them. I haven’t had the life I should have.’

Cardiff Crown Court was told the couple acted together to ‘fulfil their sexual fantasies’ by grooming the girls for sex before they were raped and assaulted.

Their sickening campaign of abuse saw them ply one victim with vodka before forcing her to pose for indecent photos with them while they were naked.

One of the three victims had made a complaint to South Wales Police in 2000 but the force chose not to take up her allegations.

‘The two of you had few, if any, sexual boundaries.’ 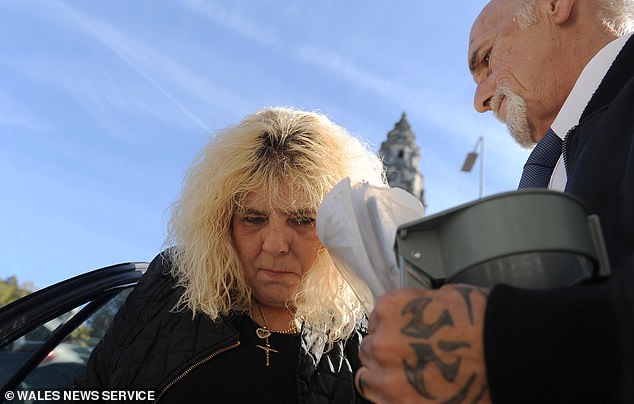 Ms Ambridge said Avril Griffiths (pictured) and her husband had begun grooming her when she was 13 buying her cigarettes, calling her pretty and making her feel ‘noticed and grown up’

The girl was also raped during a sex party on a boat in the Bristol Channel.

After the trial Ms Ambridge said: ‘I don’t trust men – in fact I hate them.

‘I wanted more than one child but could never bear the idea of having sex. I hate to be touched. I know this has stopped me from having any meaningful relationships. I just feel so angry.

‘Now that the trial is over and they are in prison I want to at least feel safe to walk out my front door again.

‘I have flashbacks. I don’t want to be tearful and scared. Even now I feel powerless by what they did. It has affected me so hugely.’

Peter Griffiths was sentenced to 21 years in jail for eight counts of rape, three of indecent assault and two of taking an indecent photograph of a child .

His wife was sentenced to 15 years in jail for five counts of rape, two of taking an indecent photograph of a child and two of indecent assault. 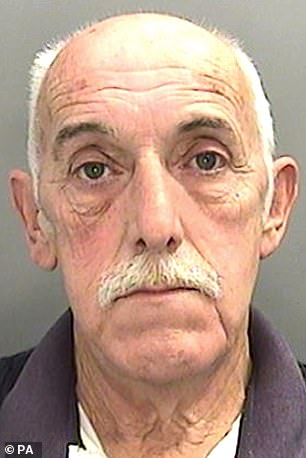 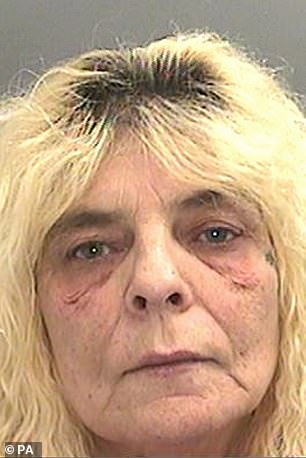