A mother made an MBE for raising awareness of sepsis has dedicated the honour to her ‘hero’ one-year-old son who died after his symptoms of the deadly infection were missed.

Melissa Mead has campaigned tirelessly since her boy William died in 2014 – and last night she said he ‘lives on in the hearts of the many thousands of lives he’s saved’.

William’s death also triggered the Daily Mail’s End The Sepsis Scandal campaign.Mrs Mead, 32, an ambassador for the UK Sepsis Trust, said: ‘I campaign to raise awareness of sepsis in the hope that other families can avoid treading the path that we do, since the avoidable death of our son William. The best “thank you” that I receive is contact from someone to say that, because of my work and that of the UK Sepsis Trust, their loved one’s life has been saved.

Melissa Mead, 32, received an MBE for her work in raising awareness of sepsis after her one-year-old son William died of the potentially deadly disease in 2014 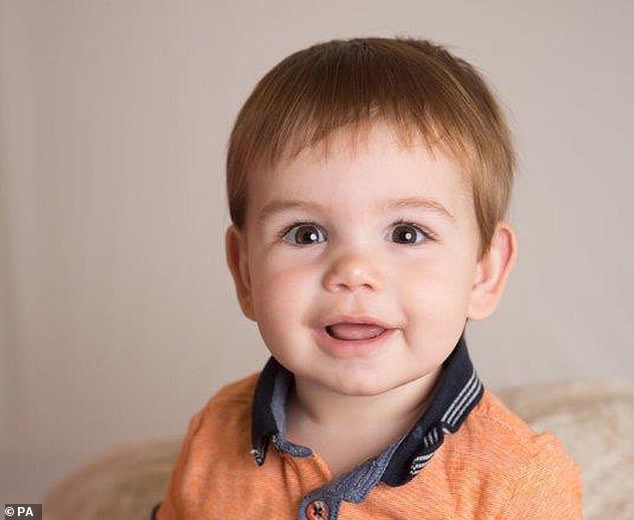 William Mead, pictured, died of sepsis after contracting the deadly disease in 2014 aged one 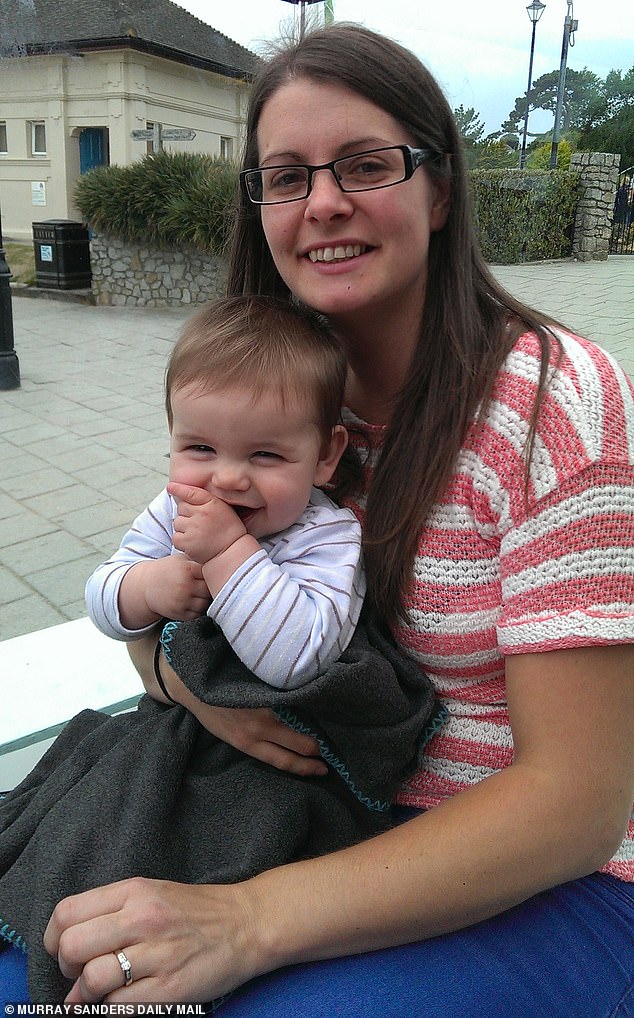 ‘Sadly, I am unable to pass this honour on to William posthumously so I will be dedicating this to him. It is his love that gives me the courage, passion and conviction to put one foot in front of the other. He is my hero, and he lives on in the hearts of the many thousands of lives he’s saved.’

After William’s death, Mrs Mead, from Penryn, Cornwall, met the then-health secretary Jeremy Hunt as part of her campaign to make parents aware of the condition that kills thousands of people every year.

The campaign successfully reached millions of parents and carers of newborns up to four-year-olds, to help them recognise the symptoms of sepsis and know when to seek urgent medical help. Mrs Mead said spreading the message was her ‘way of being William’s mum now’, and she was ‘quite stunned’ and ‘humbled’ to have been nominated for an honour. ‘But equally I am thankful that I am able to do it and have an impact on other people,’ she added. ‘I received a Christmas card this year from someone and inside it said, “This is a picture of my son on his first day at big school and because of you he is still here.” That is the best kind of recognition.’ 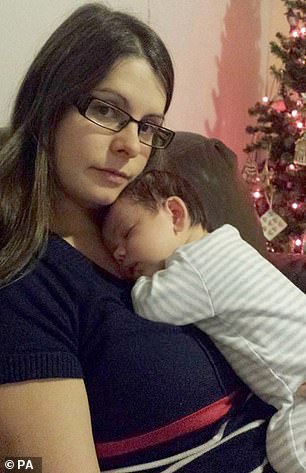 Ms Mead, pictured with her son William, said 25,000 children are killed by sepsis each year an many of those deaths are avoidable

Sepsis, known as the ‘silent killer’, strikes when an infection such as blood poisoning triggers an immune response in which the body attacks itself.

The condition is treatable with antibiotics and fluids, but these must be given early on. If not treated quickly, sometimes within an hour, it can lead to tissue damage and organ failure.

Yesterday Dr Ron Daniels, chief executive of the UK Sepsis Trust, said: ‘We’re incredibly grateful to Melissa for all the work she has done in partnership with the Trust to raise awareness of this devastating condition. Her capacity to turn her grief into something positive is an inspiration to us all. William was sent away multiple times by doctors – we need loved ones to trust their instincts and we need health professionals to listen to them.

‘Of the 250,000 people who lose their lives to sepsis every year in the UK, 25,000 are children but so many of these deaths are avoidable. Better awareness could save thousands of lives.’

Earlier this year Professor Bryan Williams, chairman of medicine at University College London, said: ‘If you go to any hospital now [sepsis] is treated as one of the priorities and death rates are falling.’

NHS England has also said there has a been a ‘huge effort’ over the past three years to improve sepsis recognition. 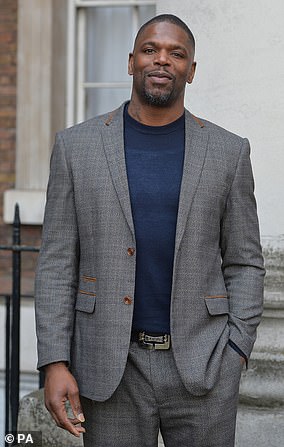 Mark Prince, pictured, has given around 200 school talks and mentored dozens of youths since his son Kiyan, 15, was stabbed as he tried to break up a fight in a London school 12 years ago

A father who set up a charity in his murdered teenage son’s memory to tackle knife and gang crime hopes his OBE will help to promote his message.

Talented footballer Kiyan Prince, 15, was stabbed as he tried to break up a fight outside his London school 12 years ago.

Since then, his father Mark Prince has given around 200 school talks and mentored dozens of youths.

He says 95 per cent of the attendees, deemed at high risk of involvement in knife crime and aged 16 to 25, vow they will not carry a knife any more.

A total of 131 people have been violently killed in London this year – the highest level in a decade. Yesterday Mr Prince, 49, described the spiralling problem as a ‘like a disease’.

Recalling how he cried on opening the letter informing him of his OBE, Mr Prince said: ‘I have the platform to let everybody know what my aims are to reach out to all the schools across London.

‘This is what I can give back on behalf of my son that is in a cemetery. I’ve been committed to impacting young people’s lives.

‘To get an OBE shows them people like us can do great things and be recognised.’ 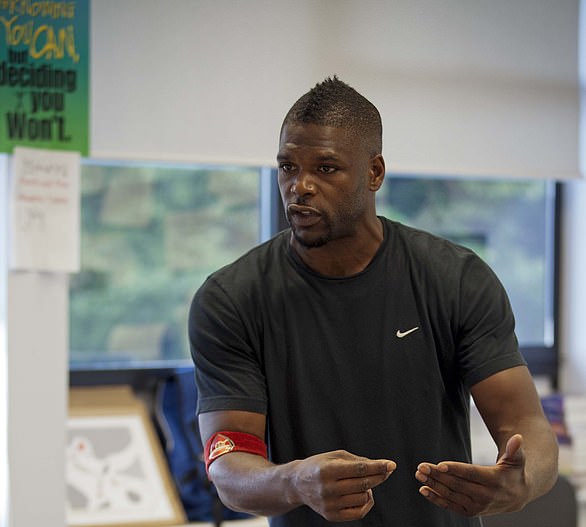 Mr Prince said 95 per cent of the attendees, deemed at high risk of involvement in knife crime and aged 16 to 25, vow they will not carry a knife any more

Diver gets award for his role in Thai cave rescue

The diver who was labelled ‘pedo guy’ by billionaire Elon Musk is among seven British heroes honoured for their role in saving the Thai cave boys earlier this year.

The Tesla founder insulted Vern Unsworth on Twitter after he had dismissed his offer to help save the trapped football team using a mini-submarine as a ‘PR stunt’.

Mr Musk later apologised but then made further slurs, prompting Mr Unsworth to sue him for defamation.

Mr Unsworth, who lives in Thailand, receives an MBE for his role in the dramatic rescue, which gripped the world during the summer.

The same honour goes to fellow divers Joshua Bratchley and Lance Corporal Connor Roe. Richard Stanton and John Volanthen, the first to reach the 12 stranded boys and their coach, are awarded the George Medal, while Christopher Jewell and Jason Mallinson receive the Queen’s Gallantry Medal.

Of the 1,148 recipients this year, 70 per cent carried out outstanding work in the community. They include lollipop lady Beryl Quantrill, 82, who began her crossing patrols in Cleethorpes, Lincolnshire, in 1964.

The youngest recipient is magazine founder Saeed Atcha, 22, who receives an MBE for services to the young. The oldest is 100-year-old Robert Lingwood, who gets a BEM for his work in County Tyrone, Northern Ireland.