A mother-in-law blamed for nagging an Italian so much that he fled to Edinburgh and faked amnesia said today: ‘I’m furious, after everything I’ve done for him!’

Salvatore Mannino, 52, was found wandering around Edinburgh Castle in Scotland miles from his home in a village outside Pisa, Italy.

He later confessed to police that he had pretended to have lost his memory to get away from his overbearing mother-in-law, Sandra Bocelli.

Now furious 75-year-old Mrs Bocelli has hit back saying it’s not her fault Mannino vanished and left his wife Francesca, 48, and their four children ‘crying for days’.

Sandra Bocelli (pictured), blamed for nagging her son-in-law so much thathe fled to Edinburgh and faked amnesia said today: ‘I’m furious, after everything I’ve done for him!’ 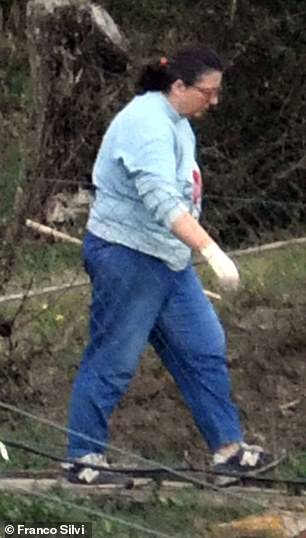 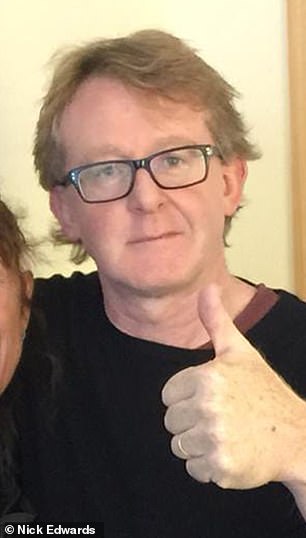 Salvatore Mannino (right) was found wandering around Edinburgh Castle in Scotland miles from his home in a village outside Pisa, Italy, having left wife Francesca (left) and their four kids 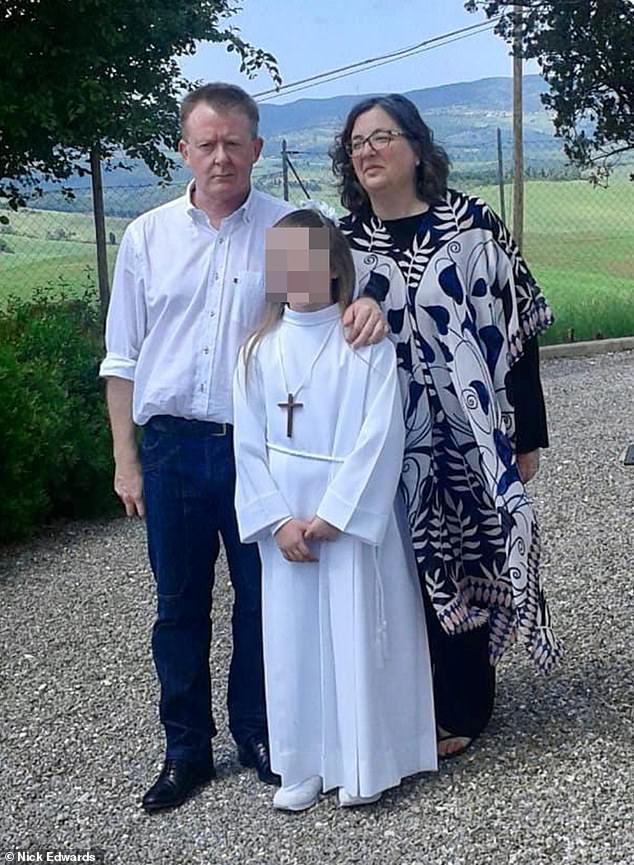 Police called Mannino’s wife Francesca, 48, who flew over to Scotland to collect her husband who is now staying in a hospital in Pisa where he told police he faked memory loss

‘I’m not the reason for his flight,’ Sandra told a family friend. ‘My daughter and my grandchildren are the victims. I’m really angry but I’m ok with my conscience.

‘I will respect whatever my daughter’s decision about whether to take Salvo back or not. We certainly cannot stay living in the same house.’

She added: ‘I’m really surprised at what he has said about me after everything I have done for them.’

Mannino, 52, was found in Edinburgh’s St Giles Cathedral by police in a seemingly confused state and suffering from memory loss.

His disappearance from his native Pisa soon raised suspicion when concerned Italian police officers tracked his searches on his computer, which showed that he had looked up terms such as ‘how to disappear’ and ‘how to fake memory loss’.

Eventually the father-of-four was forced to drop his façade, admitting to British police: ‘I did it to get away from my nagging mother-in-law. I never lost my memory. I wanted to show my family I was important to them.

‘I wanted to regain my position as a husband and father as I felt my mother-in-law had taken that from me.’

Mannino escaped from Pisa and travelled to Scotland in mid-September.

Back home and still reeling from the betrayal, Sandra said she signed over her worth £250,000 share of the family farm in the idyllic Tuscan hill-top village of Lajatico, near Pisa, to her only daughter and her husband.

She then left her home in Pisa to move with the family five years ago to help bring up the kids because Mannino was ‘never there’ and Francesca had a demanding job as a teacher.

Revealing the background to their bitter falling-out, family lawyer Ivo Gronchi told MailOnline: ‘Sandra can be a bit of a Grinch but she has given everything to the family. She had her own flats in Pisa and used to love going to the theatre.

‘She had always helped with the children but when Francesca became pregnant with her fourth child she moved in to help.

‘She had already signed over her share of the family farm and when Salvatore wanted to set up his own company she invested her savings in it.

‘Sandra has a strong character and likes to speak her mind. But Salvatore and Sandra are very similar.’

Originally from Sicily, Mannino met future wife Francesca on a church retreat near Palermo. The couple got together after he moved to Tuscany to go to university.

However, he became an absent husband and father after he got a job managing a shopping centre some 50 miles from home. 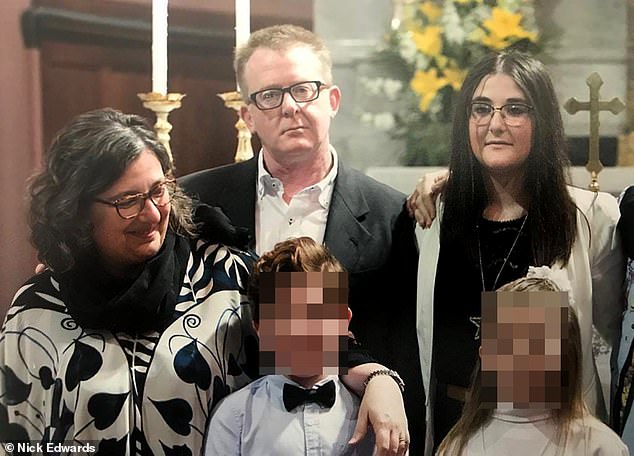 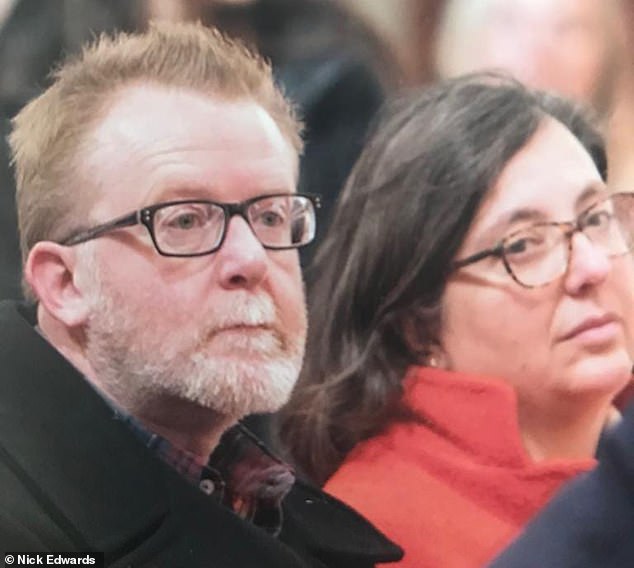 ‘He would get up at 5am every morning to open up the centre and wasn’t home until late at night. He worked almost every day as the shopping centre is only closed for five says a year – Christmas Day, New Year’s, for example.’

But family began to grow when Mannino started his own medical services business 4Service and spent more time at home.

‘And then suddenly after he opened the business he would spend five hours a day with Sandra.

‘He has complained about her interfering but in reality he did nothing to help around the house. When he was at home he just sat on the sofa watching TV.

‘And they began arguing, mostly about the children.’

Italian police have charged Mannino with abandoning his family. 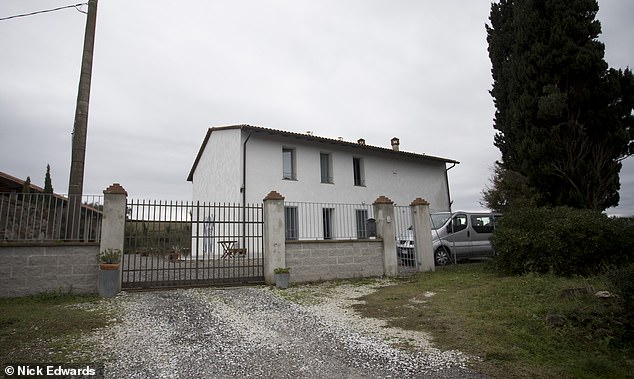 Mannino left this house he shared with his wife and his mother-in-law to prove how important he is to the family. He remains in a psychiatric clinic in Pisa under observation.

But his shock admission about his reason for disappearing has sparked anger among his family and friends.

‘There’s nothing wrong with him,’ Mr Gronchi told MailOnline.

‘When I met him at the airport he pretended not to recognise me but it was all an act.

‘Francesca is furious but she has will wait until the doctors give a diagnosis before deciding whether she has a future with him.

‘His oldest daughter Marta is livid. She cried for days when he first went missing – the whole family did. But now she doesn’t want to see him for the hurt he has caused.’

Cousin Antonio Falossi added: ‘Everyone was so happy when Salvo was found safe and well.

‘But now everyone is confused. Their emotions go from happiness to anger to sadness. No one can understand why he did what he did.’

Francesca has refused to talk publicly about the embarrassing scandal that has split her family.

But she has praised the medical staff at the hospital in Edinburgh who looked after missing husband.