British Cambridge graduate mother, 35, cried ‘I’ve killed my son, I’ve killed my son’ as police led her from Finland flat after she was arrested over murder of her boy, two, found dead inside

A British mother has been arrested over the murder of her two-year-old son who was found dead in her flat in Finland four days ago.

Ayesha Ali is alleged to have killed her son Adam after she told family and friends she was going to kill herself.

The Cambridge graduate had been living in Espoo, which is around 13 miles away from capital Helsinki and on the night of the tragedy, neighbours said shouting had been audible from the apartment block.

The 35-year-old’s son was found in the apartment and had stopped breathing, this while Ms Ali had an injury to her neck. 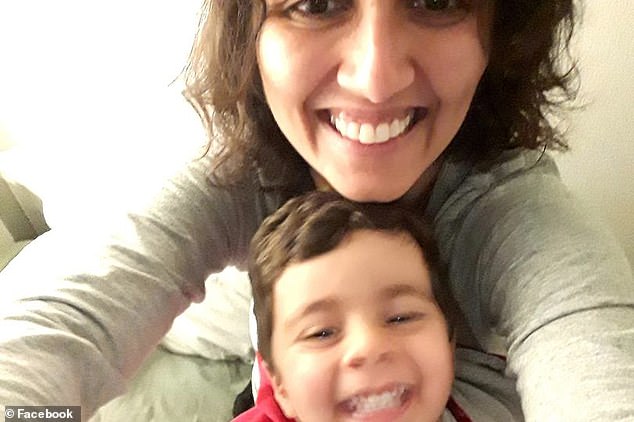 Ms Ali and her son are pictured above. She had fought in a custody battle to see him

The Sunday Mirror revealed that as she was led away from the property, she was heard to have shouted ‘I’ve killed my son’.

A neighbour told the paper that she had been alerted to the drama and that there had been a friend of Ms Ali’s outside, shouting up and telling her that they had been there to help her.

Ms Ali is alleged to have been shouting back, claiming that she wanted to die. The woman outside was then let into the building and had stated that she had called police who were on their way.

Witnesses said that when police arrived they went straight up to the flat where they tried to resuscitate the youngster. 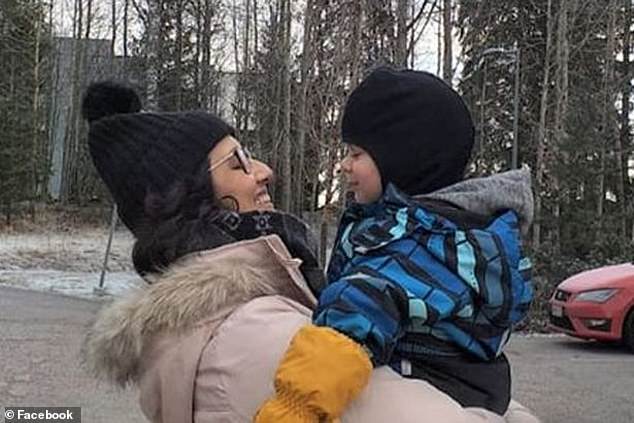 Neighbours of Ms Ali’s said their had been a commotion outside the property in Finland. Ms Ali is pictured above with her son

‘His mum had been saying, ‘He turned blue and is very cold’.’Another neighbour added: ‘Police broke the lock to get into the apartment. She had only moved in at the start of December. I thought it was an unusual time to move in.

‘There was her and the baby here but no father. I never saw her with a man. He was a lovely little boy – very cute. I would see her taking him out to the park in a stroller. It’s a sad case.’

Ms Ali had grown up in Staffordshire and had moved to Finland with Adam’s father Adnane Osmane, in January last year.

Mr Osmane had got a job at the Aalto University as an assistant professor.

The couple’s marriage had collapsed after they filed for divorce in May and they had spent many months embroiled in a custody bid for little Adam.

The Sunday Mirror obtained court documents which showed Ms Ali had moved into a homeless shelter following a court battle.

On her website Ms Ali had previously stated: ‘Some recent personal experiences have piqued my interest in family law and the experiences of immigrant women and children in Finland.’

And on June 22, she posted a picture to Facebook of her and Adam with stated she had been visiting him.

The couple, who had also lived in the UK, Canada and China, agreed on joint custody of Adam and Ms Ali was allowed to have Adam stay with her Sunday to Tuesday.

Ayesha’s father Imtiaz, 73, said the were unable to speak about the case but commented that his daughter had not admitted to murder and that it was an ‘accidental death’.

‘She hasn’t admitted to any charges. She has been admitted to a hospital in Helsinki. She is an intelligent woman and highly educated. She has one masters degree, one Cambridge degree and one PGCE. It is such a very difficult time for us. That’s all I can say at the moment.’

The Foreign Office said they were currently in contact with Finish authorities.