A mother claims it took nine hours to get an ambulance after her four-year-old son broke his wrist when he fell from a slide.

Jayne Wright took her two children to a playground near their home in Maldon, Essex, when her youngest, Sidney, fell off an 8ft slide.

After calling 111 for an ambulance at 8.30pm as her child was screaming in pain, she said it took three hours for a call back and then had to wait until 12.34am to be told to book a taxi – which would cost her £80.

An ambulance finally arrived at 5.20am but Jayne said the paramedics were ‘rude’ and made it clear it was ‘the end of their shift’.

Jayne Wright said she had to wait nine hours for an ambulance after her four-year-old son Sidney (pictured) broke his wrist falling from a slide at the playground in Maldon, Essex 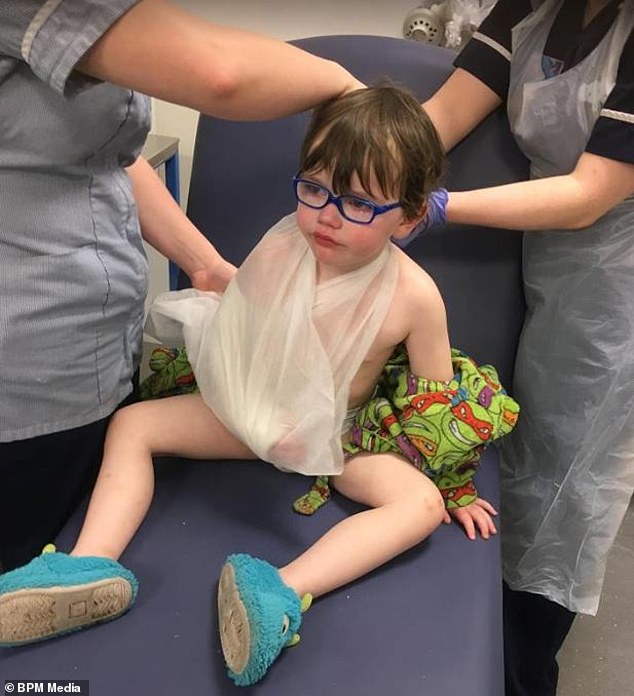 Jayne, who will start training to be a paramedic herself this year, said Sidney fell when he was playing with his older brother during the incident last week.

‘He was crying and screaming and his arm was floppy,’ she said, ‘but I didn’t want to phone 999 and waste their time.

‘The woman at 111 said she’d make a few phone calls and a clinician would get back to me.

‘Sidney was in distress at this point. Some of my friends came round and said this isn’t good enough and they phoned as well.’

Jayne, who doesn’t have a car so was unable to drive Sidney to the hospital, had to wait four hours until she was told to get a taxi, but explained this would cost her £80 as it was the Easter weekend.

She said to The Sun: ‘I told them that a taxi would cost us £45 normally but £80 because it was now Good Friday. 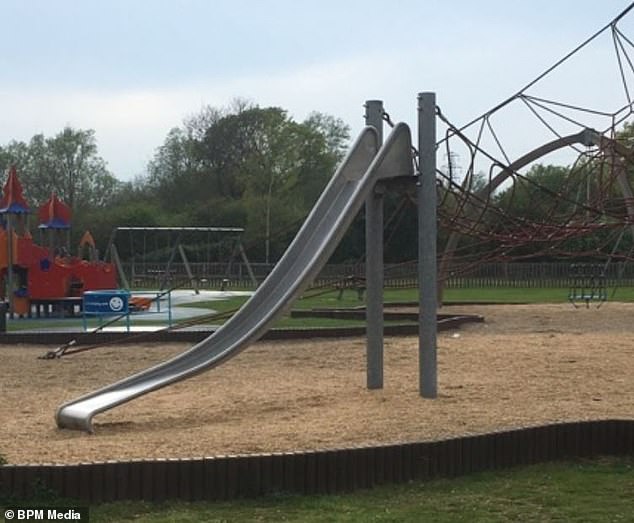 The slide in Maldon, Essex, that Sidney fell from snapping his wrist. He will now be in a plaster cast for six weeks 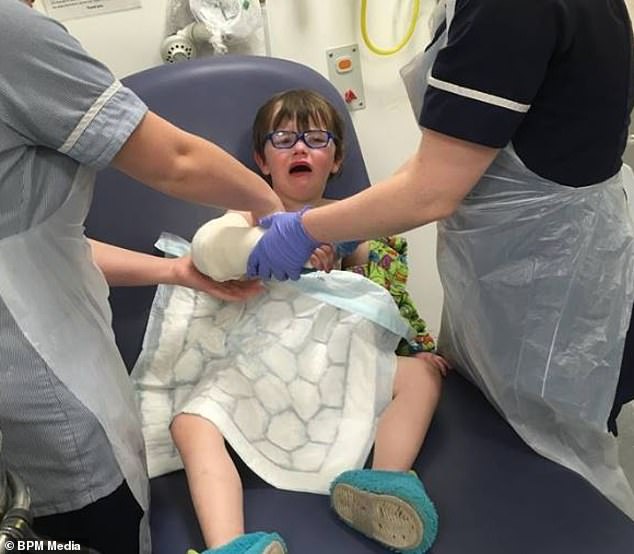 Paramedics suggested before an ambulance arrived that she could take an £80 taxi to the hospital. Jayne waited until 5.20am the following day, Good Friday, for help

‘The clinician said we must have family or friends who could take us, but I said if I didn’t think he needed to be seen I wouldn’t have rung you.

‘I said this is disgusting, but they said there was nothing they could do about it.’

At 3.19am on Friday morning, Jayne was told that an ambulance would be sent to her home to take Sidney to the hospital.

But when it arrived two hours later, she claims she was less than impressed with the service she received.

She said: ‘Two guys from Burnham turned up and they were rude, they made it clear it was the end of their shift.

‘I can understand they’ve been on a late shift but they were so rude.’

An x-ray at Broomfield Hospital revealed that Sidney had broken his wrist. 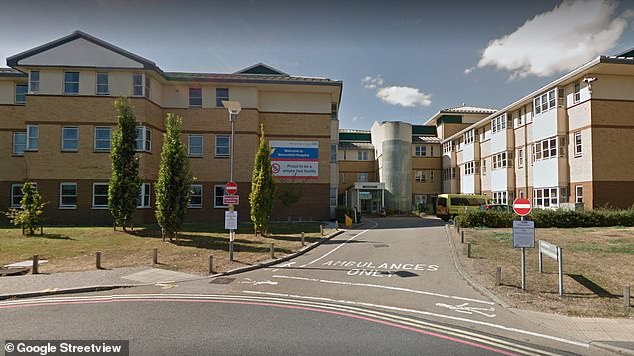 Sidney was eventually taken to Broomfield hospital after 5.20am the next day where an x-ray showed that he had a broken wrist

Jayne said she was ‘disgusted’ with the treatment Sidney received.

‘He had the x-ray and they were giving him morphine because he was in a lot of pain.

‘He’s now got a cast right up to his shoulder and he’s got to have another cast on for six weeks.

‘I’m about to start doing my own paramedics training and I was disgusted.

‘Earlier that evening I went and got the paramedic who lives next door to me but Sidney didn’t want to be touched.

‘I explained to the clinician over the phone that he couldn’t move his wrist. I was told we would have to wait between one and ten hours and I didn’t understand how this could be happening.

‘It could have been anything. If a builder had fallen from eight-foot they would have sent someone out.’

A spokesperson for the East of England Ambulance Service said: ‘We are sorry that Sidney and his mother had a long wait for an ambulance.

‘This happened at a time of extremely high demand for the service when we were prioritising patients with life-threatening conditions.’

Her son fell from the slide on Thursday last week, but paramedics weren’t able to collect him until the next day.