Mother is found guilty of seriously injuring her baby

Elizabeth Wilkins, 23, arriving at Plymouth Crown Court in Devon today. She was found guilty of attacking her baby son

A mother has been found guilty of repeatedly attacking her baby son – leaving him with brain damage.

Elizabeth Wilkins, 23, fractured the tot’s ribs, causing bloodshot eyes, and fractured his skull during the first three months of his life, the court heard.

Hospital staff were shocked at how little emotion Wilkins – who was a law student at Plymouth University at the time – had shown while her child fought to stay alive.

She stunned nurses by saying she was a fan of BBC medical drama Holby City so didn’t mind watching staff drill into her son’s bone marrow to insert a drip.

Sister Sophie Brock, the nurse in charge of the section of the A&E department which admitted the boy, said Wilkins was asked to leave during the ‘distressing’ procedure.

‘Her reply was that she watched Holby and 24 Hours in A&E, which was a little bit of a strange thing to say,’ she said.

After a three-week trial at Plymouth Crown Court, Wilkins was found guilty of one count of assault with intent to cause grievous bodily harm on September 22, 2016.

She was also found guilty of assaulting the baby causing actual bodily harm between August 31 and September 3.

The court heard she had been working as an escort in recent months in a bid to pay for therapy she was told she needed to win custody of her son. 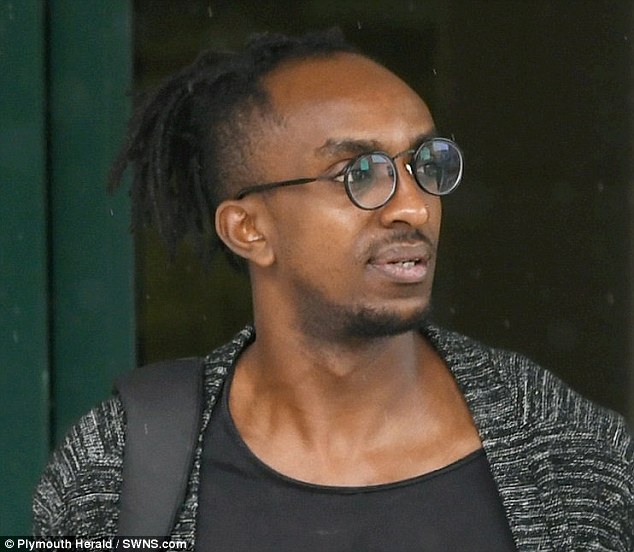 He was found not guilty of allowing the child to suffer serious physical harm.

Wilkins had denied shaking and striking her baby’s head against a hard surface in August and September 2016 in their old maisonette in Plymouth, Devon.

The baby’s injuries were only discovered on his third visit to Derriford Hospital in September 2016.

He is expected to have developmental problems as he grows up.

Wilkins will be sentenced on November 9.