A mother who confessed to murdering her three-year-old daughter by leaving her alone for a week to starve to death while she went partying has been jailed in Russia.

Maria Plenkina, 21, was sentenced to 13 years in a penal colony on Friday for the murder of daughter Kristina in the city of Kirov, around 500 miles east of Moscow, in February last year.

The court was told that Plenkina left Kristina alone in an apartment with no electricity or water and only a small amount of food while she spent the week with friends.

Maria Plenkina, 21, was sentenced to 13 years in a Russian penal colony on Friday after she confessed to leaving her three-year old daughter to starve to death in February last year 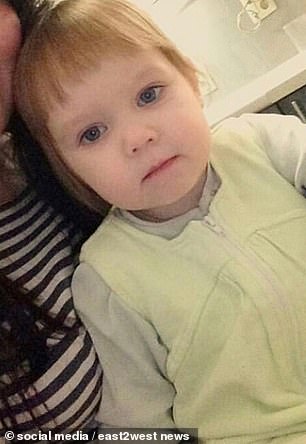 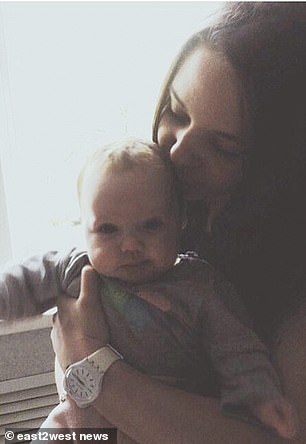 Plenkina admitted shutting off water to her apartment, which also didn’t have electricity, before leaving Kristina alone for a week without enough food while she partied with friends

Investigators said Plenkina confessed she deliberately closed the door of the apartment and shut off the water before leaving the house.

She was ‘having a good time with friends’ and was ‘on a spree’, said one report.

The girl was found naked having starved to death in a cold room in a rubbish-strewn flat after eating yoghurt, chicken and sausages that her mother had left her.

She was so hungry that she tried to eat washing powder, the court heard.

Judge Roman Bronnikov told the court: ‘Plenkina understood her crime was of a cruel nature.

‘She shut off the water and there was no electricity in the apartment. The girl was dying slowly.’ 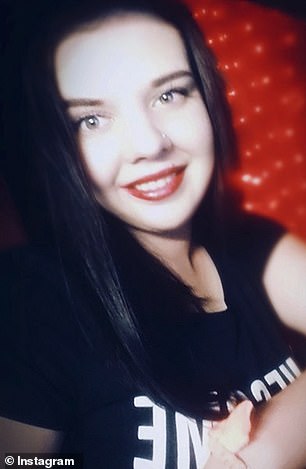 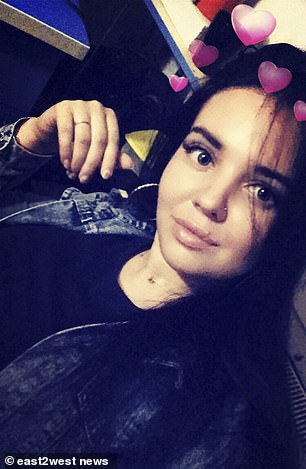 Plenkina wept as her sentence was handed down on Friday at a court in the city of Kirov, having remained stony-faced throughout the rest of her trial

During this time the mother ‘went to bars and nightclubs’ and looked for a job, only returning one week later after hearing the child had died.

She ‘misled her mother and friends, saying that the girl was under supervision’ during the week she was away with friends.

Before Kristina was left alone for a week, she weighed 17lbs, around half what is expected for a three year old.

The woman – judged psychologically fit to face trial – remained calm in a glass court cage as she was convicted of the murder of a child with ‘particular cruelty’.

A video shows her being led away by armed guards to start her sentence in a penal colony.

The murderer’s mother Irina Plenkina, 47, who found the child dead when she came to visit her with a third birthday gift, had supported a demand by the prosecutor for a sentence of at least 13 years in a prison colony. 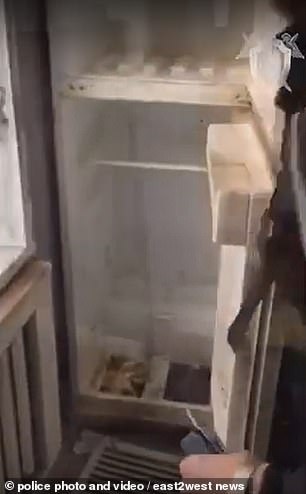 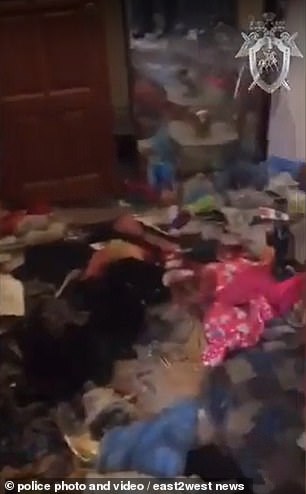 Kristina was found naked, having starved to death inside this apartment which was strewn with rubbish and covered in graffiti 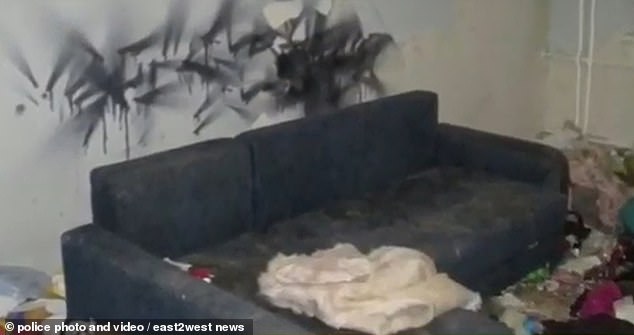 Plenkina will remain under house arrest for one year after serving her sentence.

A campaign group set up in the name of the dead child condemned the jail term as too lenient.

‘I am in shock,’ said group member Katerina Tulyakova.

‘She will serve a maximum ten years and be freed in the prime of life.

‘The most terrible thing that she will be able to give birth again.

‘But no-one can return Kristina, ever.

‘As long as there are such sad laws in our country, these creatures will kill their children.’

Earlier Plenkina had wept in court as she said of her daughter: ‘I loved her (with) all my life. I did everything to make sure she has all she needs.

‘I took care of her, I loved her. I did not have a wilful intent to kill her.

‘I did not understand I would come back and find her dead.’