‘I would never make these for my kids’: Mum is slammed as ‘lazy’ by parents for making 40 sandwiches and freezing them to save time on school lunches each morning

An Australian mother has been slammed by parents for making 40 sandwiches for school lunches and freezing them, with many claiming the bread will be ‘tasteless’ by the time her children eat them.

The woman, who shared her lunchbox tactic because she wanted advice on freezing methods, said that preparing a fortnight’s worth of sandwiches saved her time in the long run.

‘The kids take them out in the morning and put them in their sandwich boxes and the sandwich bag goes back into the freezer ready to be used again (to stay environmentally friendly and cost effective),’ she said.

The sandwiches are filled with ham, cream cheese, plum jam and Vegemite because she likes to ‘keep it simple’ in the kitchen.

Would you freeze sandwiches to save time on school lunches?

While the savvy mum was largely congratulated for coming up with such a time-saving method, some were at odds over the need to freeze such a large batch and others said it was ‘lazy’.

‘I would never eat a frozen sandwich. That’s gross,’ said one reply.

‘I’m with you guys! I wouldn’t want to eat a frozen sandwich so wouldn’t make one for my kids. It takes a minute to make a sandwich,’ said another.

A third added: ‘My mum used to make frozen peanut butter sandwiches when I was a kid so I will admit now those sandwiches were binned every day at school’.

Others said that so long as they are thawed out for a few hours they don’t taste any different, and the ‘negative comments were uncalled for’. 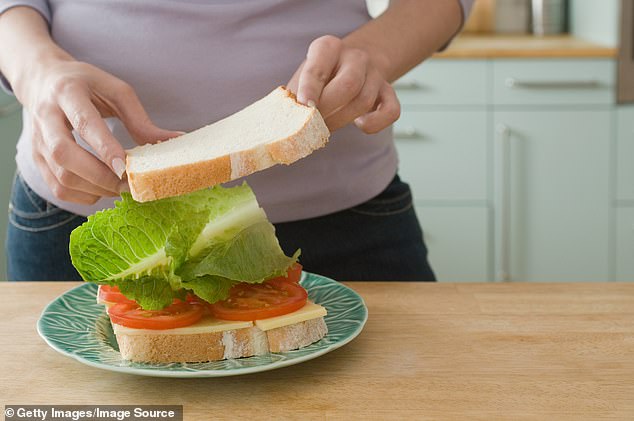 This isn’t the first time an Aussie parent has shared this trick, with a Queensland mother saying she spends one full evening a month batch preparing ham and cheese wraps for her son to enjoy.

The woman, who talked about her method on Facebook in 2019, said that as a full time worker life can get ‘crazy’ and this is an easy way to stay on top of freezer stock.

‘His favourite are ham and cheese wraps. They freeze really well and can then go straight from the freezer to the toasted sandwich maker for those rushed mornings and evenings,’ she wrote at the time. 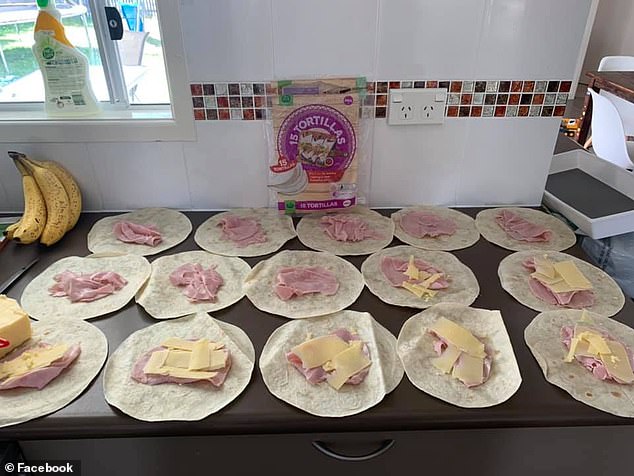 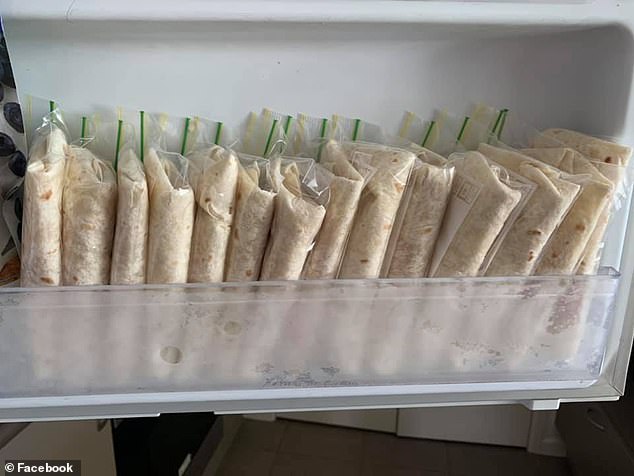 Occasionally the mother said she replaces ham with a sausage cut in half with BBQ sauce and cheese, but her son prefers the ham combination

How do you keep meals fresh when meal prepping?

* Protein must be cooked well done

* Ensure food is covered in the refrigerator

* Milk added to your overnight oats must completely cover fruit

Others agreed that the individually wrapped sandwiches would make for the perfect pick-me-up when you’re running behind schedule.

Occasionally the mother said she replaces ham with a sausage cut in half with BBQ sauce and cheese, but her son prefers the ham combination.

‘I’ve seen this with al-foil instead of a zip lock bag. Straight from the freezer to the sandwich press, and they said there was no need for cleaning the appliance,’ someone added helpfully.

Another woman said she wraps hers in baking paper so she can put it straight in the toaster ready to be eaten on the go.