Mother killed herself after row over Anthony Joshua fight

A mother-of-two killed herself in a ‘moment of madness’ after she had a row with her husband about him and his friends watching an Anthony Joshua boxing match live on their family TV.

But although Mrs Hyde – who had tried to kill herself previously – went to bed after the fight started she later stormed downstairs and berated the group saying she was trying to sleep and they were ‘disrespecting her home’.

Devastated Chris, 46, told an inquest: ‘Everyone who knew her well knew that she could get upset over smallish things but it was always a flash in the pan and she got over it in 10 to 15 minutes. A little bit of me can’t believe she meant to do it – it was a moment of madness.’

Former travel company boss Felicity Hyde (left), 38, was founded hanged after rowing with her husband Chris (right) over him watching a boxing match at their home 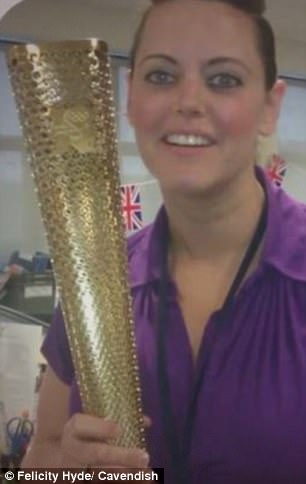 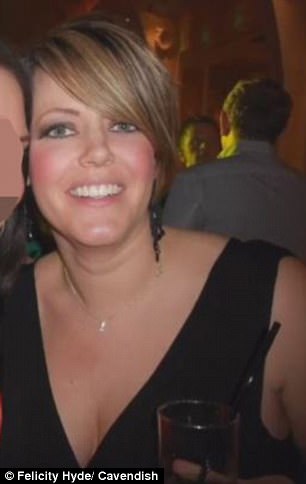 The following day, she and Mr Hyde, a recruitment consultant had a ‘heated discussion’ in which she exclaimed if they were to divorce she wanted a ‘massive settlement’.

She hanged herself on the Bank Holiday Monday in the garage of their family home in Blackpool, Lancashire, whilst Mr Hyde was taking their children to a local refuse tip to dump rubbish.

An inquest heard Mrs Hyde left a cryptic message on Facebook before her death which said: ‘When you love your family and you get it wrong so much, it hurts’

Mrs Hyde – who previously worked for Thomas Cook as a resort manager and also as a co-ordinator for NST, a travel firm which organises school trips – had no history of mental illness or depression.

But in 2013 she said she was going to kill herself and took an excessive amount of medication.

The tragedy occurred after Mr Hyde and his friends joined millions of armchair boxing fans on April 29 to see 28-year old Joshua defeat 41-year old Klitschko in the 11th round.

Mr Hyde told the Blackpool hearing they had agreed to have his friends around up to six weeks before the fight.

But on the night of the bout she rushed downstairs before ‘going mad’ at his friends and accused them of ‘disrespecting her house’.

He said: ‘My friends left and I stayed downstairs for a couple of hours and then went up to bed. She was asleep. We did have a discussion the following day but not until the evening and we had a talk about it.

‘She had got up in the morning and seemed in a good mood and had made a sausage sandwich. We didn’t end up talking about it until the evening on the Sunday. I said to her: “I think at my age I shouldn’t have to put up with this behaviour you need to change”. 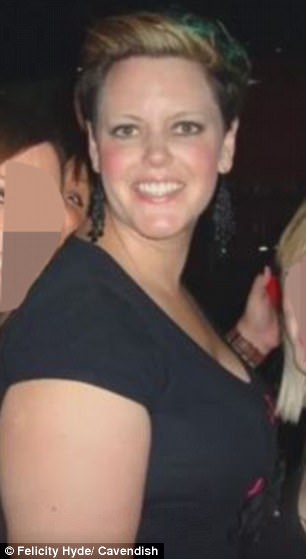 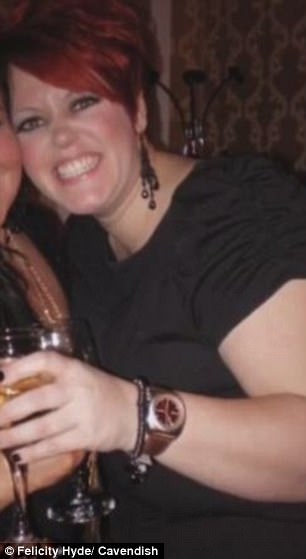 On the day of her death, Mrs Hyde (left and right) told her husband, ‘I’m going to kill myself’

‘But she said, “if you want to divorce me, I want a massive settlement”. We weren’t having divorce discussions it was something that she had just said – I thought that we were happy. It seemed like a throwaway comment but I ended up sleeping downstairs on Sunday.

‘It was not patched up but in hindsight there was nothing at all that could have indicated that she was going to kill herself or self harm.’

On the Monday, the couple agreed to complete their children’s play area in the garden but one of their children noticed a piece of rope hanging from a beam in the garage and he cut it down.

And on the day of Mrs Hyde’s death, she warned her husband ‘I’m going to kill myself’.

Mr Hyde, who has a child from a previous relationship, said he thought, ‘why would you say something like that in front of the children?’

He then took the children to the tip at about 11am.

He said: ‘She knew we were going to the tip, it normally takes a 40 minute round trip but I was going to get some broken furniture from the office so it took a bit longer.

‘About four years ago Fee said that she was going to kill herself and took an excessive amount of medication. It made her drowsy for a while. 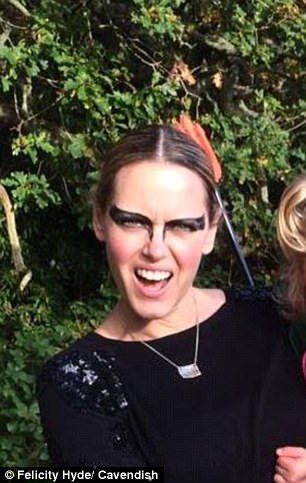 Mrs Hyde left a cryptic Facebook post before her death which said: ‘When you love your family and you get it wrong so much, it hurts’

‘There were a couple of occasions that she did say “I will kill myself” but it was never anything real. I was looking through my emails and I came across one from her that said ‘ill kill myself’.

‘Anyone who knew her well knew that she could be over the top about something small but it wasn’t something that she said regularly. There was no note but she put something on Facebook saying “When you love your family and you get it wrong so much, it hurts”.

‘Everyone was enormously surprised by this, she was a very strong willed person. We were happy.

‘Everyone who knew her well knew that she could get upset over smallish things but it was always a flash in the pan and she got over it in 10 to 15 minutes. A little bit of me can’t believe she meant to do it – it was a moment of madness.’

A Home Office post mortem confirmed Mrs Hyde had not taken any alcohol or drugs in the run up to her death. Her GP also confirmed she had no previous history of mental illness or depression, and there were no known previous suicide attempts.

Recording a conclusion of suicide, coroner Alan Wilson said: ‘This is a particularly sad set of circumstances involving a young woman with no significant mental health history or a history of self harm. There seems to have been limited evidence of anything like this happening previously. But I am satisfied it was her intention to end her life.’