I’M the head of this family! Mother lion appears to swallow her cub up to its neck in optical illusion

A lioness appears to swallow her cub in a startling photo – thanks to an optical illusion.

The photograph was taken in the Maasai Mara National Reserve in southwestern Kenya and shows the lioness carrying around her cub.

The angle of the photo makes it look like the head of the little cub is completely in his mother’s mouth.

Viewed from this angle, the photograph creates an optical illusion, in which the lioness appears to swallow her cub as the little lion’s head seems to be within his mother’s mouth

Photographer Andreas Hemb, 43, said: ‘In this photo, it seems as if the cub’s head is completely within the mother’s mouth.’

‘It’s a perfect example of how an image can fool the viewer without any modifications or editing.’

‘It was a truly magical meeting in nature and I feel blessed to be able to have observed it so closely. It’s a moment I will remember forever.’

Mr Hemb, visiting Kenya from Sweden, said the photograph proves how differently a scene can be viewed depending on the angle. 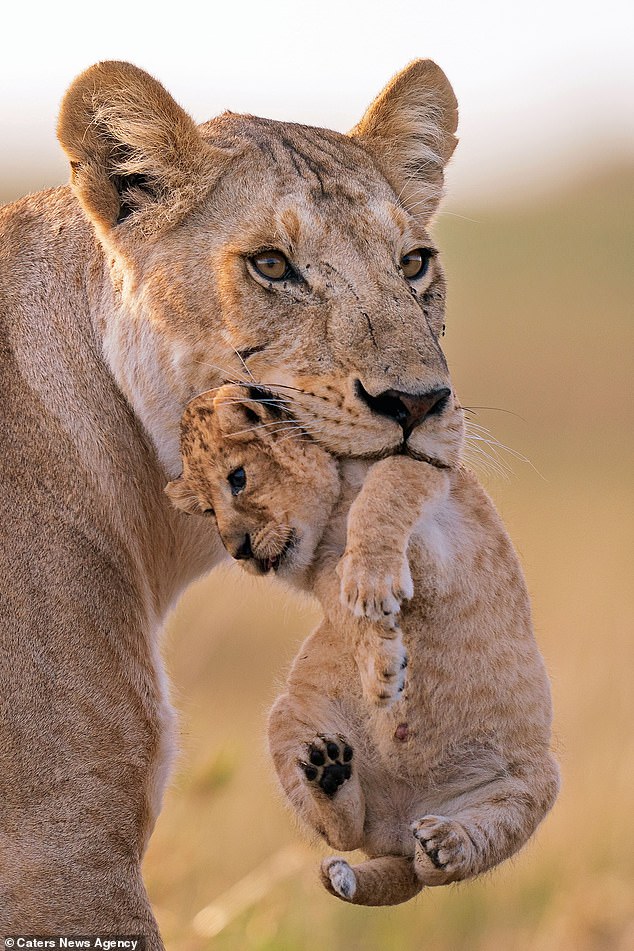 Andreas Hemb, who took the photos, said they prove that a scene can be viewed very differently depending on the angle the picture is taken from 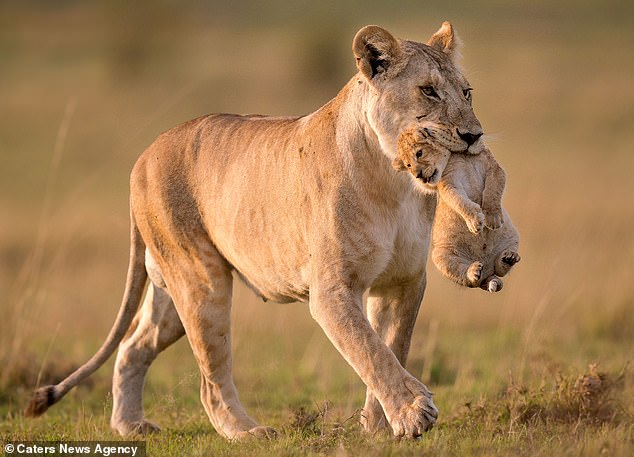 The photographer said that, after giving birth to their cubs, lionesses usually move away to keep the little ones safe and hidden in thick bush 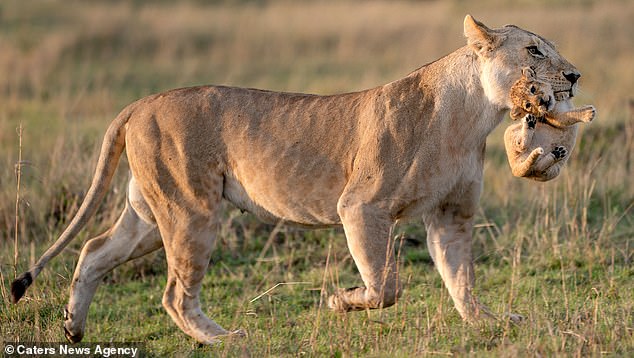 The encounter, Andreas said, happened during one of the moves of the lioness and her cub

‘From time to time she moves them to a new home, and it is during one of these moves that we were lucky enough to have this encounter.’

Maasai Mara National Reserve is one of the most popular tourist destinations in Kenya.

It was originally established in 1961 as a wildlife sanctuary, Yatra reports.

The reserve covers 583 square miles (1510 square kilometers) and is home to large predators, such as lions, cheetahs, leopards and crocodiles.

The photographer added: ‘When a lioness gives birth to cubs she moves away from the pride to protect the young ones.

‘During this time she keeps them safe and often well hidden in thick bush.