The mother of an 11-year-old boy who was told he was too big to play rugby says the decision has had a devastating impact on the child.

Ayla Hinekiteao’s son Leonidas was taken from the field in the fifth match of an eight-week Spring Sevens rugby tournament in Sydney earlier this month.

The Wests Junior Rugby player was publicly humiliated and left the field in tears after a New South Wales Rugby Union official removed him from the field before kickoff.

Leonidas is of Cook Island Maori descent, and twice the size of the children he plays against, and was pulled from the field due to the Rugby Australia size for age policy.

Despite his harrowing ordeal, Leonidas is still turning up to the matches every week to cheer on his teammates and younger sister Serenity.

Ms Hinekiteao told news.com.au her son had been crushed by Rugby Australia’s decision.

‘I would like Leo to keep on playing but then this has taken a toll on him and whether or not next season is still in the books, time will tell,’ Ms Hinekiteao said.

‘Leo definitely is not continuing on with the 7s comp, but he is there on the sideline supporting his team and his sister who is playing.

‘At the end of the day I just hope this issue now doesn’t have any impact on his decisions.’

Assessors can then decide to move the player up a maximum of two grades if they are good enough.

An under-11 player, which is the category Leonidas was trying to play in, must be assessed if they are more than 164cm tall and weigh more than 65kg.

It is not clear exactly how tall or heavy Leondias is – but he was above these measurements.

Assessors can then decide to move the player up a maximum of two grades if they are good enough.

Under the policy, which was introduced last year, small players can also be moved down one grade.

In a Facebook post two weeks ago, Leonida’s mother Ayla said that he had previously been assessed and moved up to the under-12 category – but has ‘backed up’ the under-11s throughout the year.

She slammed officials for taking him from the field mid-match on Sunday 17 November – and shared footage of him in tears.

‘Just before the whistle blew an official from Waratahs approached us to say the ”big kid” can’t play anymore,’ the boy’s mother, from Christchurch, New Zealand said.

In the previews weeks, officials had questioned Ms Hinekiteao about her son after a complaint from an opposing team – but he had been allowed to play.

She slammed officials for only stepping in after five matches.

‘If there was an issue with him playing in his own age group, don’t go and accept his registration and take my money,’ she said. 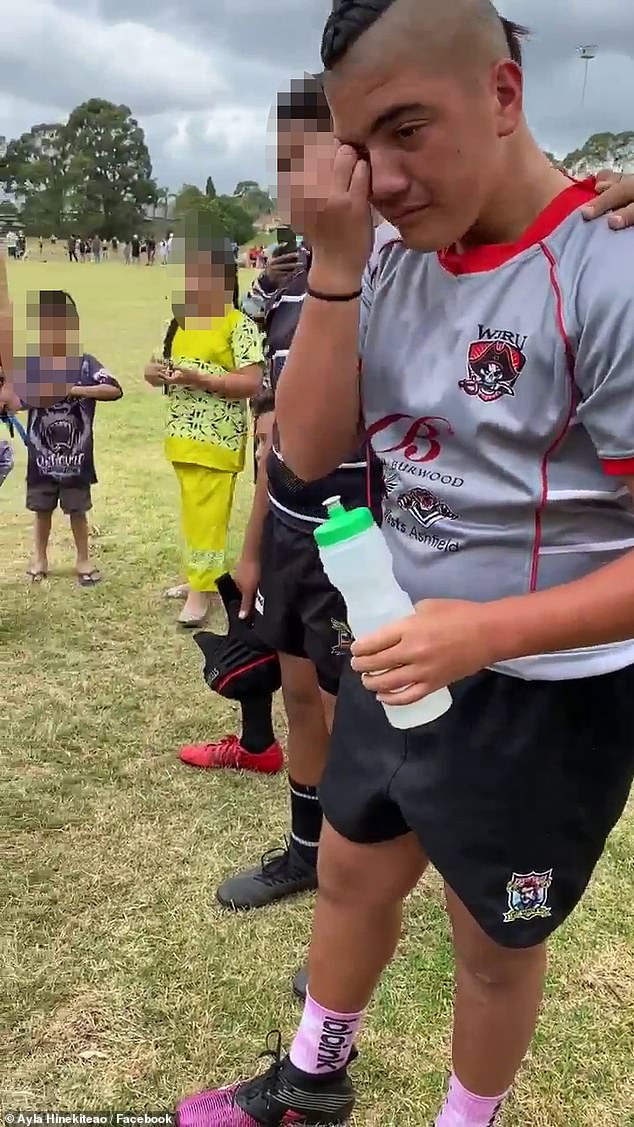 Leonidas was left in tears, and humiliated in front of his team mates and spectators

‘Call me to discuss this during the week, don’t go and tell my kids can’t play when he’s already tied his boots and is ready to kick off.’

Leonidas attempted to take the field with his team in a second match later that day, but the referee wouldn’t blow the whistle to start the game until he had left the field in tears.

In a show of solidarity, his teammates left the field with Leonidas and forfeited the game.

‘Sorry for posting this Leo, but at the end of the day you are still a kid and crying because you don’t fully understand what is going on and why you cannot play is allowed,’ Ms Hinekiteao’s post continued.

‘Love you heaps Leo, you are a great player and even better human full of amazing opportunities that will come later on in life – Australia will kick themselves when you play against them [for the] All Blacks.’ 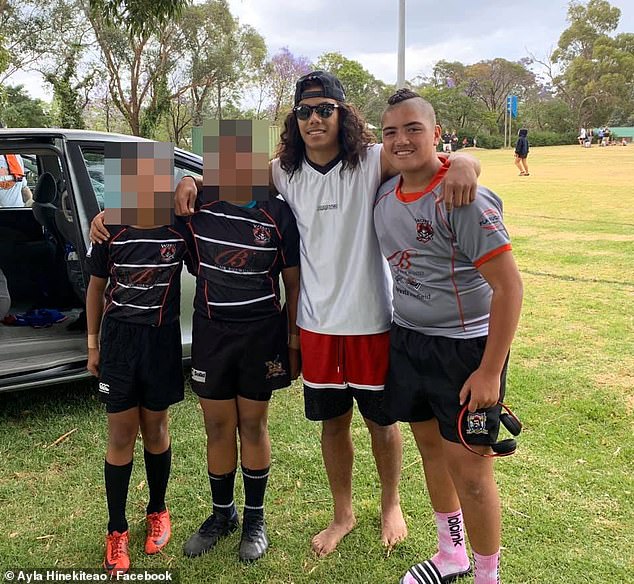 Leonidas (right) played with his teammates in earlier rounds of the competition, but was removed from the field before kickoff by a New South Wales Rugby Union official

New South Wales Rugby Union released a statement defending their decision to remove Leonidas from the tournament, so the game can be ‘enjoyed by all in a safe way.’

‘While it is not NSWRU or SJRU intention to prevent any player from participating in rugby, the player involved had been previously assessed in accordance with the policy and it was deemed he was required to compete in an older age division,’ the statement read.

‘We recognise that perhaps further attempts could have been taken to speak to all those involved; family, players and club; to minimise impact to the player, his team mates and the wider competition.

‘While the matter had tried to be addressed since the opening round of the competition, the miscommunication between all parties meant the matter had not been fully addressed.

‘We want to see the player involved stay part of our competition and we are continuing to work with the club to ensure he and his family can stay involved.’

Leonidas plays rugby league in his age group without any worry from a size for age policy.

His mother says he will continue playing league next year. 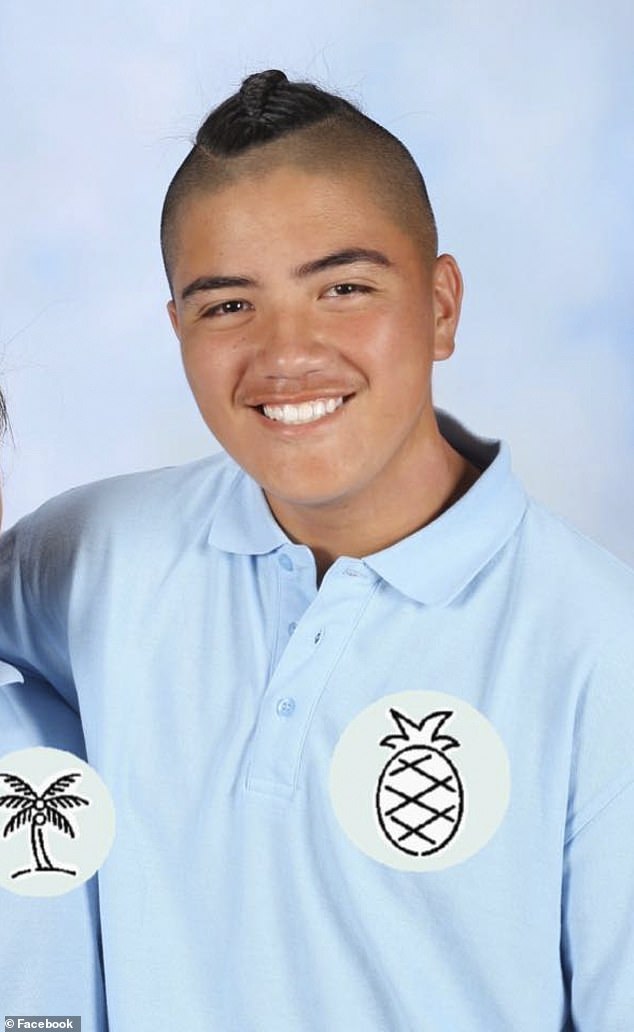 Leonidas’mother Ayla said the decision has devastated her son. ‘I would like Leo to keep on playing but then this has taken a toll on him and whether or not next season is still in the books, time will tell,’ she said