Mother of Flash star Logan Williams, 16, reveals he died of a fentanyl overdose

Logan Williams, the young actor known for his role in The Flash, died of a fentanyl overdose after a three-year addiction struggle, according to his mother.

It was revealed that Logan, who played a young Barry Allen on CW’s The Flash, suddenly died at the tender age of 16 on April 2.

A cause of death was not initially reported, but Marlyse Williams revealed to the New York Post that toxicology reports confirmed her son died of a opioid overdose.

‘His death is not going to be in vain,’ said Marlyse of her son, who would have turned 17-years-old on April 9.

‘He’s going to help a lot of people down the road.’

Logan Williams (pictured) died of an fentanyl overdose on April 2, according to toxicology reports revealed by his mother 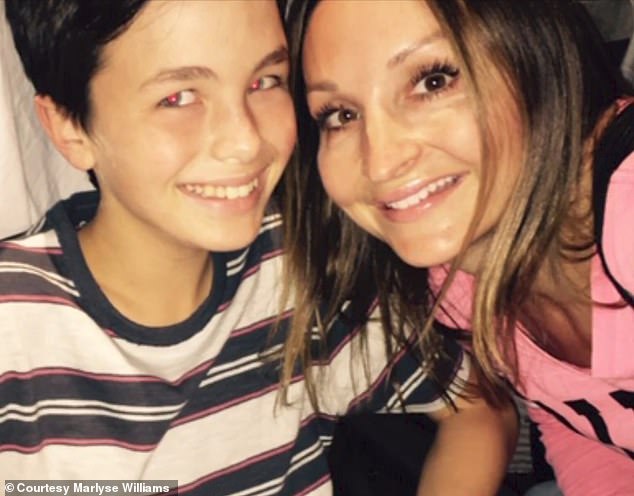 Marlyse first became aware of Logan’s drug use after the auditioning process became ‘way too stressful’ for the young actor.

She discovered he was using marijuana first, but it quickly escalated to other drugs.

Marlyse admitted she wasn’t completely sure at the time that Logan was using other drugs, but as his addiction continued he ‘was in complete denial because he was so ashamed.’

Over the next three years, Marlyse said she tried a number of ways to help her son get clean from his addiction.

She remortgaged her to send him to a costly treatment center in the United States and, last summer, sent him to a facility in British Columbia for one month. 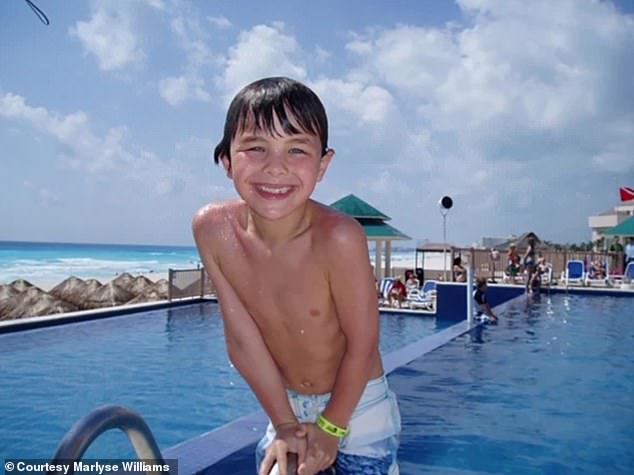 Logan (pictured) began using marijuana around the age of 13-year-old, but escalated to other drugs as he got older 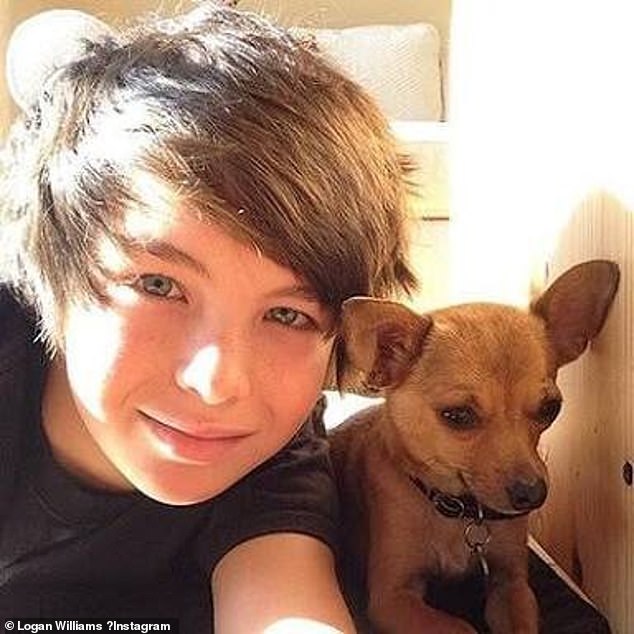 Logan was living in a group home since then.

Helping her son try to overcome his addiction put a strain on Marlyse, who admitted that ‘It basically sucks all the energy out.’

But Marlyse kept her son’s addiction ‘under wraps’ from people in the entertainment business.

‘Logan was always hoping to get back into acting, music or whatever future he wanted,’ she said. 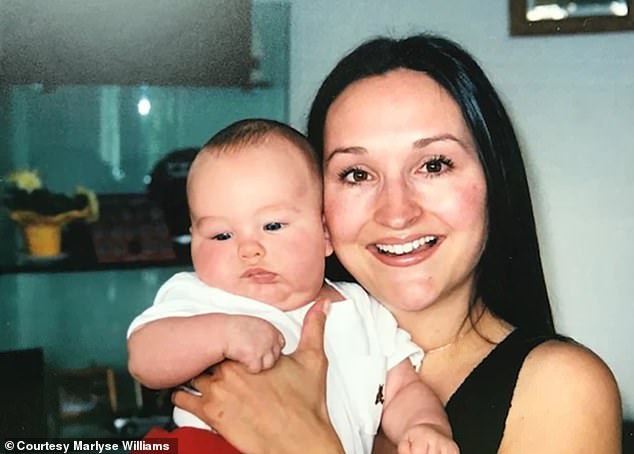 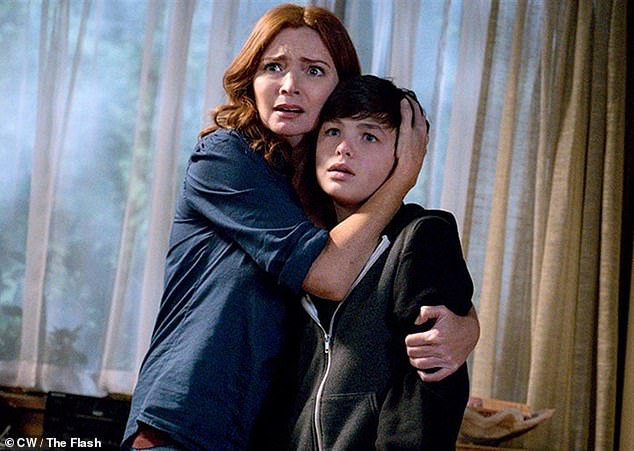 The last time Marlyse saw Logan, the two came together for an ‘amazing’ family dinner where they ate his favorite meal, played rummy and talked.

‘He said to me, ‘Mom, I’m gonna get clean. I’m going to get better. And I want my new life to start.’ I just know the last thing we said to each other was, “I love you,”‘ Marlyse said.

Just four days later, Marlse was forced to identify his body at a funeral home.

‘Seeing him like that was as gut-wrenching as hearing that he died. It was horrific. Horrific. He was cold,’ she said.

‘But I have to say I feel like he was restless and he needed me to tell him it’s OK to let go and that the pain is over and he doesn’t have to hurt anymore.’

That night, she went on a walk with their dog, Chico, and thought about Logan.

‘There was the brightest moon shining down on me and I swear that was Logan’s spirit, letting me know he had transitioned,’ said Marlyse.

‘I really felt his energy, that he had transitioned. I just hope he’s at peace. He was in so much pain and he was so ashamed,’ she added.

On Mother’s Day, four of Logan’s friends arrived at her front door with flowers.

‘I asked them, “I hope you bought your mom flowers,”‘ said Marlyse. 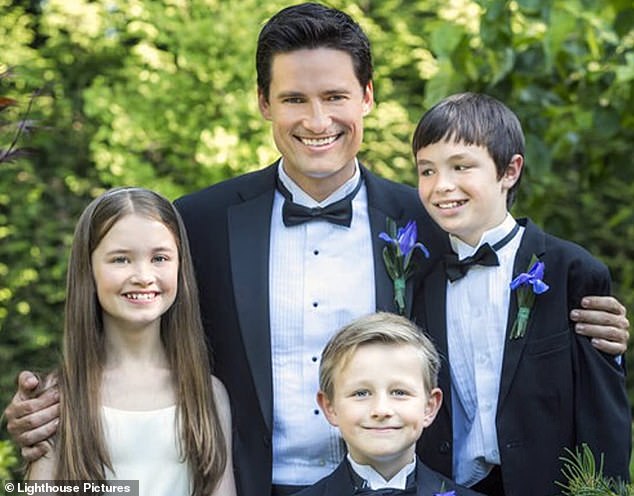 Logan (far right) was 10 when he made his debut in the 2014 Hallmark film The Color Of Rain; pictured with co-stars Warren Christie, Callum Seagram Airlie and Alison Thornton

‘And they said, “We brought you the expensive ones and our moms the cheap ones, because Logan had such good taste and loved you.”‘

Marlyse hopes her son’s death will bring awareness to opioid addiction, something she was reminded of when singer Melissa Etheridge revealed her 21-year-old son died of an overdose.

‘My heart breaks for her because I know the initial devastation of knowing your beautiful boy is gone. Unfortunately, I can relate,’ said Marlyse.

‘We are in this horrible club. A club you don’t want to be a member of.’

She hopes to ‘create a legacy out of this tragedy’ of Logan’s death, even if she only ‘create[s]  awareness or help one or five or 100 people to somehow heal and get help.’

The Centers for Disease Control and Prevention reports that more than 67,00 people died of an opioid overdose in 2018.

For now, she keeps Logan’s ashes in a handcrafted stone urn, surrounded by photos of him, on a table inside her home. 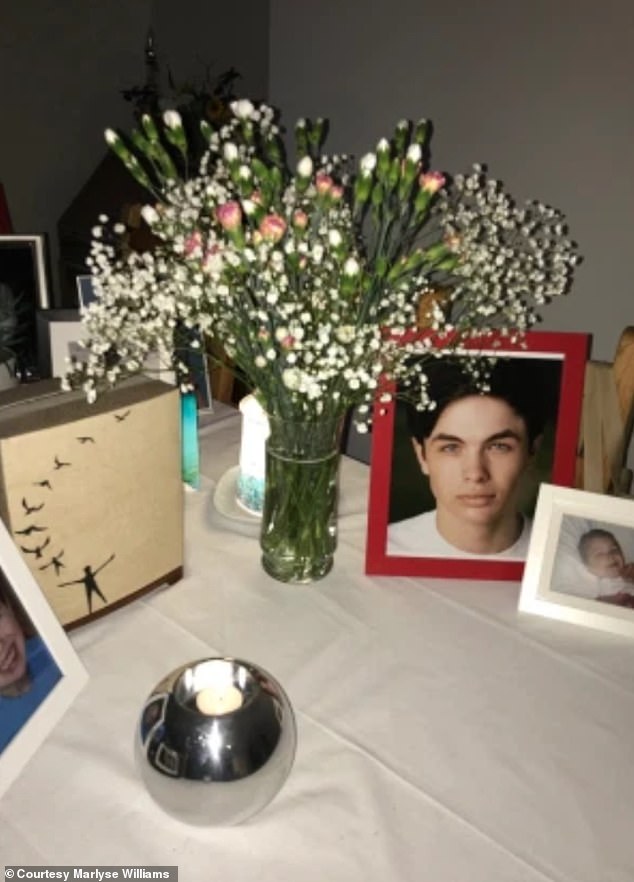 Pictured: Marlyse keeps a Logan’s ashes in a handcrafted urn, surrounded by photos of him, on a table in her home

‘Every night I put a candle by the window. I just want Logan to know that he’s always welcome to come back home,’ she said.

When Marlyse first announced Logan’s death, she said she was ‘absolutely devastated’ and was forced to grieve alone because of social distancing orders.

‘I am not able to hug my parents who lost their only grandchild,’ she told Tri City News.

‘It’s hard. With his talent and gorgeous looks, Logan had the potential to be a huge star.’

Logan was first discovered in a Vancouver-area mall by a casting agent from Los Angeles.

‘She said he could easily become an actor. That resonated with Logan and a few days later he kept saying, “I think I could be an actor,”‘ Marlyse said.

‘I tried to really talk him out of it and say it’s so competitive. It means you have to learn lines and be on time and such. And he said, “I know I can! I can do it!”‘

After securing an agent for Logan, he soon began booking roles on TV shows.

‘We were completely shocked because it was all new to us and didn’t know what to expect,’ said Marlyse, who added that Logan audition for hundreds of roles. 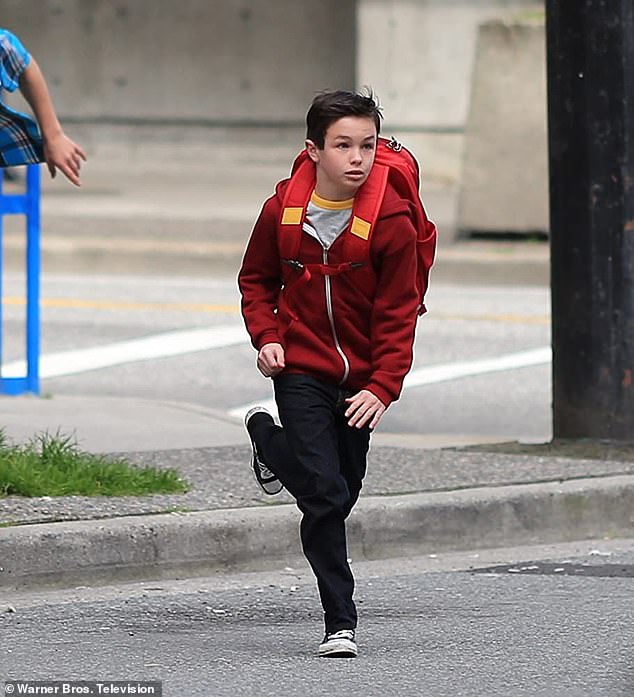 The actor played a younger version of Barry Allen on The Flash (pictured in 2014), a performance which earned him a Joey Awar

Logan’s The Flash co-star Grant Gustin, who played the adult version of his character Barry Allen, shared his heartbreak on Instagram.

Alongside a picture with and fellow The Flash actor Jesse L. Martin, Grant wrote: ‘Just hearing the devastating news that Logan Williams has passed away suddenly.’

He shared: ‘This picture was early in the filming of The Flash pilot episode back in 2014. I was so impressed by not only Logan’s talent but his professionalism on set.’

Grant continued: ‘My thoughts and prayers will be with him and his family during what is I’m sure an unimaginably difficult time for them.’

He urged: ‘Please keep Logan and his family in your thoughts and prayers during what has been a strange and trying time for us all. Sending love to everyone.’ 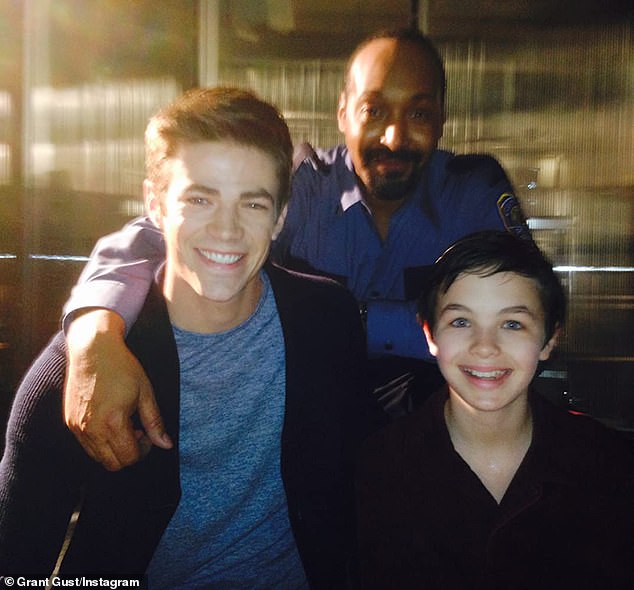 Logan’s performance on The Flash earned the rising talent a Joey Award, a Canadian prize that is given to child actors.

He also starred alongside Lori Loughlin on the Hallmark Channel series When Calls The Heart, a period drama about the early 20th century Canadian frontier.

Logan was only 10 years old when he made his debut in the 2014 Hallmark film The Color Of Rain – after winning the part with the first audition he ever gave in his life.

That same year he began appearing on both When Calls The Heart and The Flash, and the following year he guest-starred on an episode of Supernatural.

Logan appeared on eight episodes of The Flash starting with the pilot and ending with the 2015 episode The Man Who Saved Central City.