Mother-of-four, 27, dies of a heart attack after emergency C-section

A 27-year-old mother-of-four died of heart failure during an emergency C-section in which doctors saved her baby but couldn’t stem the internal bleeding.

Charlene Castro Flores, of Fresno, California, had planned to give birth to her fourth daughter with husband Elesandro naturally, due to her history of heart issues which could be aggravated by a Caesarean.

However, she started to suffer severely painful contractions last Tuesday night, and scans revealed she had internal bleeding.

Doctors said the only way to save her baby was to undergo a C-section, and Charlene agreed.

Elesandro said doctors came out of the procedure with their thumbs up, saying his daughter, Quinn Nevaeh, was being ‘worked on’ but Charlene was stable and asleep.

But moments later, someone shouted ‘code blue’, which is the code for cardiopulmonary arrest, and within 20 minutes Elesandro, barely digesting the joy and relief, received the devastating news, on the morning of Wednesday 24 October, that Charlene had died.

Now, family and friends are rallying around him and his four girls, paying tribute to Charlene, ‘a beloved mother, wife, daughter, relative, and friend’.

Tragic: Charlene Castro Flores, 27, (center) died after doctors saved her fourth daughter in an emergency C-section. She is pictured here with husband Elesandro and their other daughters 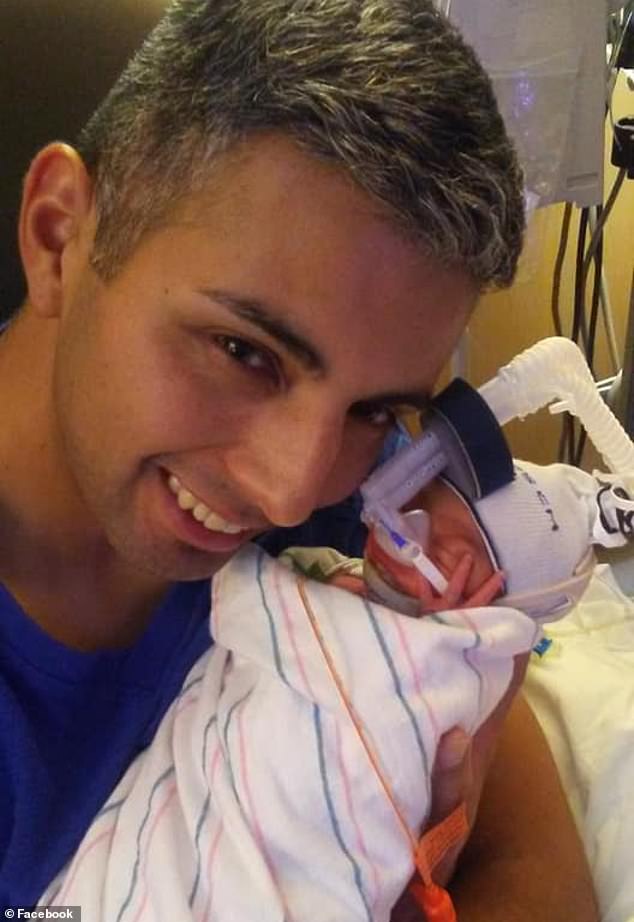 Elesandro said doctors came out of the procedure with their thumbs up, saying his daughter, Quinn Nevaeh, was being ‘worked on’ but Charlene stable and asleep. But moments later, someone shouted ‘code blue’ 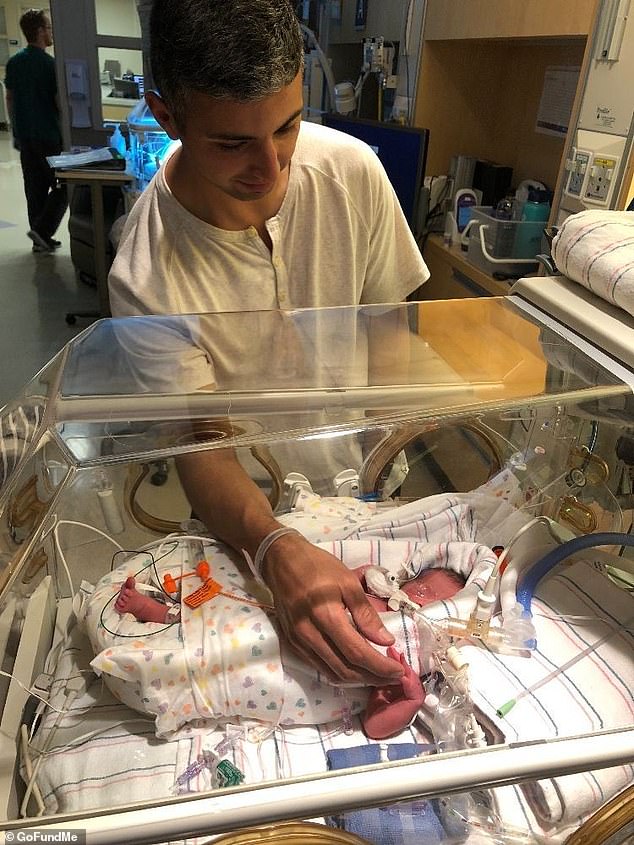 Painful ordeal: Elesandro with newborn Quinn Nevaeh, who is still recovering in the NICU. He was at first told both Quinn and Charlene survived. Shortly after Charlene had a heart attack 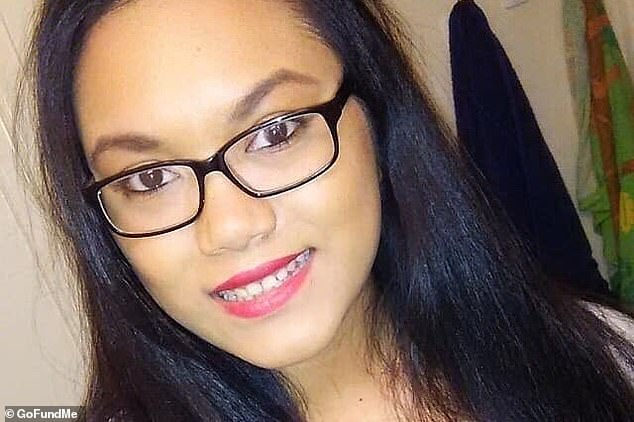 Tribute have flooded in for Charlene, ‘a beloved mother, wife, daughter, relative, and friend’

‘I told my kids, you’re (an) extension of your mother,’ Elesandro Flores told ABC30.

Heart conditions are increasingly common in reproductive-age mothers in the US, and yet there is still no clear research on the best mode of delivery to lower the risk.

One recent study suggested that for women with a history of cardiac disease or other heart-related issues, planned C-sections are often deemed the safest option to avoid the risk of an emergency C-section, which carries the highest mortality risk.

However, in America – home to one of the highest maternal mortality rates in the developed world – progress is slow to build on the few papers that have explored the issue.

Twenty-five per 100,000 women die in childbirth in the US every year – more than double the rate in western Europe. The rate is highest for women of color. 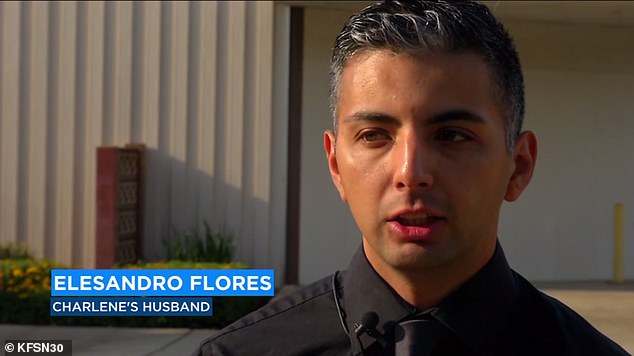 ‘I told my kids, you’re (an) extension of your mother,’ Elesandro Flores told ABC30 . ‘You guys are women, and you guys are going to be my life’ 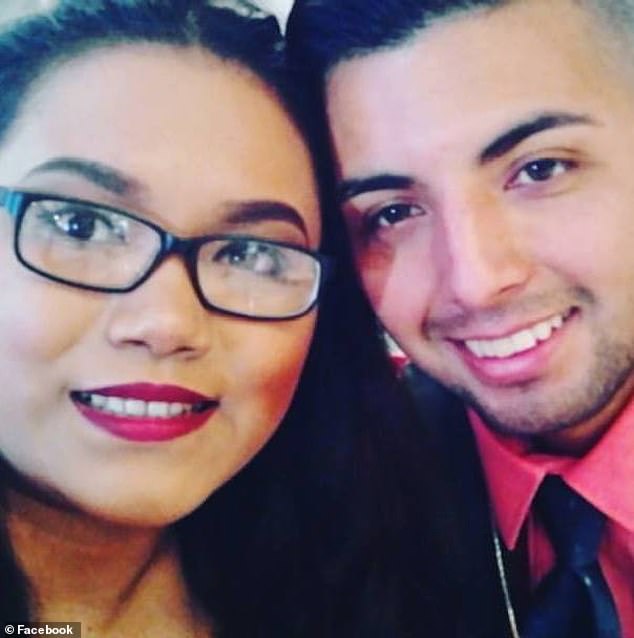 Charlene had a history of heart issues, so the emergency C-section was life-threatening

Having given birth three times before, Charlene was well-versed on the risks, and understood what symptoms to look out for, Elesandro said.

During the night she and Elesandro agreed that her contractions were too severe to be normal, so he drove her to Community Regional Medical Center.

Doctors checked her, determined everything was fine, but admitted her to the ward to keep an eye.

Once she was settled in, Charlene told Elesandro she felt fine, and that she’d rather he go home to get some rest and to make sure their three daughters got to school.

Not long after he got home, however, he received a call from Charlene.

‘She FaceTimes me and says I need you here right now,’ Elesandro told ABC.

‘So the doctors come back to me in the room saying your baby’s being worked on, your wife’s asleep,’ he said.

‘And then [I] heard code blue. This lady comes to our door area and says, “We need you doctor,” and the doctor rushes back there. And then 20 minutes later the rest of the doctors and nurses flow in the room and tell me that my wife didn’t make it but my daughter’s in an incubator getting her treatment.’

Historically, like in most countries, that was largely due to delivery complications including hemorrhages and infections.

As of last year that had shifted in America: traditional issues are now rare, but chronic underlying issues – such as obesity, diabetes and heart disease – are to blame for the majority of maternal deaths and complications in childbirth.

Dr Lindsay Admon, the University of Michigan researcher who documented that shift in a research paper last November, warns the issue will continue to grow unless more women have healthcare through their lifetime to treat underlying conditions before pregnancy – particularly low-income women. 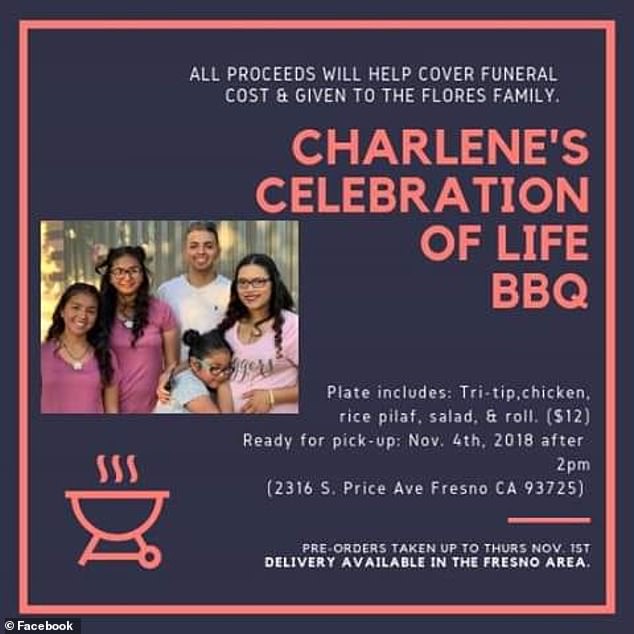 Their community has rallied round them, hosting barbecues and events to raise money and celebrate Charlene’s life

She also warns that this seems to be the start of a global trend due to lifestyle factors. We will likely see an increased rate of chronic underlying health issues in pregnant women all over the world.

‘In the US, we have passed the “obstetric transition” – fewer women are dying from traditional causes of death but more have pre-existing conditions, which they are dying from,’ Dr Admon told DailyMail.com.

‘I suspect that we have already started to see in developing nations a similar trend: improvements in maternal mortality from hemorrhage and infections but more and more facing pre-existing conditions.’

However, the rates are rising faster than research – and much faster than policy changes.

The Flores family is a snapshot of the devastation of what that lack of progress leads to.

Little Quinn is still recovering in the NICU – a stressful and emotional prospect for any family, even without losing their mother.

In a GoFundMe created to support Elesandro and the girls, a friend thanks well-wishers for their prayers and thoughts, and asks for any help to support the family in paying for the funeral and beyond.