By David Williams In Digana, Sri Lanka For The Daily Mail

The delight on the faces of five-year-olds Serena and Hala is matched by that of Kim Peatfield as they play together at a Sri Lankan orphanage.

She laughs as the girls and their friends shriek with excitement on the swings and slides at the aptly-named Home of Hope in the hills at Digana, 40 minutes from the island’s second city Kandy.

For Mrs Peatfield, 50, it is an especially poignant meeting as the pair are the same age as her daughter Isabella was when she was torn from her arms by the raging waters of the Boxing Day tsunami in 2004.

British mother Kim Peatfield, whose five year-old daughter Isabella was killed in the Boxing Day tsunami of 2004 with children at the Home of Hope in Digana, Sri Lanka 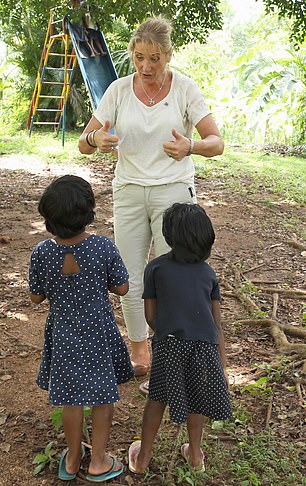 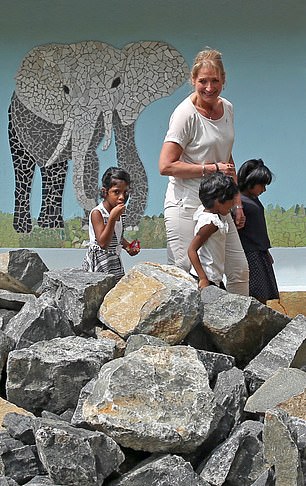 Kim Peatfield plays with children at the Home of Hope, which caters for 93 children aged four to 18, is one of the organisations the Isabella Peatfield Memorial Fund helps to support

Isabella was among more than 37,000 who died in Sri Lanka that day – half of them children – and, since then, Mrs Peatfield and her husband Tristan have run a foundation in their daughter’s name to help children on the island.

Their response to the tragedy was shared by Daily Mail readers who raised £15.92million for its Flood Aid Appeal to help victims.

Most of the money went to the Disasters Emergency Committee to distribute among charities but more than £250,000 helped to rebuild a school.

The Home of Hope, which caters for 93 children aged four to 18, is one of the organisations the Isabella Peatfield Memorial Fund helps to support.

‘If we can improve the life of just one girl and give her the future that Isabella was denied then we feel she did not die in vain,’ Mrs Peatfield explained.

Originally an orphanage for children from the island’s 26-year civil war and those in poverty, the home now cares too for children like Serena, whose mother was a beggar who set herself on fire, and Hala, the victim of parental torture. 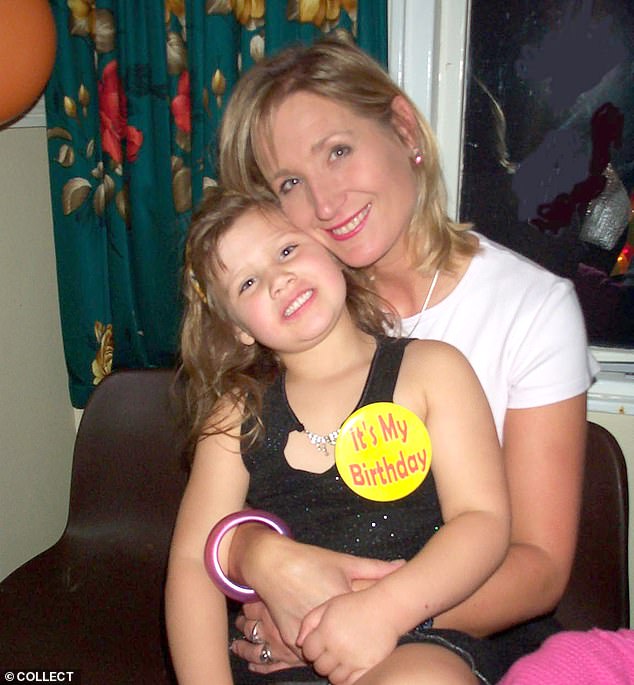 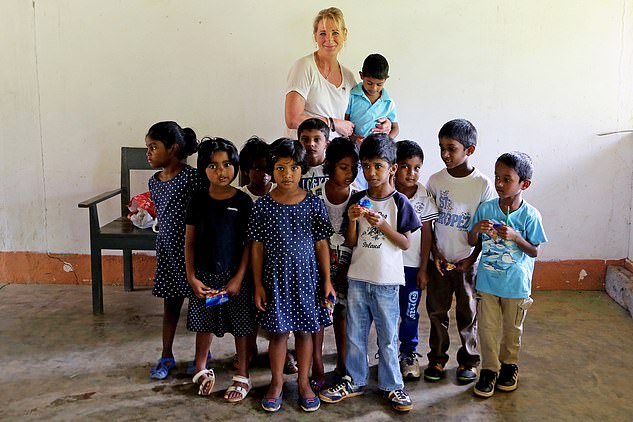 The foundation now helps orphans, victims of the civil war and youngsters tortured and abused

Girls are also sponsored by the fund throughout their schooling so they can study for a career. With the devastation of the latest tsunami, which struck days before Christmas, killing hundreds and leaving at least 16,000 homeless in Indonesia, the positive legacy of Isabella is especially poignant.

Mrs Peatfield said: ‘This visit has been extremely tough and emotional and brought up nightmares I had stored away for 14 years.’

She and her husband knew the area well, having honeymooned there, and had spent a wonderful Christmas Day with Isabella.

‘She was a great girl,’ her mother said. ‘It was a beautiful day and we were talking about what we were going to have for breakfast.’

But at that moment, the couple noticed water flowing over a levee heading towards their beach bungalow.

They slammed the door shut but water had got inside. Isabella clung to her mother’s neck as her father opened the door to let the water out as it appeared to recede.

It was then that a second, huge wave hit, dragging the child from her mother’s arms.

The fund, run from the family’s home in Ashbourne, Derbyshire, is a lasting legacy to their daughter: ‘We had lost a child but families had lost everything, mum, dad, sisters, sons, homes, schools.’

To donate or to find out more, go to www.isabellapeatfield.com 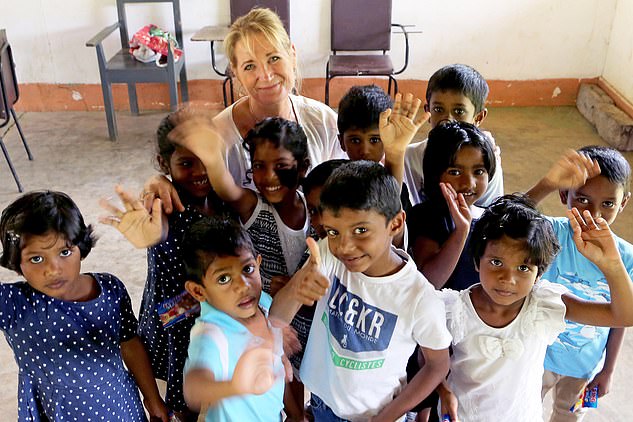 British mother Kim Peatfield, whose five year-old daughter Isabella was killed in the Boxing Day tsunami of 2004 with children at the Home of Hope in Digana

A chance to study – thanks to the Mail

Sithumi Dhananjana is among the thousands of children who have attended the CWW Kannangara School overlooking the ocean in Sri Lanka’s southern city of Galle.

The ten-year-old is one of the first pupils to have been awarded a full scholarship to study at the country’s leading school after gaining top marks in nine subjects.

It is a remarkable achievement for Sithumi, who comes from one of the area’s poorest families, and for the school – an achievement made possible in part by the generosity of Daily Mail readers, who paid for it to be rebuilt after it was devastated in the 2004 tsunami.

Thirteen years after it became the first tsunami-destroyed school to re-open in Sri Lanka, the Mail returned to see the progress made. 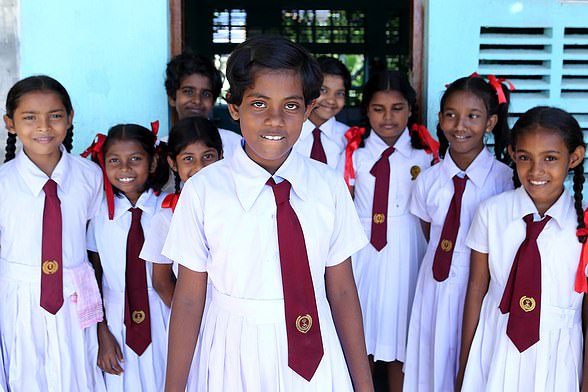 Sithumi I Ddhananjana, 10, (centre) the school’s first ever scholarship pupil with her classmates of the CWW Kannangara School in Galle

Headmaster Mampitiya Dharmabandhu said: ‘There was only debris left, the school had been broken by the waves and all around was heartbreak, but out of disaster it has been reborn better and stronger.’

Crucial, he said, had been Mail readers ‘who provided the gift of education to children who lost everything’. Pupils have gone on to university for the first time, while others have found jobs.

And Sithumi? She calls Kannangara ‘a place of happiness and learning’.