Mother-of-one nurse, 38, died after she ‘fell asleep at the wheel’ and her car smashed into a lorry

Mother-of-one nurse, 38, died after she ‘fell asleep at the wheel’ and her car smashed into a 7.5-tonne lorry as she drove home from a 12-hour A&E night shift at hospital

A hospital nurse died after she ‘fell asleep at the wheel’ and her car smashed into a 7.7 tonne lorry as she drove home from a 12-hour shift at a hospital.

Mother-of-one Julie Marlow died in the smash following a night shift at the A&E department at a hospital in West Yorkshire.

An inquest heard that the 38-year-old was an ‘amazing’ mother and an ‘excellent’ trauma nurse who had been working agency shifts in the casualty department at Pinderfields Hospital.

Mrs Marlow, originally from Pontefract had started work at 7pm on March 12 last year, with her shift ending at 7am the following morning.

She was driving her black Mercedes M-Class car towards the A1 near Pontefract at around 7.45am on March 12 when it veered into the opposite carriageway and hit two vehicles travelling in the opposite direction.

Wakefield Coroner’s Court heard that her Mercedes car lost a wheel when it clipped a Mercedes HGV before the car collided with a 7.5 tonne Ford Iveco flatbed lorry.

Mrs Marlow, who suffered a traumatic brain and spinal injury, was airlifted by air ambulance to Leeds General Infirmary where she was pronounced dead just after 5.30pm that day.

Ford Iveco driver Glenn Marsden wrote in a statement read out at the inquest: ‘There was nothing I could do to stop it (the car) hitting the wagon.’ 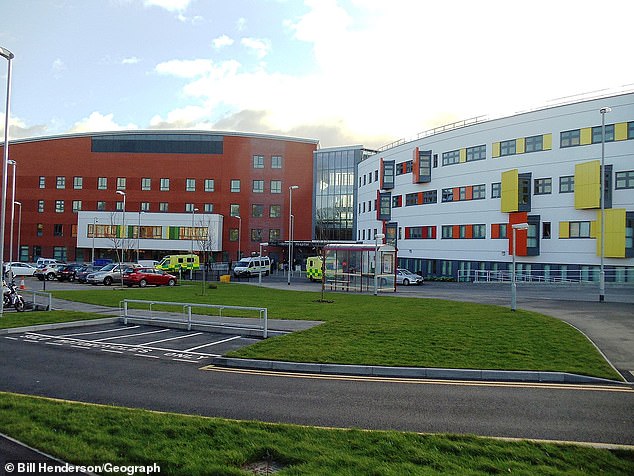 Witness Joseph Hutchinson, who was passenger in a Citroen van on Wrangbrook Lane where Mrs Marlow had been driving her car, wrote in a statement: ‘I just don’t know what made the Mercedes (car) veer to the right.

‘The Mercedes (car) just kept moving on to the right side of the road, not in a sharp movement.

‘It looked to me as though the lady had fallen asleep or been distracted as it wasn’t a normal manoeuvre.’

West Yorkshire Police collision investigator Robert Eyre said all three vehicles involved were defect free and said the drivers of the Iveco truck and Mercedes HGV were travelling within the 50mph speed limit. 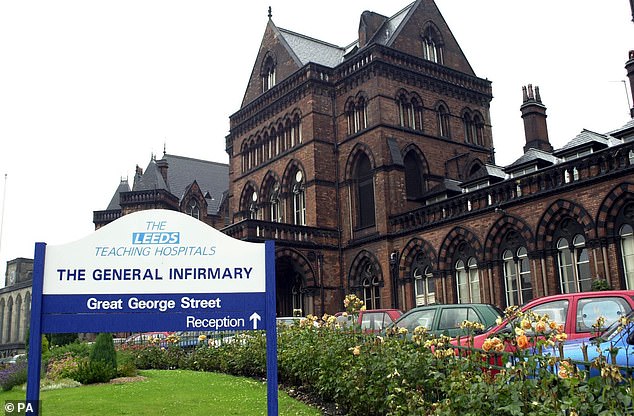 Detective sergeant Fiona Hoodless of West Yorkshire Police said: ‘We are never going to be able to say for definite what has happened.

‘Bearing in mind the witness accounts we have obtained – she had worked a night shift and the deviation (of the car) – it would suggest she had maybe fallen asleep or was distracted by something we didn’t know about.’

Recording a verdict that Mrs Marlow died as a result of a road traffic collision, area coroner

Jonathan Leach said: ‘The most likely scenario is that, following a lengthy night shift, her attention wandered to the extent that her vehicle inadvertently went into the offside lane and a collision occurred.’

In a statement read out at the inquest, Mrs Marlow’s mother Kathleen Miskell said her daughter, who worked at Pinderfields Hospital in Wakefield, had earned a degree in nursing, adding: ‘Julie became an excellent trauma nurse and spent much of her career working in accident and emergency and also became a practice nurse.’

Mrs Miskell added: ‘As well as being an amazing mum, Julie was a loving daughter, a fabulous auntie and the best sister and friend you could ask for.

‘She is missed every minute of every day and will stay in our hearts forever.’

Dawn Parkes, deputy director of nursing at The Mid Yorkshire Hospitals NHS Trust, said after the inquest: ‘At Mid Yorkshire we offer a variety of work patterns for staff in common with all other trusts, and we encourage and support staff to take regular breaks.

‘We recognise, however, that working within busy NHS departments can be tiring for all staff. This is a tragic accident and a terrible loss for Julie’s family and friends, to whom we offer our heartfelt condolences.’