A mother of one of Britain’s youngest transgender children has revealed the ‘grieving process’ of the journey but says she now has a ‘happy, confident daughter’.

Luna Schofield has identified as a girl since the age of three and her mother Jeneen, from Liverpool, has supported her throughout the journey.

Luna, who was born biologically male, asked to be a girl for every Christmas and birthday present growing up and last year her wish came true when, at the age of seven, her name was changed by deed poll.

She wears a skirt to school and even has a new passport, confirming her as one of Britain’s youngest transgender children.

Jeneen, an NHS worker, told the Sunday Mirror: ‘My family felt she was too young to make the decision to be a girl, but I didn’t want to tell her how she felt and knew this wasn’t going away.’

She explained how Luna would enjoy dressing up as a girl and shunned clothes and activities traditionally associated with boys, preferring to play with dolls.

Her family would dress her up in Liverpool football shirts but she preferred dressing up as a princess.

After only a few weeks at school, Jeneen asked to speak to her teacher after Luna wanted to dress as Alice in Wonderland for World Book Day. 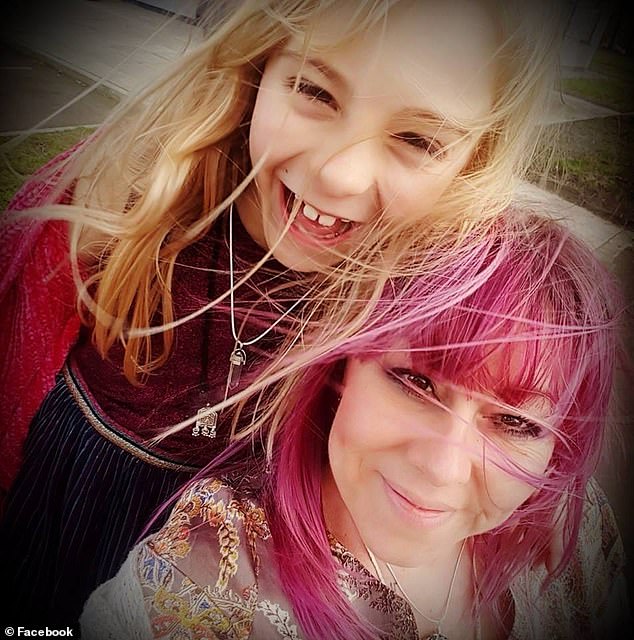 Luna, who was born biologically male, asked to be a girl for every Christmas and birthday present growing up

She explained her thoughts about Luna’s gender identity and the teacher agreed, saying she always noticed Luna playing the mum or the sister when dressing up.

Jeneen said: ‘Suddenly I was so scared about how it might cause problems for her. I sat in my car and cried my heart out. I didn’t really know what trans meant. For weeks I was petrified Luna would have a loveless life full of people hating her.’

The mother said online resources helped her understand Luna could live a happy and fulfilled life as a trans girl.

Top doctors including TV’s Dr Raj Persaud have advised against assigning the transgender label before puberty but Jeneen said she couldn’t let Luna live a lie.

At Liverpool Pride in 2016, Jeneen met a family with a happy trans daughter only a year older than Luna who wore girls’ clothes every day.

This persuaded the mother to let Luna wear the clothes she had been wanting to all the time. 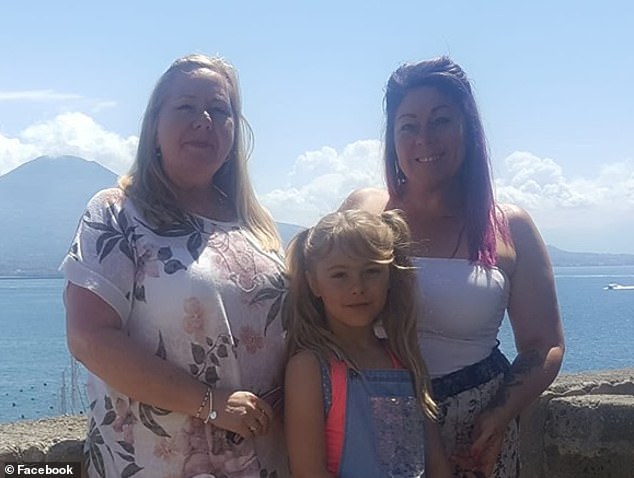 Luna would enjoy dressing up as a girl and shunned clothes and activities traditionally associated with boys, preferring to play with dolls

But this led to an argument with Jeneen’s mother, Luna’s grandmother, who said she wouldn’t take her out in girls’ clothes.

Jeneen explained it was what made Luna happy and that was all that mattered.

The school pupil then started wearing girls’ uniform and picked her name of Luna.

Jeneen said the ‘grieving’ process has been difficult, particularly when she sees old photographs of Luna, but therapy has helped her come to terms with the transition.

It has even allowed her to block out the ‘horrific’ comments she encounters online.

She said: ‘I know she will encounter comments as she grows up, hated for something she didn’t choose, but I can either have a dead son or a happy, confident daughter.’

The NHS worker acknowledges a big decision will have to be made about whether Luna takes puberty blockers in a few years, but says it will be her decision alone.

Luna’s story comes as the number of British children with gender dysphoria has doubled in the past year.