By Shive Prema and Lauren Ferri For Daily Mail Australia

Broncos star Payne Haas’ mother could go to jail as she faces court for the second time in just three months.

Uiatu ‘Joan’ Taufua, 42, attacked delivery driver Keith Tyler in a car park at The Pines shopping centre on the Gold Coast in a road rage incident that was filmed last year.

Mr Tyler was left almost unconscious with a broken cheek and nose after he got out of his truck to film Taufua’s registration plate when she blocked him.

The mother-of-ten has pleaded guilty to assault occasioning bodily harm and could face time behind bars when she’s sentenced at Southport Magistrates Court this week.

She faces court as her 19-year-old son is tipped to join the Blues to become the least experienced Origin debutant since Ben Ikin in 1995.

The mother of star NRL player Payne Haas (pictured) will face court this week after attacking a delivery driver. She faces jail time over the assault and could be behind bars while Haas makes his likely NSW Origin debut 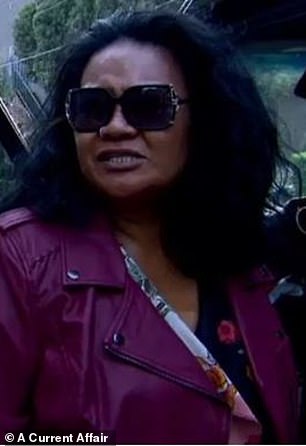 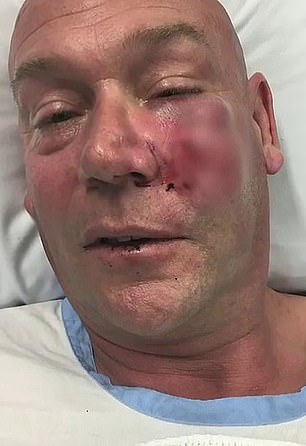 Taufua was given a three-year probation for ­assaulting a mother and her teenage daughter at a women’s rugby league match in Brisbane in August last year.

During the sentencing hearing, Magistrate Joan White said Taufua’s behaviour was ‘outrageous’ and her criminal history was ‘appalling’, according to The Courier Mail.

This does not bode well for her Wednesday sentencing over the road rage incident.

Mr Tyler was completing a delivery when people in a car behind him started shouting abuse.

Taufua was filmed getting out of the van with two other people before abusing Mr Tyler through his window.

Mr Tyler began filming the verbal abuse and assumed the altercation was over after the group walked back to their van.

However, when the delivery driver got out of his car to film the van’s registration plate, the group turned around and physically confronted him. 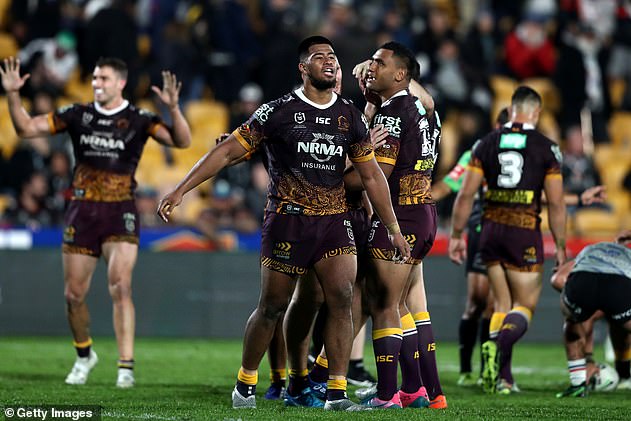 Haas is tipped to join the Blues to become the least experienced Origin debutant since Ben Ikin in 1995. He is pictured playing for the Broncos in their win over the Warriors on Saturday 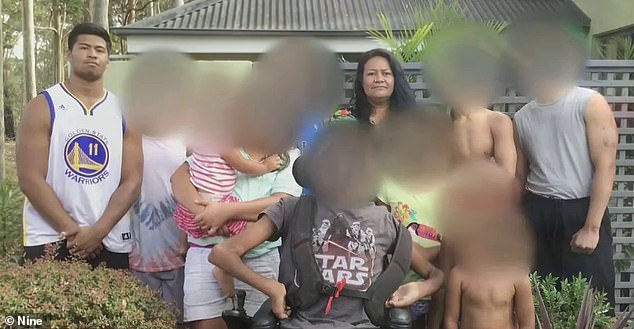 Taufua is on a three-year probation for ­assaulting a mother and her teenage daughter. She is pictured on the right with her children, including Haas (far left)

In the footage, shared with Channel Nine’s A Current Affair, Taufua is seen storming toward Mr Tyler before his phone is knocked out of his hand.

‘I remember the guy holding my head, and his knee kept coming up to my face, and I remember punches raining down on me,’ he said.

Witnesses came to Mr Tyler’s aid and he was treated for a broken nose, broken teeth and a punctured lip.

Since the attack, Mr Tyler said he was still mentally scarred from the traumatic event.

‘She was certainly the most aggressive, not just female, but person I’ve ever come across in my life,’ he said of Ms Taufua. 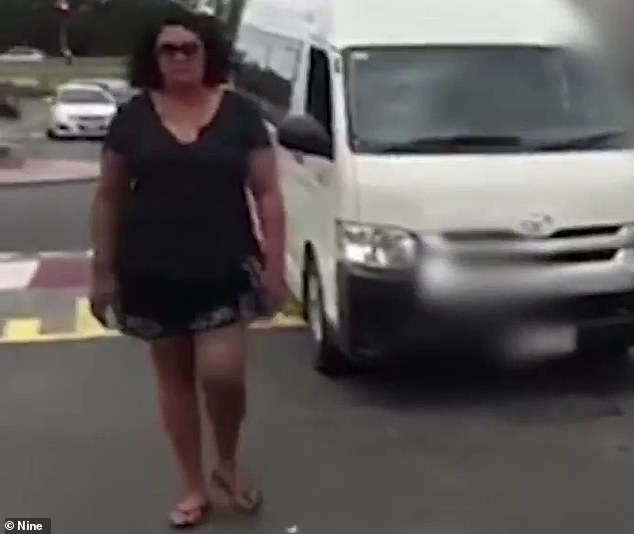 Taufua’s son Payne Haas, 19, was suspended for four matches and fined $20,000 after he refused to cooperate with the NRL Integrity Commission during investigations for the brawl at the women’s rugby league match.

In April, he was caught by police driving to training without a license and using his phone as he drove.

The rising star was fined $500 and lost his license for six months after pleading guilty to the two offences. 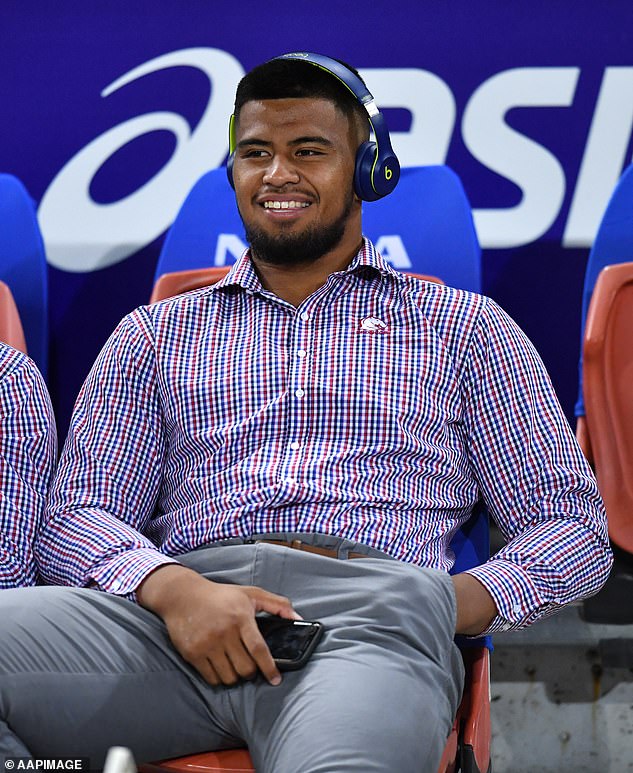 Under pressure: Haas (pictured bottom right) was suspended for four matches and fined $20,000 after he refused to cooperate with the NRL Integrity Commission