Mother of Strictly Come Dancing’s youngest star Maisie Smith, 19, says the teenager is ‘vulnerable’, ‘nervous’ and finding the show upsetting as she misses her family

Maisie Smith is the youngest contestant on this year’s Strictly and is tonight facing a tough battle to stay in the BBC competition. She is pictured above with Gorka Marquez on the show

The mouthy EastEnders teenager she plays can be hard as nails.

But Maisie Smith, the actress behind Tiffany Butcher, is anything but – and nowhere has that become more apparent than as a contestant on Strictly.

In fact, according to her mother Julia, Maisie is ‘vulnerable’ and ‘nervous’.

At just 19, Maisie is the youngest contestant on this year’s Strictly and is tonight facing a tough battle to stay in the BBC competition.

Mrs Smith revealed her daughter is struggling with living alone and missing the ‘comfort’ of seeing her parents in the audience.

She admitted seeing Maisie in the bottom two, twice, while she was unable to attend the live shows in person, due to Covid-19, had left her ‘tearful’ and given her sleepless nights.

This year’s tight bubble rules – which have enabled the show to go ahead – meant Maisie was forced to move out of the family home and live alone for the first time.

Mrs Smith said that while Maisie initially saw it as ‘exciting’, she has since confessed that returning to an empty apartment after training means the ‘novelty is wearing off’.

She told the Daily Mail: ‘As a parent, it’s not about her winning, it’s not about her being at the top of the leaderboard in my eyes, in my opinion. It’s seeing my daughter upset and vulnerable…I want to grab her. In the early days me and my husband were allowed to sit in the audience …and she would look over and we would give her a big thumbs-up and she said she misses that. 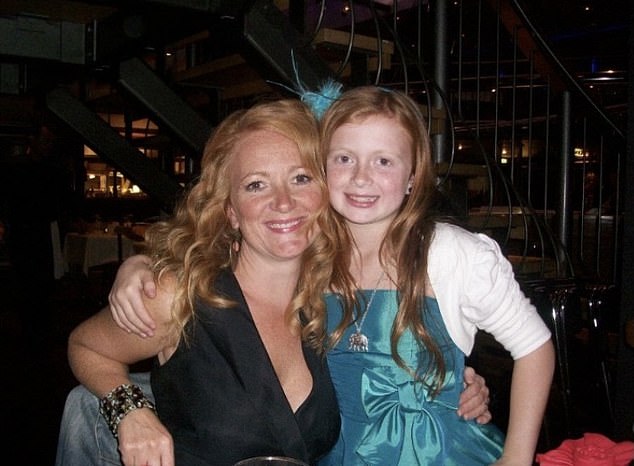 Mrs Smith revealed her daughter is struggling with living alone and missing the ‘comfort’ of seeing her parents in the audience. They are pictured together above

‘Knowing that we’re nowhere near, I feel her vulnerability, so it has been quite tearful. The last couple of weekends have been …you know, I didn’t sleep on Sunday night. I was up for three hours just pacing around in the night, thinking, ‘How can I help her?’

‘If it was any other year but Covid year, it could be so much better that she would come home, I’d cook her a nice meal with all her vegetables and we’d talk it through, and it would all be OK.’

Maisie, who is partnered with professional dancer Gorka Marquez, 30, found herself in the bottom two for her cha cha cha and salsa.

Their cha cha cha received 24 points from the judges, finishing mid table, and their salsa was awarded 27, which left them joint second on the leaderboard. However, the public votes saw them plunge down the rankings.

Reflecting on why that had happened, Mrs Smith suggested viewers like to see a contestant go on a ‘journey’.

Mrs Smith went on to say it had also been difficult for her daughter to be ‘Maisie Smith’ on the show, as she can usually ‘hide behind’ her Tiffany character.

‘I was so nervous for her to be Maisie Smith in front of the nation because I know how she gets so nervous,’ she said.

Maisie first appeared as Tiffany on EastEnders in 2008 when she was aged just six.

Mrs Smith revealed how much she enjoyed entertaining the family as a child.

‘Most girls went to ‘dress-up day’ at primary school as Hermione Granger from Harry Potter, but not Maisie, she was adamant she was going as a flamenco dancer. From the age of two Maisie would be in fancy dress and putting on a show.’