A Kansas mother and her three children have been hospitalized after the woman claimed she mistook the powerful drug PCP for vanilla extract while making French toast for her family.

The Kansas City Police Department is now investigating to determine whether the children’s exposure to the hallucinogenic and potentially deadly substance was, in fact, accidental.

Officers responded to the 400 block of Walker Avenue in Kansas City at around 1.30pm on Tuesday after getting a report about a medical emergency.

Mistaken identity: A Kansas mother says she added what she thought was vanilla extract to a French toast recipe, but the liquid ended up being the drug PCP (stock photo)

The mother, who has not been named, told investigators that she was preparing breakfast for her three children, one of whom is 16 years old and the other two are under the age of one, when the mix-up happened.

According to the woman, she took a bottle of vanilla extract to flavor the French toast, but later discovered that the bottle contained PCP, reported the Kansas City Star.

The mother and her kids became ill and were taken to a hospital, where they were listed in stable condition as of Thursday.

The mom said a family member’s addict ex-boyfriend used to live with them and may have poured the PCP into the dark-tinted vanilla extract bottle to avoid detection, reported Fox 4 KC.

So far, no charges have been filed against the mother-of-three.

Phencyclidine (PCP), also known as Angel Dust, Killer Weed and Rocket Fuel, is a ‘dissociative’ anesthetic. Its sedative and anesthetic effects are trance-like. 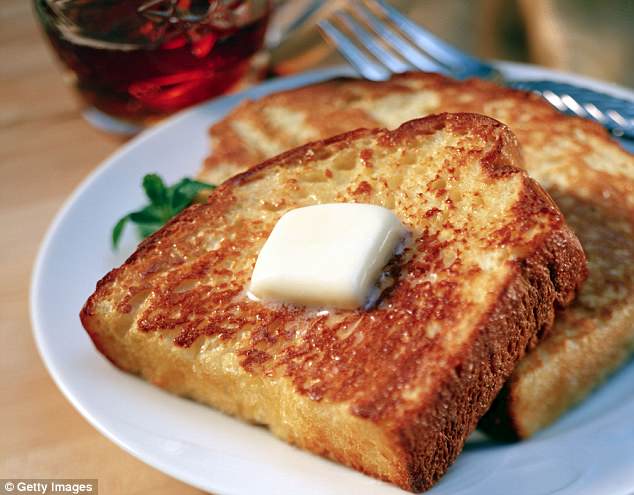 Deadly treat: the woman and her three children were hospitalized after feasting on the French toast laced with the powerful and potentially deadly drug

People using PCP experience a feeling of being ‘out of body’ and detached from their environment, and some are prone to violent behavior.

At low to moderate doses, PCP can cause distinct changes in body awareness, similar to those associated with alcohol intoxication.

At high doses, PCP can cause hallucinations, paranoia, catatonia, seizures, coma, and death.