Mother-of-two, 27, breaks both her ankles attempting to tap another person’s feet for Tik Tok dance challenge

A mother-of-two has broken both her ankles while attempting the Oh Na Na Na Tik Tok dance challenge.

Sapphire Charlesworth, 27, from Chester-le-Street in County Durham, was trying to tap her feet against those of girlfriend Naadjele Lartey when she fell to the floor and heard a ‘crack, crack’.

‘I think my partner thought I was exaggerating (the pain)’, she said. ‘We were trying to wait to see if the pain wore off but then we had to phone an ambulance.’

Her left ankle is now in a cast and her right foot has been placed in a moon boot, after doctors found she had also torn ligaments there. She may need an operation.

The Oh Na Na Na challenge sees contestants tapping their feet together for a social media video to the sound of the 2017 song of the same name by BondeR300. It was popularised by celebrities including Chelsea midfielder Ruben Loftus-Cheek.

Sapphire Charlesworth, from Chester-le-Street in County Durham, broke both of her ankles. One is now in a cast and the other is in a moon boot

Ms Charlesworth said she was just practising with her partner at home when she slipped and heard a cracking sound, ‘and then I was in a heap on the floor’.

She was treated at University Hospital of North Durham where the breaks were identified and casts applied.

The mother recommends any others thinking of trying the challenge should ‘approach with caution’.

Ms Charlesworth also thanked NHS staff that cared for her. ‘I want to massively thank the NHS,’ she said. ‘Through all of this, they are keeping their spirits high.’ 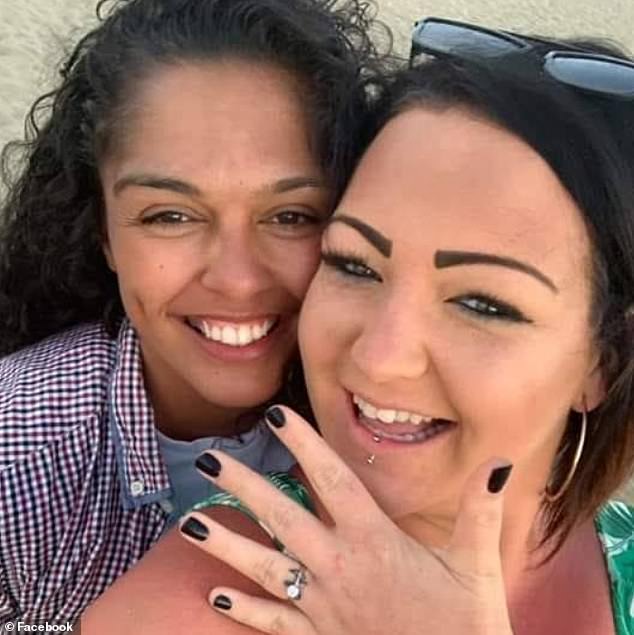 She is now back home being nursed by her partner, who is also caring for the two young children. The breakage has been hard on all of them.

Thousands have posted videos of themselves attempting the nifty footwork.