A mother who claims she was refused a second smear test has now been diagnosed with stage four cervical cancer.

Steph Nally, 29, from Wythenshawe, south Manchester, had been experiencing excruciating back pain on and off for four years when she asked her GP for a test.

However the mother-of-two was diagnosed with sciatica, a condition where the sciatic nerve becomes irritated, and was repeatedly sent home with painkillers.

When Ms Nally began suffering from abnormal bleeding, months after being given the all-clear from a previous test, she requested the test again.

The young mother said that because of her all-clear results from a previous test, medical staff turned her down.

Months later she received the news that she had stage four cancer and began chemotherapy this week.

In an effort to help her battle with the disease her family are now trying to raise funds so that Ms Nally can receive alternative treatment abroad. 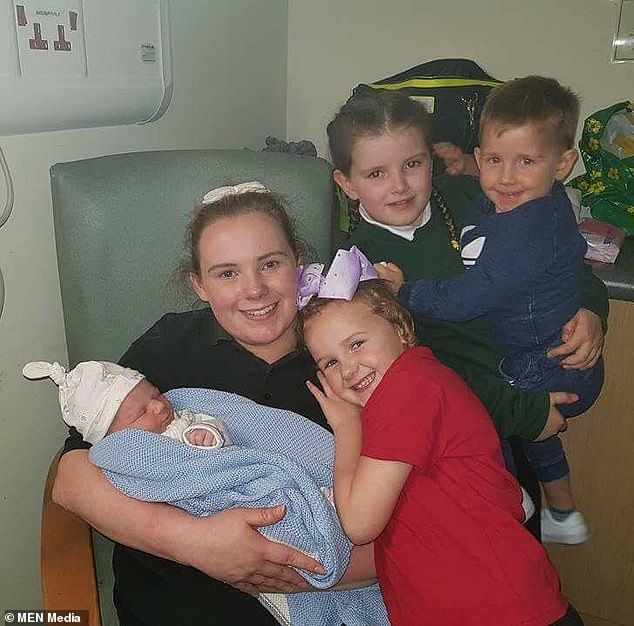 ‘No blood tests or smears took place. She asked for a smear.

‘Her last smear was in 2017, the results were all clear. But since then she had abnormal bleeding. They refused it as they said she is not due one.’ 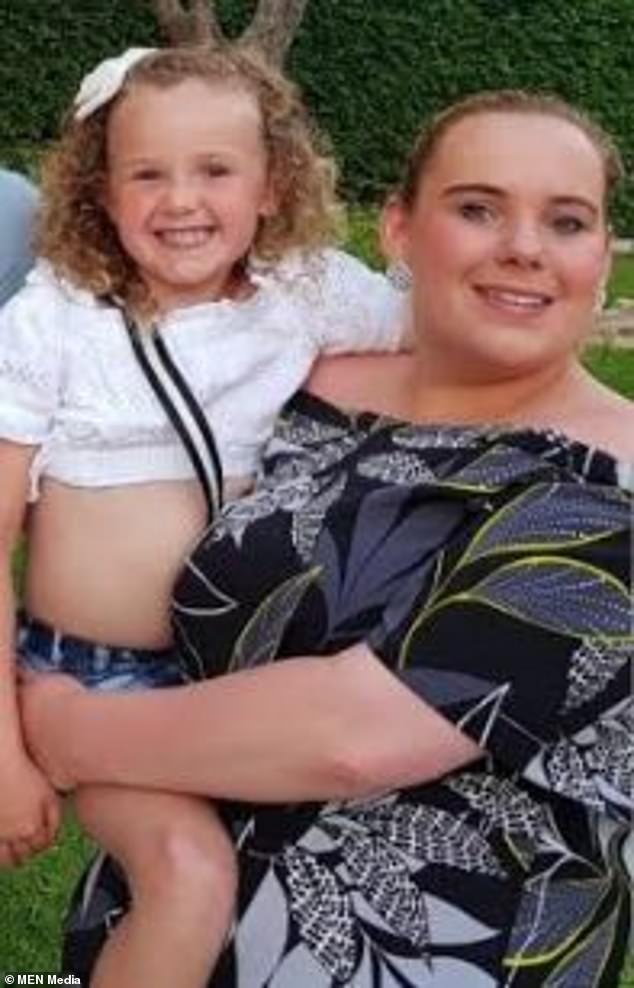 She claims that she was denied a second smear test after receiving an all-clear a few months earlier. Pictured: Ms Nally with daughter Lola

When Blake was one, Ms Nally collapsed from the pain in her back and  was rushed to A&E in an ambulance.

However she was later discharged and told it was a slipped disc.

As the pain in her back continued Ms Nally was left to attend numerous appointments but to no avail- each time being told it was sciatica.

Ms Nally was diagnosed with cancer four weeks ago and her family are now fundraising to send the mother-of-two for immunotherapy treatment abroad.

The treatment is only available in countries such as the USA and Germany.

To make a donation visit: https://uk.gofundme.com/6d2x1sg