A mother-of-two has been awarded £12,000 in compensation after a ‘nightmare’ ordeal with her community dentist.

Harriet Weyman, a marketing assistant, lost two teeth and now needs a special implant for life after her dentist failed to spot and treat decay.

Another dentist told her both teeth she had fillings placed in were ‘severely decayed’ and one was ‘getting blacker by the day’. The other dropped out.

Now, the 30-year-old has received a five-figure sum in an out-of-court settlement. However, the dentist did not admit liability.

Ms Weyman, from Hengoed, who was a patient at Clive Street Dental Practice, Caerphilly, for nearly a decade, said the problems first began in 2010 when one of her teeth fractured.

Grin and bear it: Harriet Weyman, who works as a marketing assistant, is all smiles after getting £12,000 following her experience at Clive Street Dental Practice, Caerphilly

She said her dentist, Dr Lindsay Rich, placed a filling which initially seemed to resolve the problem.

But she needed to return the following month when the terrible toothache failed to go away. A filling was put in a different tooth on this occasion by Dr Rich, she claims.

Then in 2012, Ms Weyman’s toothache returned for a third time. She made another appointment with the dentist who placed a second filling at the tooth that had previously fractured.

But three months later the tooth fractured for a second time.

‘I thought it was strange that the tooth had fractured twice despite [the dentist’s] treatment,’ she explained.

‘It had all happened within quite a short space of time. But I suppose at this point I still trusted [the dentist] to know best. When the tooth fractured the pain was horrific.’

Ms Weyman’s pain subsided for a few months after a crown was placed, but she was back with the dentist in October 2013 suffering from excruciating toothache.

However, nothing Dr Rich did really seemed to make a difference. 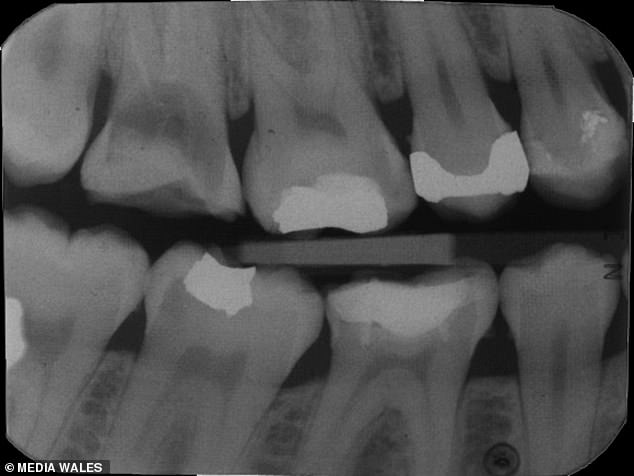 Long-term impact: The 30-year-old said she lost two teeth and now needs a special implant for life after her dentist failed to spot and treat decay. The dentist did not admit liability 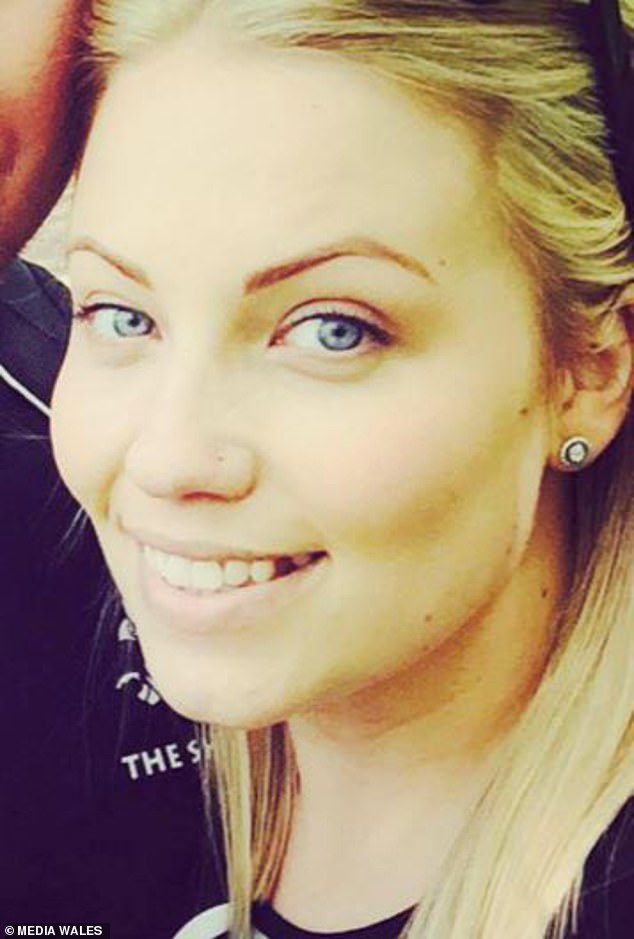 Sore point: Experts say she suffered several avoidable treatments including fillings, root canal and extractions. She has had to have a dental bridge fitted to replace her decayed teeth

‘I started to think I just had bad teeth,’ Ms Weyman said. ‘I didn’t know what else to do.’

But she was still suffering from toothache in September 2014, so went back to see Dr Rich yet again.

‘I was desperate and thought there must be something she could do. She undertook various examinations and cleaned my tooth but nothing made a difference.

‘I was still suffering from toothache in 2015 but Dr Rich just prescribed antibiotics. Then in the summer of 2015, a filling she had placed fell out twice.’

‘My new dentist was shocked at what he found,’ she said. ‘He told me that both teeth Dr Rich had been treating were severely decayed.

‘The one that hadn’t fallen out was getting blacker by the day, and the other was so badly decayed it had fallen out while I was eating dinner at home.’ 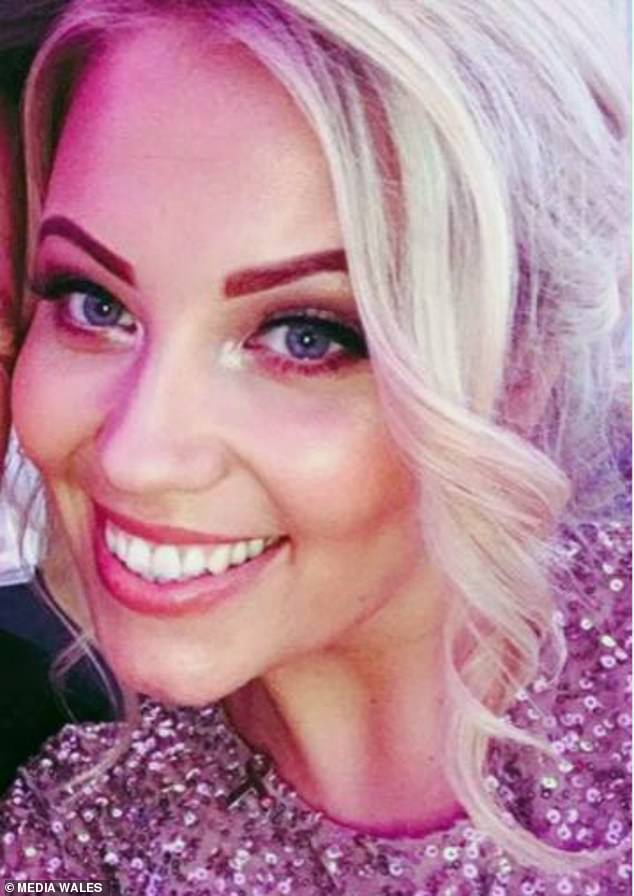 ‘The pain was just awful. I was at my friend’s wedding and had to leave early because I couldn’t face anything other than lying in bed. I’m just glad it’s all over’

According to her legal claim, analysis of her dental records revealed that Dr Rich had consistently failed to spot and treat decay, and had also failed to provide adequate fillings.

As a result, Ms Weyman suffered years of toothache and infection at two of her teeth.

Her solicitors said she suffered several avoidable treatments including fillings, root canal treatment and extractions. She has had to have a dental bridge fitted to replace her decayed teeth.

‘The whole thing was a nightmare,’ she added. ‘I had my daughter in 2010 and then my second child in 2012 while all of this was going on.

‘You don’t get much sleep with newborn babies in the house, and even less with chronic toothache on top of that.

‘The pain was just awful. I was at my friend’s wedding and had to leave early because I couldn’t face anything other than lying in bed. I’m just glad it’s all over.’

The £6,000 kick in the teeth: Parents forced to pay for children’s braces the NHS refuses to fund

Tens of thousands of families are being forced to pay up to £6,000 for dental braces for children who should get them free on the NHS.

A Mail on Sunday investigation has found that at least 20,000 youngsters a year are being denied the corrective treatment they need for seriously misaligned teeth. The figure could be even higher, but there are no official figures.

In some cases, orthodontists have been accused of incorrectly advising parents their children are ineligible for free treatment. And in others, those who qualify for NHS braces are told they have to wait up to six years to have them fitted – putting intense pressure on parents to opt for private treatment because waiting risks leaving children with permanent dental problems.

Last October, the General Dental Council admitted that some orthodontists are deliberately stopping children from accessing braces on the NHS so they can make more money out of them privately.

The specialists are paid about £1,250 for fitting a teenager with braces under the NHS contract, but can earn far more if parents pay for them to be fitted privately. A dental council spokesman said: ‘This is something that we have come across. Such malpractice would be officially regarded as dishonesty.’

According to the NHS, the ‘ideal age’ to have braces is 12 or 13. If a child’s regular NHS dentist thinks they might need a brace, they refer them to an orthodontist.

A recent NHS study stated that between 35 and 42 per cent of 12-year-olds have teeth that clinically require braces – meaning at least 245,000 should be fitted each year. But only 225,000 people in the UK had NHS orthodontic treatment last year – and that includes some adults.

Consequently, at least 20,000 youngsters a year are not having braces fitted on the NHS who should. Braces are free for under-18s who need it, but local health service managers cap the number, meaning patchy provision and long waits in some areas, which the NHS admits. The service says ‘there can be a long waiting list’ and appears to encourage patients to go private.