British mother-of-two, 33, clears Luton airport security and boards easyJet plane… only to find she had mistakenly used her one-year-old son’s passport when she LANDED in Berlin

A British mother-of-two was ‘almost refused entry’ at an airport in Germany after security staff at Luton Airport allowed her to board a flight using her one-year-old son’s passport.

Lenesha Riley flew from Luton to Berlin with easyJet on Friday night with her mother Annette Murray and her friend Angela Grant for a short break before the 33-year-old returns to her studies later this month.

The passport was scanned at the departure gate at the airport and Masters student Lenesha was allowed to get on the plane.

She had no idea she was using Josiah’s passport until she got it out for a security check in Berlin. 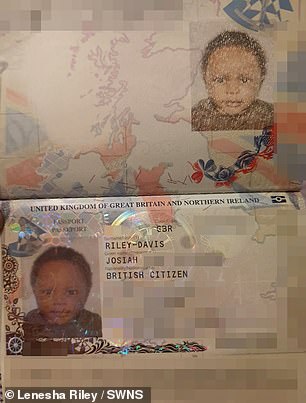 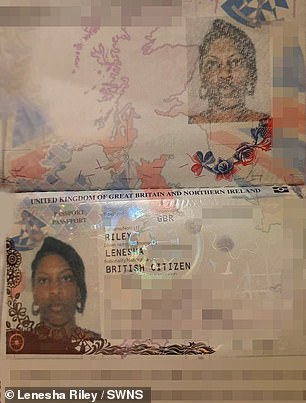 Lenesha said the passport was scanned at the desk in Luton but that officials did not realise she was using her son’s passport (Josiah’s passport, left, Lenesha’s passport right)

Lenesha, from Newcross, south east London, then had to pay £186 to fly her cousin to Berlin with her passport to guarantee she could return to Luton on Sunday evening.

She said: ‘It’s scary to think that I got through. God knows who else could do this too. I feel very lucky but the staff at Luton didn’t check the passport properly.

‘It’s scary to think who else could get in and out of the country using a different passport. It is most definitely a security risk.’

Lenesha keeps her passport in a folder at home, alongside Josiah’s and one belonging to daughter, Saphie, six. 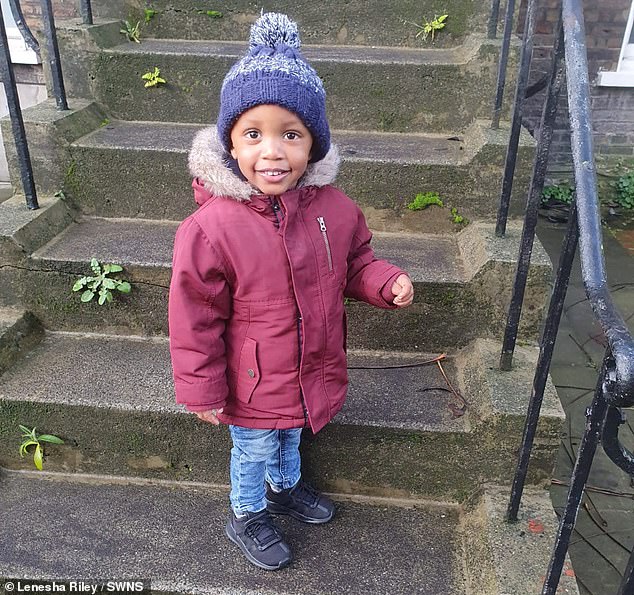 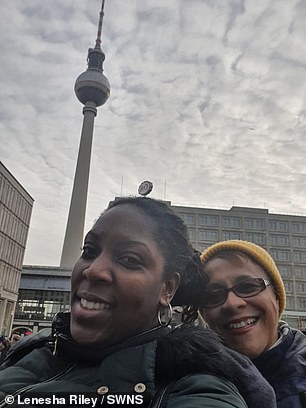 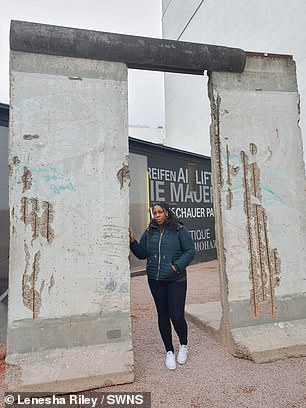 She flew on Friday night and claims her passport was scanned when she boarded the plane without any problems – despite it not matching her boarding pass.

Lenesha said: ‘When it was time to board the plane the passport was scanned and the lady just gave it back to me.

‘Then I just carried on walking and got onto the plane. At the time I didn’t realise it wasn’t my passport. I got to Berlin and had the passport out for security and that’s when I realised.

‘It felt like my heart sank to my toes and I thought ‘oh my god’.

Lenesha said when she explained her mistake to customs officials at Berlin Airport she was almost refused entry to the country.

She claims security staff did allow her access – but only after one of her relatives sent photographs of her passport and she provided those as proof at the security check.

Security officials at Berlin Airport told her in order for her to fly back to the UK, she would need to acquire valid travel documents.

Lenesha looked into having the passport posted out via next day delivery – but she said she was quoted more than £1,000 for a direct courier service to Europe.

This meant she had to pay for flights for her cousin to meet her in the German capital with her passport.

Lenesha said: ‘I am usually very organised so for me to do this was such a shock. It caused me so much stress when I was supposed to be enjoying myself.’

An easyJet spokesperson said: ‘EasyJet works closely with all of our airports and partners to ensure the safety and security of all passengers and staff.

‘We can confirm that the correct passport details had been submitted online in order to gain access to the boarding pass and Miss Riley went through full security screening ahead of the flight’s departure however, the additional visual check carried out prior to boarding should have picked up the passport issue.

‘As such we are investigating how she was able to travel from Luton to Berlin with the incorrect documentation.

‘easyJet offered a free of charge transfer to a later return flight so that arrangements could be made to obtain the correct documentation. The safety and security of our passengers and crew is the airline’ highest priority.’

A London Luton Airport spokesperson said: ‘At no point was security at the airport compromised, as all passengers and their luggage must undergo searches mandated by the Department for Transport.

‘Airlines will typically check the passport of a passenger before boarding an aircraft.

‘We’re working with easyJet to understand what happened on this occasion.’