Mother-of-two, 46, dies in hospital a week after a drink driver ploughed into her tent as she slept at a north Wales holiday campsite

Anna Evans, 46, was one of three people injured on August 19 at the Rhyd y Galen site

A woman left in a critical condition after a drink-driver ploughed into the tent she was sleeping in has now died.

Anna Evans, 46, was one of three people injured in the incident on August 19 at the Rhyd y Galen campsite near Caernarfon in Snowdonia, North Wales.

Mrs Evans, a mother-of-two who was married to Huw Evans, a groundsman at Aberystwyth University, was taken to hospital with life-threatening injuries, but she died yesterday evening.

Her relatives had said in a statement earlier this week: ‘From the whole family we would like to say thank you to everyone for the messages of support.’

Dozens of friends pledged their support on her husband’s Facebook page. Three other people injured in the incident have since been released from hospital.

Detective Inspector Andy Gibson said; ‘Our thoughts are with Mrs Evans’s family and friends at this very sad and distressing time for them. 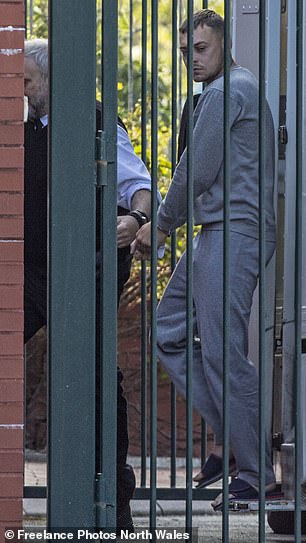 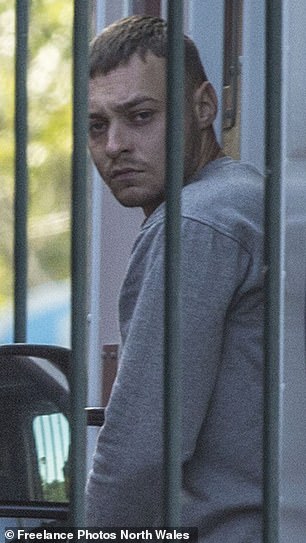 Jake Waterhouse, 26, is pictured outside Llandudno Magistrates’ Court in Wales on August 21

‘The investigation into this tragic incident continues and we are liaising closely with the Crown Prosecution Service.’

The motorist had been drinking heavily before taking a friend’s car and driving around the site at 2am on August 19, Llandudno Magistrates’ Court was told.

Gareth Parry, prosecuting, said Waterhouse injured two people in one tent before crashing into a second tent, injuring both people inside and causing life-threatening injuries to one of them. 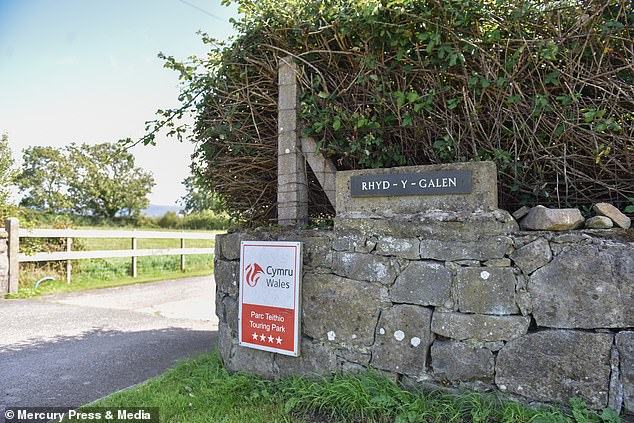 Waterhouse was remanded in custody until September 23 at Caernarfon Crown Court. Defence solicitor Carys Parry made no application for bail and said he had told her: ‘I deserve to be punished.’

During an eight-minute hearing, his voice breaking, he admitted causing serious injury to Ms Evans by dangerous driving, having no insurance or licence and failing to provide a breath specimen.

Wearing a grey sweater and flanked by two security guards, Waterhouse entered no plea to driving a Subaru Impreza dangerously.

Mrs Parry said: ‘He takes full responsibility for the devastating events of the early hours of Monday morning on this campsite. He’s truly and deeply remorseful for his actions. 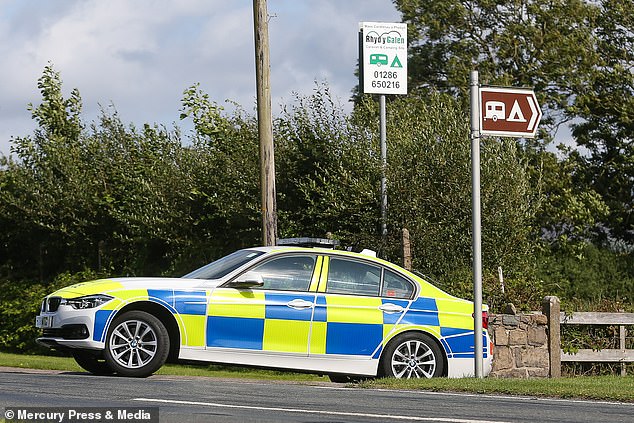 ‘It’s only proper I tell the court his thoughts over the last two days have been with the victim of his offending and her family.

‘He accepts and recognises he will be facing a lengthy custodial sentence as a result of his actions. He told me ‘I deserve to be punished’.

‘The fact he’s given no indication to dangerous driving is simply because there’s some uncertainty as to whether that should be an alternative to the more serious offence of causing serious injury by dangerous driving.

‘It’s not an indication he doesn’t accept the prosecution case. He’s not instructed me to make a bail application. He accepts he will start serving his sentence as of now.’ 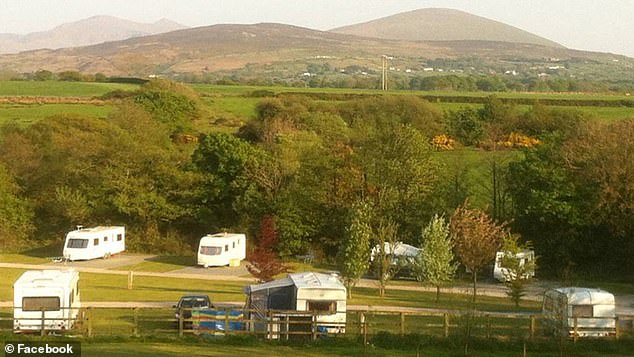 A second man has been released under investigation, pending further enquiries.

Detective Chief Inspector Sion Williams described the incident as ‘disturbing’, and said a second man had been released under investigation, pending further inquiries.

Police said last week that Ms Evans had been in a critical condition in hospital. Two men and a woman who were also hurt were discharged from hospital last week.

North Wales Fire and Rescue Service said two fire engines were sent to the scene. One casualty was left trapped and freed by police before being taken to hospital.