Mother-of-two, 39, who was told she is ‘too young for cancer’ is diagnosed with stage 4 disease after feeling a tumour while on the toilet

A mother told she is ‘too young to have cancer’ has revealed she was reassured she was fine – until she found a tumour ‘sticking out her bottom’.

Beth Purvis, then 37, was sure she had irritable bowel syndrome (IBS) after doctors said her symptoms were nothing to worry about.

She was told twice to return only if her symptoms got worse. However, the mother-of-two, from Essex, felt something was wrong while on the toilet one day in 2016.

She told the Mirror Online she saw ‘blood’ after going to the toilet and felt something strange, as well as experiencing pain.

Mrs Purvis, now 39, said: ‘I felt something was stuck, when I went to wipe it away there was a lot of blood and I could feel something fleshy.’

She was taken to Princess Alexandra Hospital in Harlow for what she thought was a rectal prolapse – but while there she was told she had stage four bowel cancer.

Beth Purvis, 37, was told she had stage 4 bowel cancer after being rushed to the hospital with tumours sticking out of her bottom 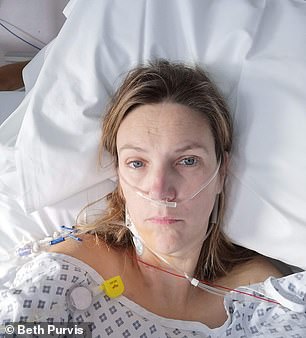 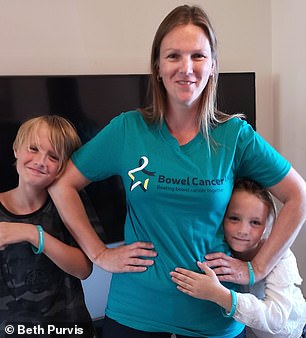 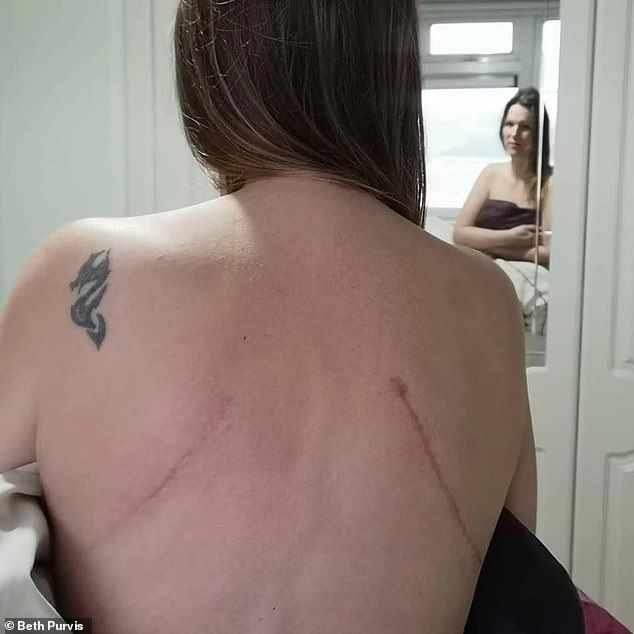 Later, after it was discovered she had damage to the nerves outside the brain and spinal cord, more surgery was needed

WHAT IS THE NHS’ BOWEL CANCER SCREENING PROGRAMME?

Weeks later she began chemotherapy but, in 2017, the disease had spread to her lungs.

Later, after it was discovered she had damage to the nerves outside the brain and spinal cord, more surgery was needed.

Mrs Purvis, married to Richard 47, said: ‘I thought it was going to mean treatment was over.

‘But three weeks after my reversal I developed a rectal, vaginal fistula – that’s a hole between the two.

‘Everything was coming out of the wrong place, it was awful. Then I had to have my bum sewn up.’

After even more chemotherapy, Mrs Purvis had her lungs operated on at The Royal Brompton in London and later was finally declared cancer free.

She told Mirror Online: ‘Right now I’m back on chemotherapy to try and keep the cancer away as long as possible, but I’m feeling OK as I am on a less aggressive treatment.

‘I get tired and a few other relatively minor side effects, but that’s a small price to pay to keep me here for a bit longer.’

Patients have just a seven per cent chance of surviving for five years if they are diagnosed with stage four bowel cancer. In comparison, the odds are 97 per cent for those with stage one.

Symptoms include bleeding from the bottom, blood in stools, a change in bowel habits, unexplained weight loss and abdominal pain. 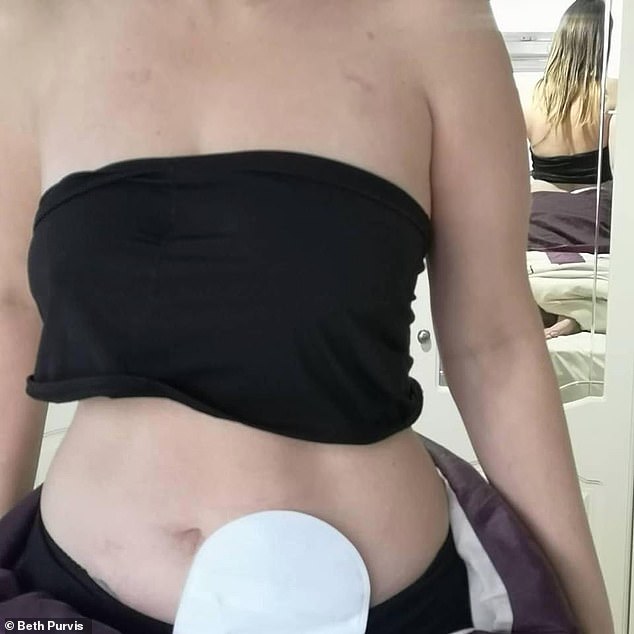 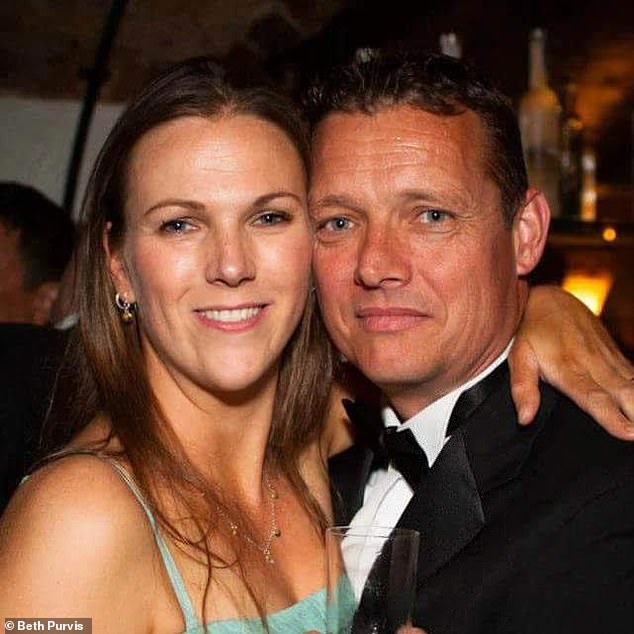 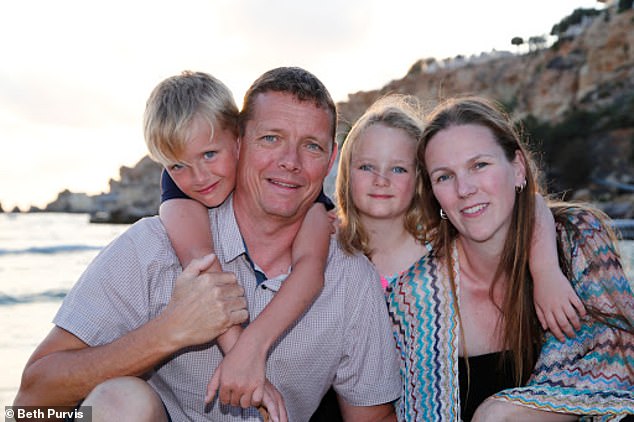