Johnson & Johnson has been hit by yet another multi-million dollar jury verdict in favor of a woman who says asbestos in its talcum baby powder gave her cancer.

Joanne Anderson, 66, claims she used the baby powder frequently to keep her hands and feet dry for bowling, was diagnosed of mesothelioma, a form of cancer linked to asbestos exposure.

Hers is one of thousands of court cases brought against Johnson & Johnson over powder.

A Los Angeles court awarded $4 million in punitive damages to Anderson and her husband on Wednesday after getting $21.7 million in compensatory damages.

Anderson, who lives in Williams, Oregon was diagnosed with mesothelioma after using Johnson & Johnson’s (J&J) baby powder for years, she claimed in the court case.

She is an ‘avid’ bowler and frequently used the talcum-based powder on her hands and feet, as well as on her two now-adult children, Judy and Wayne, when they were young.

Baby powder is made of finely crushed talc, a naturally occurring mineral.

Talc is harmless on its own, but another mineral called tremolite is a biological process of the same geological shifts, so deposits of the two minerals are often found close together.

Tremolite, however, contains fibers of the carcinogenic substance asbestos, which has been known to corrupt cells and lead to mesothelioma, a cancer of the linings of several organs – most commonly the lungs – which kills more than 40,000 people a year globally.

Because the two minerals are found together, trace amounts of asbestos have been periodically found in talcum powders.

Anderson and her husband, Gary, brought just one of at least 6,000 cases against Johnson & Johnson and several other companies, claiming that the powder led to her cancer.

Anderson and her husband in 2017 had sued J&J, a unit of Imerys SA, Cyprus Amax Minerals, a unit of Brenntag, Honeywell International and other local talc suppliers, but it was not immediately clear which of those companies were subject to the remaining damages award.

Of the $21.7 million the jury awarded in compensatory damages, J&J was assigned 67 percent, with the rest distributed among other defendants.

The Wednesday verdict marked the second trial loss for J&J over similar allegations.

Last month, a 46-year-old investment banker from New Jersey was awarded another $80 million in his case against J&J, bringing the cases total value to $116 million.

J&J has vehemently denied that its talc products contain asbestos or cause cancer, citing decades of testing by independent laboratories and scientists. But plaintiffs claim that asbestos and talc, which are closely linked minerals, are intermingled in the mining process, making it impossible to remove the carcinogenic substance. 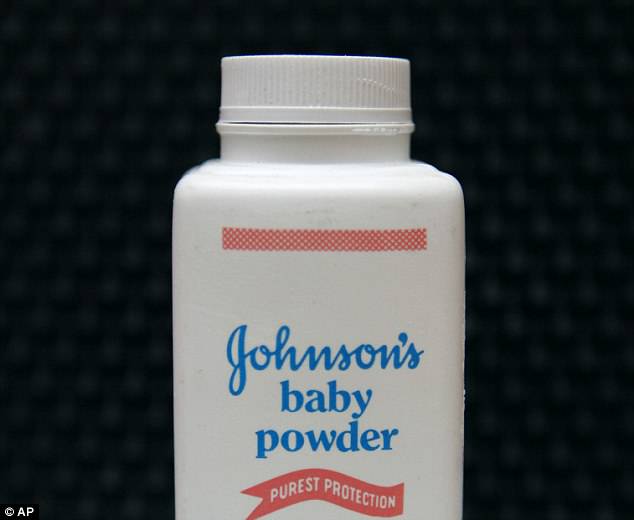 Some 6,000 court cases have been brought against Johnson & Johnson over its baby powder

‘While we are disappointed with this decision, the jury has further deliberations to conduct in this trial and we will reserve additional comment until the case is fully completed,’ J&J said in a statement.

J&J has also been battling some 6,000 cases claiming its baby powder caused ovarian cancer, but the talc litigation has taken a new focus in recent months with plaintiffs claiming the widely used product causes mesothelioma due to alleged asbestos contamination.

A New Jersey state court jury in April ordered J&J and its talc supplier, a unit of Imerys SA, to pay $117 million to a man who alleged he developed mesothelioma due to asbestos exposure from J&J Baby Powder. An appeal is pending.

A California jury in November last year cleared J&J of liability in another mesothelioma lawsuit.

The company and Imerys, as well as a local unit of US drugstore chain Rite Aid, are also facing another mesothelioma trial in a South Carolina court.