A woman racially abused a takeaway worker when he refused to trade fried chicken for sexual favours.

Staff gave her four free chicken wings in the hope she would stop shouting at them and leave the eatery.

But this failed to pacify her and she continued to be aggressive.

The worker and the takeaway manager then tried to escort her out of the shop, and as they did so Fielding slapped the server’s face and hurled racist abuse at him.

Fielding then kicked and struggles against a police officer as they tried to handcuff her on September 29.

The officer had recognised her as someone they had spoken to earlier that evening. She was only wrestled to the floor and restrained with the help of a second officer. 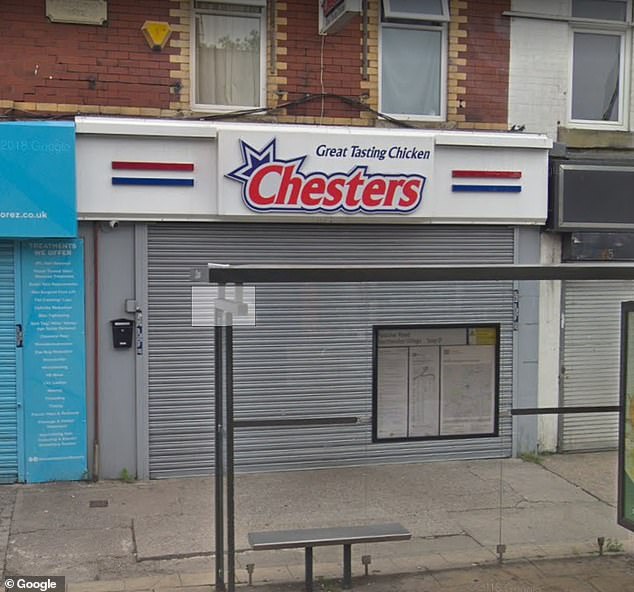 But Fielding then kicked out and spat at one of the officers, narrowly missing his face.

She claimed she was acting in self defence and said she wanted to make a complaint about the takeaway worker in a police interview.

But CCTV footage was recovered and Fielding pleaded guilty to causing racially aggravated harassment, alarm or distress, assault by beating and two counts of assaulting a police officer.

This offending also meant she was in breach of a suspended sentence, imposed after she tried to smuggle drugs into prison. 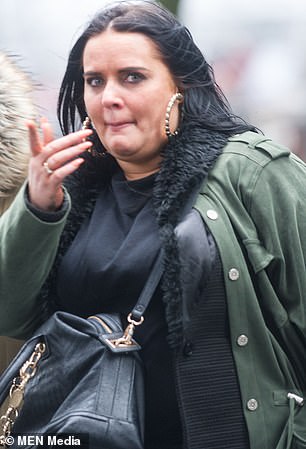 Fielding, from Wythenshawe, has 12 previous convictions which prosecutors said were ‘almost all’ for battery or public order offences.

She said Fielding has had drink and drugs problems in the past, but that these are now behind her.

The barrister appealed for Fielding to be spared jail, saying that the mother-of-four would be ‘at risk’ in custody.

The judge, Recorder Geoffrey Payne, accepted that she has a ‘tragic personal history’.

‘Because of the mitigation very eloquently put on your behalf I am prepared to take what some may regard as a lenient and exceptional course today,’ he said.

The judge warned Fielding that this was her ‘last chance’, before sentencing her to an 18 month community order.