Vanessa George, 49, has been released from prison, it emerged this morning

The mother of a potential victim of  Vanessa George has written a devastating letter to the paedophile upon her release from prison.

George, 49, a former nursery worker, was jailed for a minimum of seven years in 2009 after she sexually assaulted up to 30 babies and toddlers in her care.

She photographed herself abusing the children at Little Ted’s nursery in Plymouth and then sent the images to other paedophiles she had met online.

Today, following George’s highly controversial release from prison, a mother of a child who was left in her care as a toddler penned a heartbreaking letter to the newly-freed sex offender.

In a letter handed to ITV News, the mother, who says she once considered George a friend, wrote: ‘What you’ve left me with is a legacy of pain and constant reminders of the past.

‘A 13 year old child that still wets the bed and has never had a sleepover at a friends house.  A child that has had counselling and social problems since they were 18 months old. A child that finds it difficult controlling his emotions who is full of rage at times.’

The woman says she feels ‘full of shame, guilt and disgust’ and ‘waits until her kids are in bed to sob’. 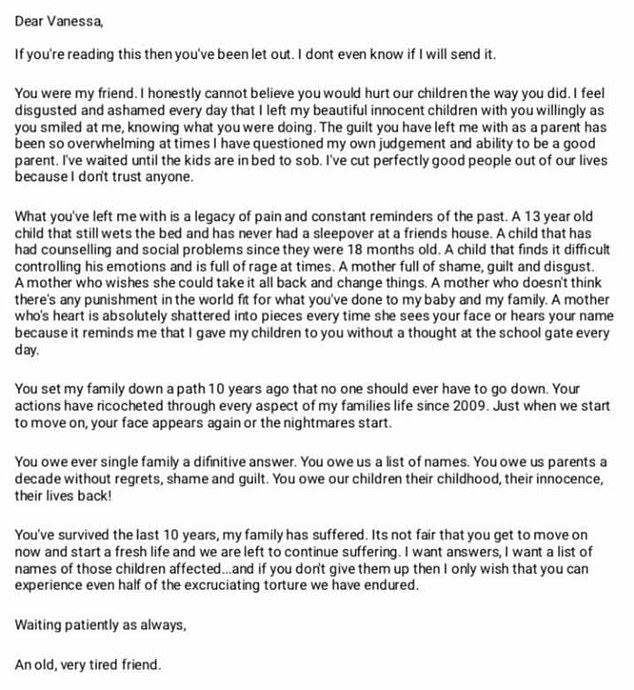 A mother has penned this devastating letter to George, telling how her child suffers and demanding she reveal the truth about her crimes

The woman demands George comes clean over which children she abused to put the parents out of their torment.

She continues: ‘You owe every single family a definitive answer. You owe us a list of names.. You owe us parents a decade without regrets, shame and guilt. You owe our children their childhood, their innocence, their lives back!’

In July, despite outrage from her victims’ parents and MPs, a Parole Board panel ordered her release after she’d served 10 years behind bars and she is free today.

Victims’ parents are furious that she still won’t reveal how many children she abused or which children were her victims.

Following her release today, a father who had a child at the nursery, told the BBC’s Victoria Derbyshire programme that he was ‘disgusted’. 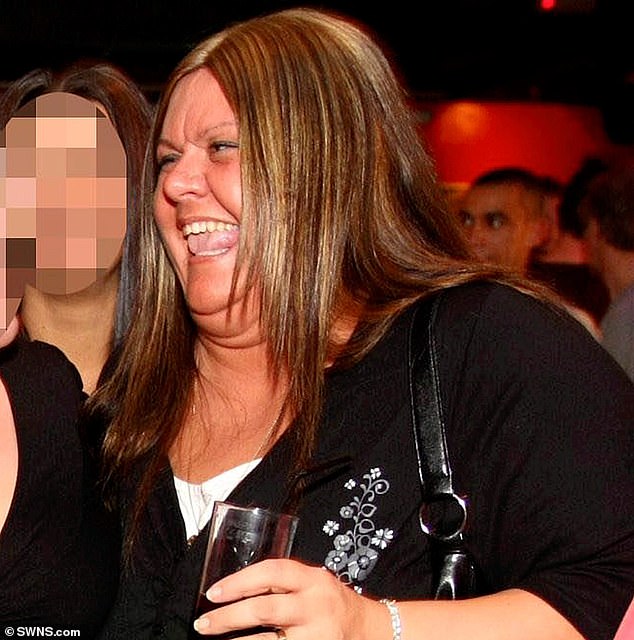 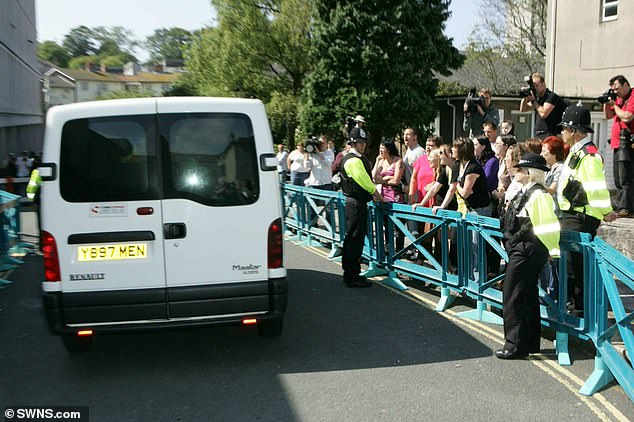 Crowds gather near a van containing Vanessa George as it is driven from Plymouth Magistrates Court, June 11, 2009. She was charged with making and distributing indecent images of children and assault by penetration

The father added: ‘I knew this was coming, but to find out on the day it’s already happened has made it worse. Again, no consideration for the victims.

He previously told the programme: ‘Our sentence is still carrying on. The only time she’s feigned remorse is in her first interview.

‘I believe that woman is still a danger to children. She’s had those urges before. I don’t think they will ever go away. I think there’s a very, very strong possibility she could do it again.’

A father of another potential victims claimed he would kill her if he ever saw her out on the street.

The father, who still does not know if his daughter was one of the victims, said earlier this month: ‘The whole process from start to finish has been a mess. She should never be released.

‘The parents, myself included, have been offered no support. We’ve had this dropped on us and just left. Only the probation service have offered some support.’ 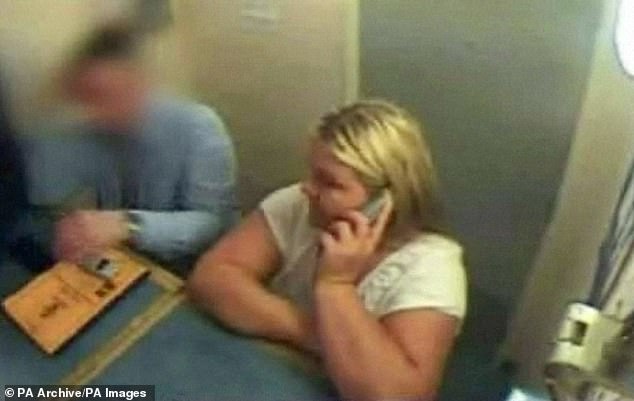 Why has George been cleared for release?

The Parole Board’s reasons for releasing Vanessa George have been made public. Their report states:

‘Vanessa George only served ten years and is being released early. The victims and their families now have a life sentence ahead of them of not knowing whether it was their child who was abused or not.

‘Vanessa George chose not to end the suffering of these families or give them any certainty. She should not be released because she has not named her victims.

‘The parole conditions mean she can never return to Plymouth, Devon or Cornwall. But she will have to settle somewhere and they need to have the resources to ensure she has no contact with children or can make contact with her victims.

‘People I know in Plymouth share in my anger, frustration and disgust. I firmly believe that Vanessa George should be behind bars, not walking our streets. This is a dark day for British justice.’ 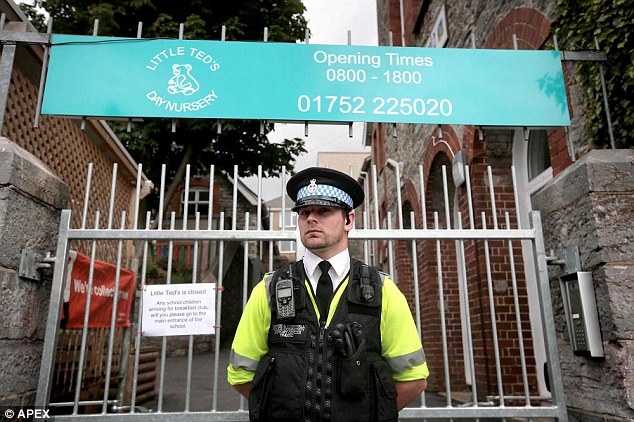 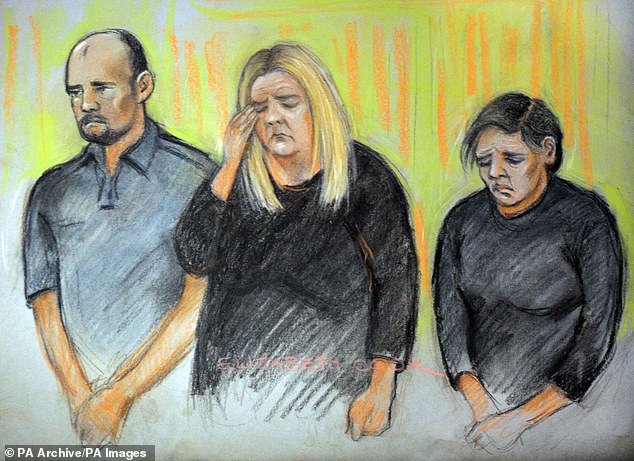 The betrayal of trust that shocked Britain

She admitted 13 sexual assault charges in October 2009, but the classroom assistant maintained a cruel silence over the names of children she sexually assaulted.

In an unprecedented open letter to Vanessa George’s victims earlier this month, the Chief Probation Officer Sonia Crozier assured family members that she will be put under ‘extremely strict’ restrictions when she leaves prison within days.

In the letter, Miss Crozier said she knew George’s release was worrying to the people of Plymouth, ‘where memories of her abuse are still vivid and frightening’.

But she said the Parole Board had imposed an ‘unusually large’ exclusion zone preventing the criminal from returning to all of Devon and Cornwall.

One of George’s family members, who does not wish to be named, said: ‘There are so many people who feel very strongly about what she did. It’s no wonder they are stopping her from coming back to Devon. It’s probably safer in prison for her.’

‘You owe us an answer’: Mother of potential victim’s heartbreaking letter to Vanessa George

‘Dear Vanessa, If you’re reading this then you’ve been let out. I don’t even know if I will send it.

‘You were my friend. I honestly cannot believe you would hurt our children the way you did. I feel disgusted and ashamed every day that I left my beautiful innocent children with you willingly as you smiled at me, knowing what you were doing.

‘The guilt you have left me with as a parent has been so overwhelming at times I have questioned my own judgement and ability to be a good parent. I’ve waited until the kids are in bed to sob. I’ve cut perfectly good people out of our lives because I don’t trust anyone.

‘What you’ve left me with is a legacy of pain and constant reminders of the past. A 13 year old child that still wets the bed and has never had a sleepover at a friends house. A child that has had counselling and social problems since they were 18 months old.

‘A child that finds it difficult controlling his emotions who is full of rage at times. A mother full of shame, guilt and disgust. A mother who wishes she could take it all back and change things.

‘A mother who doesn’t think there’s any punishment in the world fit for what you’ve done to my baby and my family. A mother whose heart is absolutely shattered into pieces every time she sees your face or hears your name because it reminds me that I gave my children to you without a thought at the school gate every day.

‘You set my family down a path 10 years ago that no one should ever have to go down. Your actions have ricocheted through every aspect of my family’s life since 2009. Just when we start to move on, your face appears again or the nightmares start.

‘You owe every single family a definitive answer. You owe us a list of names.. You owe us parents a decade without regrets, shame and guilt. You owe our children their childhood, their innocence, their lives back!

‘You’re survived the last 10 years, my family has suffered. It’s not fair that you get to move on now and start a fresh life and we are left to continue suffering. I want answers, I want a list of names of those children affected… and of you don’t give them up then I only wish that you can experience even half of the excruciating torture we have endured.

Late 2008/early 2009: George, Blanchard and other woman, Angela Allen, exchange child abuse images online. Detectives believe they may have been involved in a three-way contest to take the most depraved pictures.

June 6, 2009: Blanchard is arrested at Manchester Airport after his business partner discovers indecent images on his computer

June 8, 2009: George is arrested, her computer and mobile seized. She is identified from Blanchard’s computers and interviews.

June 11, 2009: George first appears in court, sexual assault and making, possessing and distributing indecent images of children. Members of the public shout at her and spit from public gallery.

July 11, 2019: It emerges that the parole board have approved George’s release.