A mother plied her 15-year-old son with liquid morphine, prescriptions drugs and alcohol, causing his death, an inquest found.

Holly Strawbridge, 34, gave a cocktail of drugs and booze to her son Tyler Peck at their family home in Salcombe, Devon, in February 2019, causing him to overdose.

Tyler, 15 at the time, died from very high levels of Oramorph, liquid morphine, and Gabapentin, a strong painkiller, given to him by his own mother, senior Plymouth and south Devon coroner Ian Arrow said on Wednesday.

Both medications were prescribed for Strawbridge’s own medical needs.

She was found guilty of giving her son prescription drugs leading to his death and jailed for ten years at Plymouth Crown Court in January this year.

Strawbridge was also found guilty of supplying Class-A drugs to another child under 16 and two counts of child cruelty.

A jury found her guilty on all counts by unanimous verdicts.

In February of 2019, Strawbridge shared powerful painkillers with Tyler and a friend in the kitchen of their family home in Devon.

She poured caps of liquid morphine into the alcohol they were drinking and gave them strips of Gabapentin. 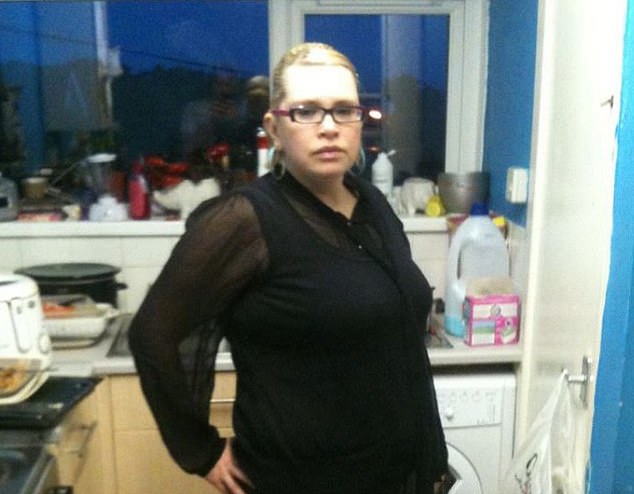 Strawbridge drank beer, schnapps and shared drugs with her son and his friend, the jury heard

The teenagers were also given spirits to drink by Strawbridge, and they sniffed aerosols and smoked cannabis, Plymouth Crown Court heard at the time.

Tyler had also used Ecstasy, Codeine and Diazepam during the evening, the inquest heard – the latter two prescribed to Strawbridge.

Before arriving at his mother’s house that evening with two friends, the court heard Tyler had spent the afternoon at a friend’s drinking alcohol and taking MDMA.

After the evening binge later on, Tyler went to sleep in his mother’s living room.

But the cocktail of drugs he had taken, some of which was encouraged by his own mother, caused his central nervous system to collapse.

Tyler’s breathing became difficult and he subsequently slipped into a coma. 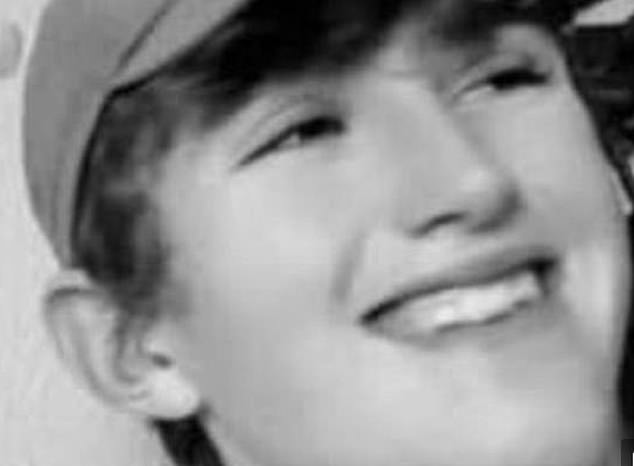 Tyler Peck was regularly given drugs by his mother ‘to help him cope with life’, the court heard

Strawbridge lay hugging her son as paramedics ceased CPR and Tyler was pronounced dead at 11.58am on February 2, 2019.

Devon police said Strawbridge should have been the one person Tyler could rely on ‘to protect him from harm’.

At the nine-day trial Judge Paul Darlow told Strawbridge: ‘You took a misguided pride that your house was a place where 14 and 15 year olds could go and get hammered.’

He adjourned sentencing until January of this year, remanding Strawbridge into custody – but warned her jail was inevitable. 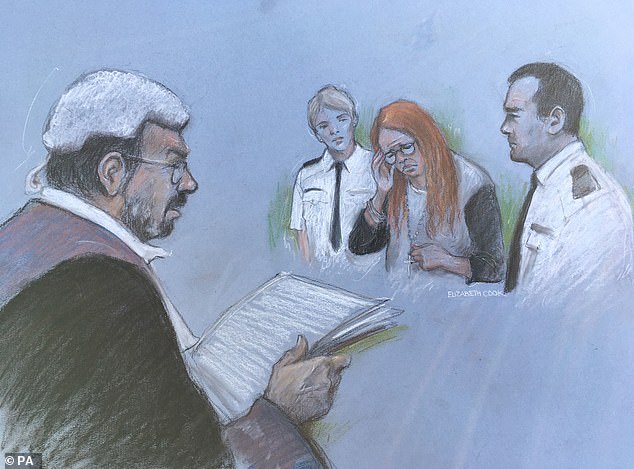 An artist’s impression of Strawbridge during the trial, seen here weeping into her hand

Strawbridge wept as she was led away in handcuffs after being found guilty on all counts of supplying prescription drugs to her son leading to his death, Class-A drugs to another child under 16 and two counts of child cruelty.

At the time she denied being aware of Tyler’s drug use and of giving either of the boys anything other than beer. Tyler had a history of drink and drug abuse.

She also claimed Tyler’s friends invented stories about her supplying them with drugs and that Tyler’s father Ryan had offered them money to do so.

At the trial the court heard Tyler started smoking at age nine and using cannabis at 12, before moving on to harder drugs by 13.

Tyler had mostly grown up with his father and stepmother, but was permitted to live with Strawbridge for the last four months of his life – despite concerns of his mental health worker and social workers.