‘What an absolute legend!’ Mother praises honest DHL delivery driver who found $50 in her front yard and placed it in her letterbox

A mother who accidentally dropped a $50 note in her front yard while rushing out of her house has praised an honest delivery driver who placed the cash in her letterbox.

The Sydney woman only noticed she had lost the note when she went to pay for breakfast at her local cafe.

Resigning to the fact that the note was gone forever, the mother was shocked to discover a message in her letterbox when she returned later that night.

A DHL delivery driver, known only as Wayne, had spotted the $50 note while doing his morning route and decided to conceal it in a ‘sorry we missed you’ letter.

‘I found this $50 on your front lawn. Wayne,’ the simple message read.

The mum took to Facebook to praise the driver for his thoughtful act.

‘What an absolute legend! I was in a rush leaving the house this morning and grabbed a $50 to get breakfast,’ she wrote.

‘I got to the coffee shop and couldn’t find my $50 anywhere. I checked my car and wallet, but it was nowhere to be seen.

‘Wayne you are amazing, good to see there are still people like you around.’

Dozens of other people praised Wayne for his act of kindness on social media.

A DHL executive who came across the Facebook post said he would find Wayne and thank him personally for the good deed. 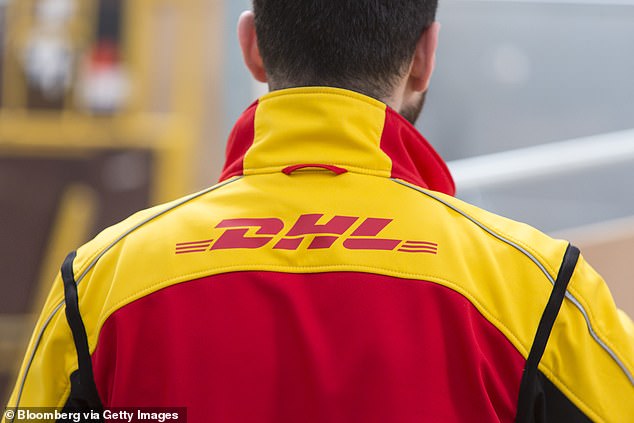