How an eye test ‘saved my daughter’s life’: Mother reveals an optometrist spotted her two-year-old’s killer brain tumour during a check-up

A mother has thanked an optometrist for saving her daughter’s life after he spotted she had a brain tumour during an eye test.

Karen Lee-Johnston took two-year-old Erika to the opticians in Glasgow in March after noticing her right pupil was constantly dilated.

The youngster, known as Boo, was also vomiting, very thirsty and had regressed to crawling due to poor balance.

Vision Express optometrist Aaron Spears discovered Boo was showing symptoms of a craniopharyngioma tumour and made an emergency hospital referral.

The rare mass affects around 30 people each year in the UK and is most commonly found in children.

Karen Lee-Johnston, 33, took two-year-old Erika (pictured togehter) to the opticians in March where she was told her daughter was suffering from a debilitating brain tumour 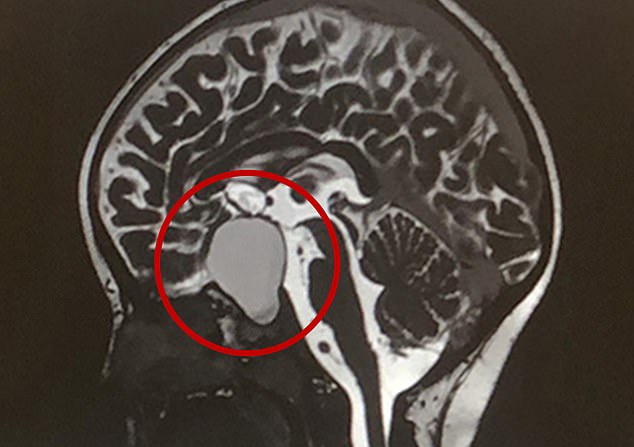 The youngster, known as Boo, had a craniopharyngioma tumour growing behind her eyes (circled) which had robbed her of vision in her right eye and left her struggling to walk

Craniopharyngiomas are non-cancerous but can cause a host of health issues because they grow near the base of the brain, just above the pituitary gland.

The tumours can lead to growth problems in children, loss of eyesight, headaches and a build-up of pressure around the brain which leads to sickness.

Ms Lee-Johnston said: ‘We were waiting in a shared ward and a nurse told me she would look after Boo whilst I spoke to a doctor in a private room – at this point, I felt sick.

‘There were a lot of nurses and doctors in this tiny room and I’m a straight up type of person, so I said, “This isn’t good news, is it?”. One of the neurosurgeons said, “No.”

‘The doctor told me that she most likely would have died if we had left it another one or two weeks.

‘One in 20million get this type of tumour and even though it’s benign, the oncologist said it’s in a malignant place.’

The family were told that Boo had completely lost her vision in her right eye and she underwent surgery to cut the tumour out and save the sight in her left eye.

The widowed mother-of-three, whose husband died in 2017, said: ‘Thankfully, following the surgery her sight came back in both eyes – it was a miracle.

‘People don’t believe me when I explain what has happened to our family and I suppose it is quite extraordinary, but it could happen to anyone.

‘Her future won’t be easy but she’s alive and has her sight – Aaron saved her life.’ 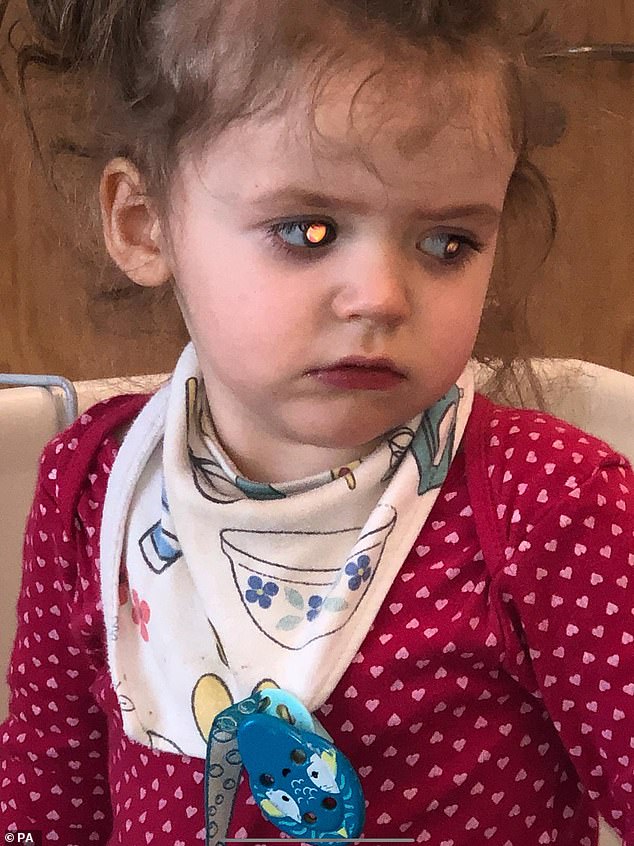 Her mother took her to the opticians in Silverburn, Glasgow, after noticing her right eye was very dilated (shown) 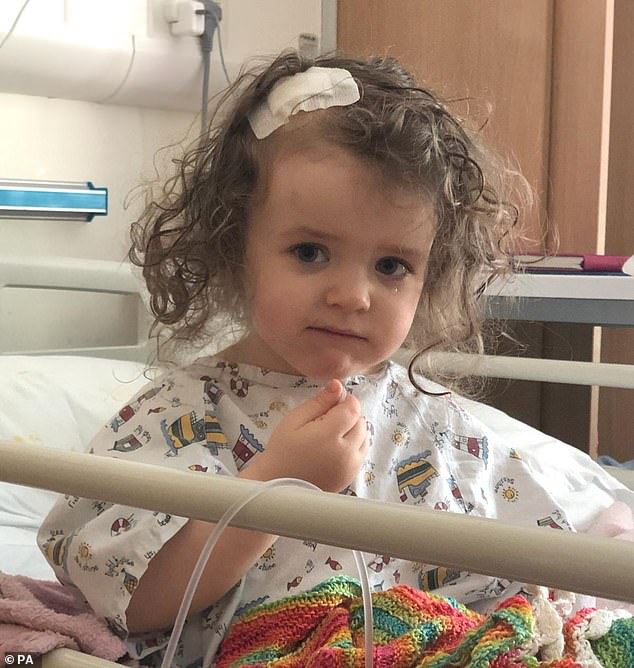 Boo is due to start her first cycle of chemotherapy shortly to reduce the tumour further. Ms Lee-Johnston is sharing her daughter’s story as part of National Eye Health Week.

She urged others to pay attention to warning signs and have them checked.

Vision Express optometrist Aaron Spears said: ‘Boo was showing classic symptoms of a craniopharyngioma tumour, which grows above the pituitary gland – a pea-sized gland that controls many vital functions.

‘This explains why Boo was often unstable on her feet and was having optical issues.

‘Thanks to the referral, she got her scans and the consultant phoned me back later to say I had made a good spot.

‘Parents with any concerns for their children’s sight should have it checked out at their local optician as soon as possible.’

WHAT IS A CRANIOPHARYNGIOMA TUMOUR?

They can affect adults but are more common in children.

Craniopharyngiomas usually grow near the base of the brain, just above the pituitary gland.

Craniopharyngiomas do not usually spread.

Because they grow close to the pituitary gland, they can cause changes in the way that it works. Symptoms of craniopharyngiomas include:

– changes in hormone levels. In adults this might cause difficulty getting an erection and irregular periods.

Symptoms can develop suddenly, which means that you feel unwell quickly or they can develop more slowly.

Craniopharyngiomas are rare tumours which affect just 30 Britons each year.

In children, between six and 13 out of every 100 brain tumours (6 to 13 per cent) are craniopharyngiomas.

In adults, between one and three out of every 100 brain tumours (1 to 3 per cent) are craniopharyngiomas.

Most people have surgery. You might need radiotherapy after surgery if your surgeon hasn’t removed all of the tumour.

You might also need hormone replacement therapy if you have changes in the levels of hormones.

A brain surgeon removes all the tumour, or just a select part depending on where the tumour is.

Some tumours are close to important parts of the brain such as the optic nerve and the hypothalamus.

You usually have radiotherapy after surgery. This is to try to stop the tumour from coming back.

You might also have additional radiotherapy if the tumour comes back.

Many people with a craniopharyngioma have changes in their hormone levels. This is due to either the tumour itself. Or as a side effect of treatment.

You might need to take hormone replacement therapy to help with this. The type of hormone you take depends on your individual needs.