Like every mother, Kayla Murphy noticed drastic changes to her body after giving birth to her two children.

She thought breast implants would be the ‘cheapest and easiest’ way to build her confidence back.

But the Perth woman’s $6,000 surgery in March 2015 would cost her years of suffering and depression – and cost nearly triple to have the operation reversed.

Metals and toxic chemicals from the implants even leaked into her skin, and were impossible to properly remove, leaving her with a lifelong breast cancer risk.

The removal operation cost an eye-watering $16,500 after the mother-of-two was left feeling ‘suicidal’ as her heath quickly deteriorated.

Kayla Murphy, 30, from Perth (pictured), had breast implant surgery in 2015 to boost her body confidence after noticing changes in her body after having children 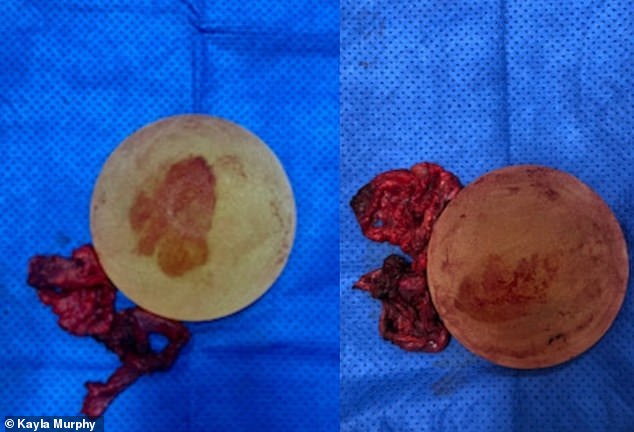 Ms Murphy said: ‘one was implant was clear how it should be, and one was yellow. My body trying to break it down and get it out of my system’

‘The doctors said it was too difficult to get out and it has metals and toxic chemicals from the implant which leaks into my skin.

‘I have to get routine scans yearly to see if I am clear of a list of cancers that my  implants cause because some of the capsule is stuck around my ribs.’

Ms Murphy said she first began noticing a few symptoms shortly after the initial surgery, which she hoped would restore her breasts to their prenatal fullness.

By the time the implants were removed four years later, she counted 30 worrying changes in her body.

‘About six months after surgery I started getting sinus infections and I had never had them before,’ she said.

‘Three years later I was swamped with symptoms. I kept getting urine infections that I couldn’t beat and cold sore after cold sore. My immune system was down and I kept getting sick.

‘Every day felt like I had a hangover. I was nauseous, sick, dehydrated and there was constant pressure on my brain. 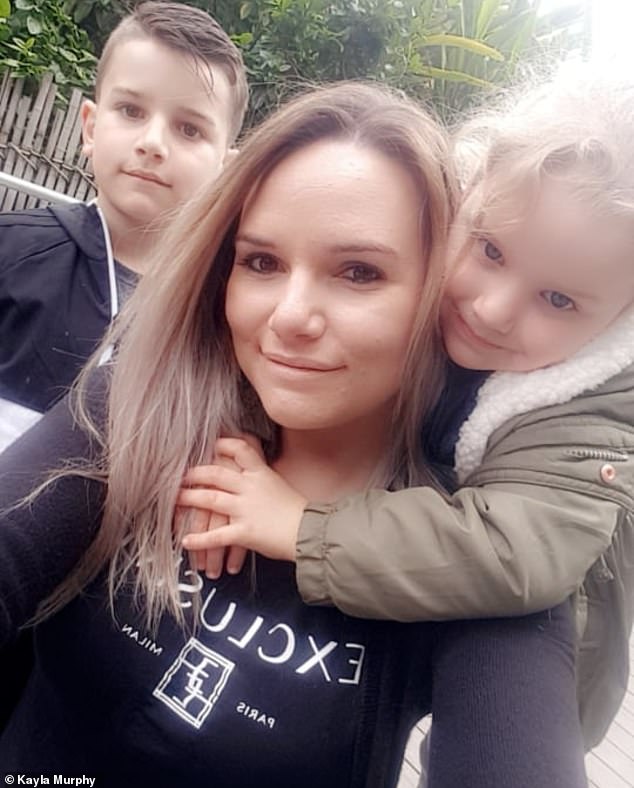 ‘I started getting suicidal thoughts. I felt like there was something seriously wrong in my body. I felt like I was dying.’

In 2016, Ms Murphy started getting regular tests of her antibodies after a family member was diagnosed with an autoimmune disease.

While all other doctor-ordered tests over her symptoms came back clear, her antibody results were progressively getting worse each year.

Working, studying, and busy raising her children, Jay, 10, and Alexis, 7, Ms Murphy put her ill-health down to fatigue, an explanation backed up by doctor’s claims that ‘nothing was wrong’.

It wasn’t until she came across a breast implant illness website in August 2019 featuring other women’s stories that she began to consider her augmentation as the cause.

At first she did not want to believe the implants were the culprit, but her unexplained high antibody results suddenly made sense.

Ms Murphy realised if she wanted to end her catalogue of ailments they needed to be removed. 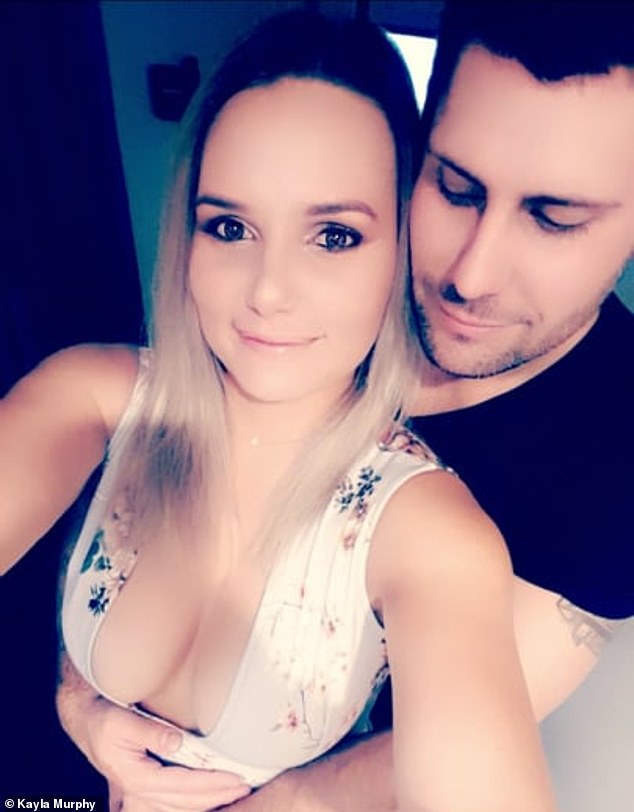 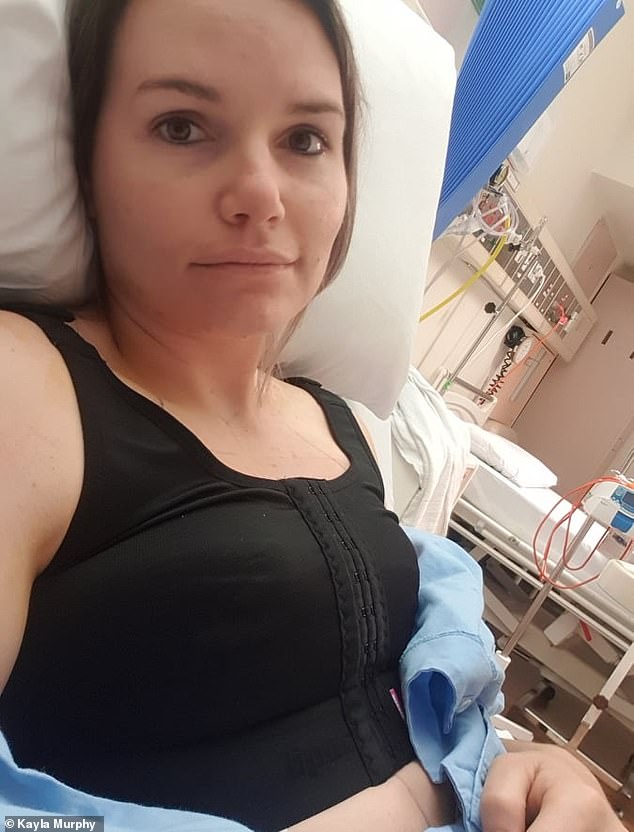 The mother-of-two (pictured) paid almost triple the cost to have the implants removed in 2019. She is pictured in hospital after the removal operation

‘I was going to get it done in the public system but there was a six month wait so I ended up going private.

‘Once I booked, I went and sat in my car and bawled my eyes out because a month was still too long.’

Of 573 cases of BIA-ALCL, an immune system cancer, 481 were reported to have Allergan breast implants at the time of diagnosis.

During the removal, doctors were not able to fully retrieve the capsule, scar tissue that forms around any kind of implant, which can absorb chemicals from the foreign material.

It broke open during the process, leaving any toxins it may contain still in her body.

Ms Murphy, a FIFO heavy diesel sitter apprentice, said her doctor never warned her of the potential ramifications before she had her surgery.

Two months after the removal, a test revealed Ms Murphy still had high levels of metals including mercury, titanium, and nickel in her system.

‘The ones that are worse for you were the ones I was highest in,’ she said.

‘That was why I couldn’t function. And my body was trying to filtrate it through my kidneys which was why I was having UTIs. 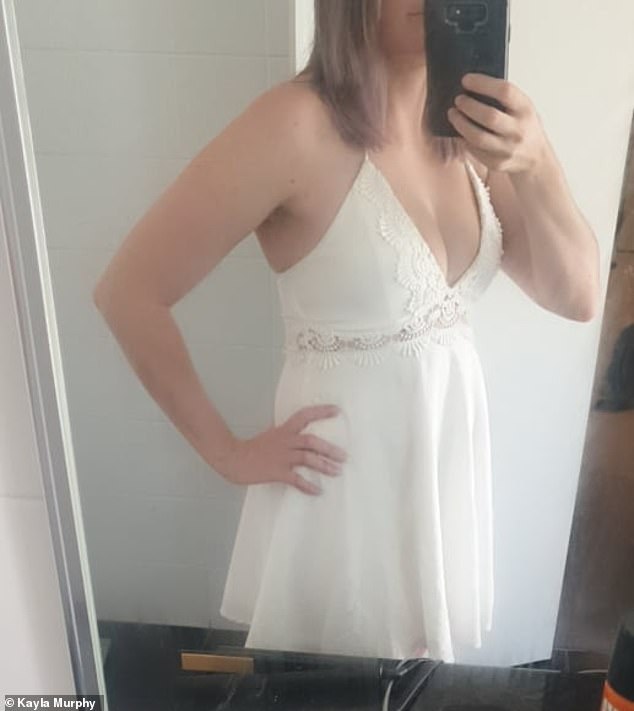 ‘When I spoke to the doctor after the removal, one was implant was clear how it should be, and one was yellow. My body trying to break it down and get it out of my system.

‘The metal, toxic chemicals used create a breast implant was just leaching out into my body. ‘

‘Your body is fighting something. your automatic response it to push it out. Your immune system goes down. It wreaks havoc. You don’t think of something that small could be it but is like a domino effect on your system.’

While 25 of Ms Murphy’s 30 symptoms have since disappeared, she said she is still facing an uphill battle and struggles with food sensitivities that did not previously exist.

She said it will take up to two years for her body to detox from the toxins, but they should eventually dissipate.

The mother-of-two is now urging other women to reconsider going under the knife for the sake of beauty.

‘Don’t do it. Your body is beautiful as it is,’ she said.

‘You always think it won’t happen to me.’

‘Don’t put foreign things into your body to make you feel better. It will take away your health. It may not take one year, it may not take five but it will catch up to you.

‘Health is more important than aesthetics.’